I don't think anyone was surprised to see that America's unemployment rate has hit new highs last month (since last September). What may have surprised some, though, was the almost immediate drop in stocks that followed. Here is a statistical chart posted by CNN Money... 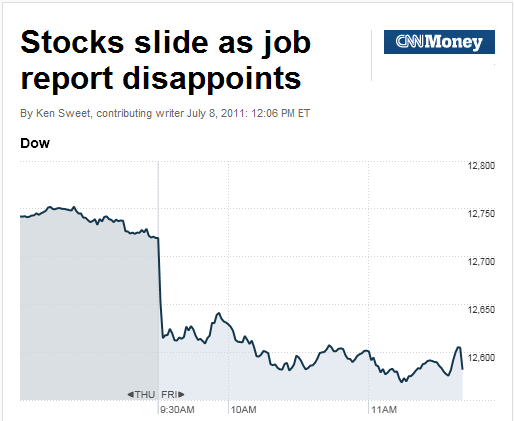 As always, we would love to hear your thoughts on this current situation or even where you think things may go from here. Be sure to share in our comments section!