Traders who study their time frame charts religiously will learn how to pick out certain indicators that can help to forecast a trend. Identifying these indicators early will help you to get a jump start on entering and exiting a trade at just the right moment to maximize your profit. 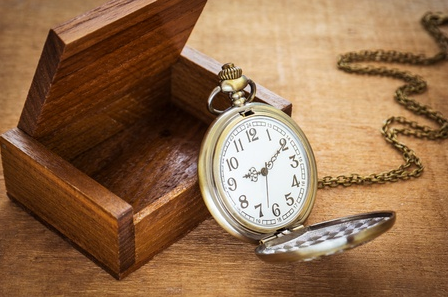 A time frame chart is a simple method used by traders to get a clearer picture of the direction pairs are heading. You choose the length of time you want to study, say 2-hour increments for short term goals or 8-hour increments to study the long term trending of a pair. The chart will show you the averages during that time, smoothing out the variations to make it easier to see the important details you need to know.

Two of the tools that your moving averages will help you base trades off of are reversals and breakouts.

A reversal trade is knowing when a currency is going to make a sudden move in the opposite direction.

To spot this you will first need to identify a strong preceding trend. This is characterized by long candles placed closely together moving in one direction. The preceding trend is important in helping to identify when the reversal will take place.

Now that you can identify the reversal, you need to apply that knowledge to your trading plan. Naturally you want to enter the trade just as it hits the reversal and exit before it makes another one. Knowing when that is going to occur is the hard part. If you use multiple time frame charting, you can chart the likelihood of the next reversal and enter where your linear pattern indicates another strong reversal.

This simple method of reversal trading is always my recommendation to new traders as a way for them to learn how to read multiple charts and put what they are seeing into trading power.

A breakout strategy encourages a trader to buy higher and sell lower during a strong market trend.

When a currency breaks out, it has surpassed the line of support or resistance. This is a move that is easily spotted on your moving time chart. What you will note is that the period right before the breakout is characterized by tight peaks and valleys, indicating a volatile market. If you can predict when another breakout will occur, you can maximize on your earning potential.
Triangle patterns are sometimes obvious on a chart when there is a breakout. There will be a sharp, almost straight line that will slope gently after the reversal. That sharp line is caused by the tight buying and selling patterns consistent with a volatile market. The decline of the triangle is what is known as the consolidation period.

When used in practice, most traders will look for the price to go above the line of resistance rather than below the support level. You can use your trend lines from your multiple time charts to help predict when this will happen and also by looking for triangle patterns that are forming. When coupled with the tight pattern, these two tools are very useful to identify a possible break out.

There are dozens of other patterns that traders will look for when trying to predict a breakout. My preference is the flag which occurs when there was a strong move in one direction that is followed by a slow correction. If that tight range breaks in the same direction as the earlier strong move, the trade becomes active.

Another pattern that is favored is the wedge, where the period before the break out is following the trend. The range narrows slowly as the trend evolves and the preferred trade would be a reversal one. An ascending wedge is best for a bearish break out while the descending wedge works better with a bullish breakout.

Breakout trading is as diverse as the Forex market itself. There are theories, patterns and strategies that all differ depending on the trader’s preference. You will need to find the one that gives you the most confidence to enter a trade that will hopefully result in you catching the break out. Manage your risk wisely during this time to allow yourself room to experiment with this trading style.

Casey Stubbs is the founder of WinnersEdgeTrading.com which is one of the most widely read forex sites on the web. Winners Edge Trading has trained thousands of people to trade the Forex markets.

One thought on “A Basic Guide to Understanding Reversals and Breakouts”