Shares of PCLN severely underperformed the market last year, losing half a point in 2014 versus the S&P 500’s return of 83%. This comes as a surprise, considering Priceline’s FY 2014 EPS is expected to have grown by 26% YOY when full-year earnings are announced on February 19th. With its current price sitting just 2% above its 52-week low point, PCLN has become an incredibly undervalued stock and an obvious buying opportunity for long investors. 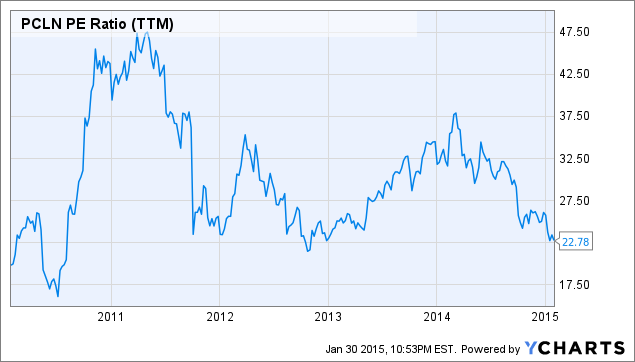 At 22.8, Priceline’s P/E ratio is in the lower echelon of its 5-year range. This means that an investor who buys PCLN today will have paid less for each dollar of earnings than the vast majority of investors who’ve bought the stock in the last five years. During that same period of time, the company’s earnings increased more than four-fold, growing by 327% in just 5 years—an effective annual growth rate of 33.6%. According to the analysts’ consensus estimates, Priceline’s non-GAAP earnings are expected to expand by another 16% next year, giving the stock a forward P/E of 16.6.

Furthermore, Priceline’s bottom lines are expected to grow at an annual rate of 19.4% through the next 5 years (source: FinViz). Using this growth rate, the stock’s PEG ratio is just 1.18, which represents an abnormally low growth-based valuation for a well-known company whose market cap exceeds $50B. If Priceline performs anywhere near its long-term earnings expectations, I believe this stock will greatly outperform the market.

The 23 analysts covering the company have set a mean price target of $1,335.65/sh. This represents a 32% increase from PCLN’s currently quoted price.

As you can see in the ratings above, the majority of analysts maintain either a “Buy” rating or an “Outperform” rating on the stock. This is unusual for a stock that’s been performing as poorly as PCLN, considering how analysts typically don’t unanimously project a stock to reverse its price trend. However, the high degree of conviction in which they’ve done so is a sign that Priceline’s investors are due to enjoy much higher returns in the coming months.

Priceline Will Eventually Start Returning Cash to its Shareholders

The company’s board of directors is receiving pressure from Priceline’s investors to either pay a cash dividend or start buying back stock. The 4-digit stock price is relatively high for a publicly traded issue, allowing for less liquidity than the numerically cheaper alternatives which are trading on the open market. Therefore, a stock buyback probably wouldn’t have the desired effect on Priceline’s share price; whereas if the company decides to take the dividend route, shareholders can rely on receiving a guaranteed cash payment every 3-4 months. That said, it would be a much more effective means for Priceline to return cash to its shareholders through a dividend distribution program, as opposed to a share repurchase program. 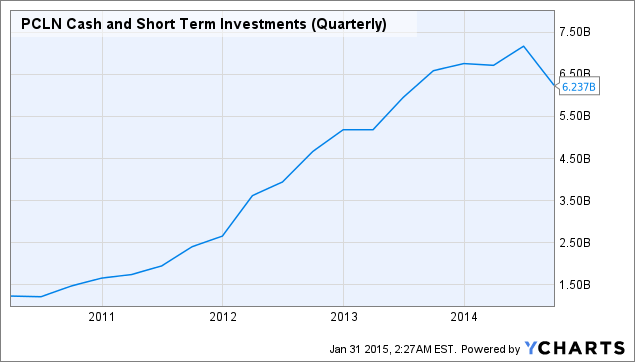 Although it’s not a definitive arrangement, it stands to reason that Priceline will eventually start dishing out to shareholders the large pile of cash it’s been accumulating. Looking at the chart above, the company is currently holding onto $6.24B, or $119.08/sh in cash. This figure has grown by 405% in the last 5 years and 2.5K% in the last 10 years. Hopefully, Priceline will eventually address the fast-growing, unnecessarily large amount of cash on its books, make the right decision, and begin returning it to its deserving shareholders.

I believe it’s likely to happen sooner rather than later. With a current ratio of 4.6, the company has more than enough financial flexibility to make it happen. Priceline has $5.715B in Net Working Capital, or $109.06/sh. Priceline even has the ability to pay off the entirety of its debt (i.e. its total liabilities) using only its current assets. The remainder, known as “Net Cash,” amounts to $853M ($16.28/sh). It seems inevitable that Priceline will eventually begin forking over—at minimum—the amount Net Cash that it’s holding, otherwise it will only be eaten away by inflation if it decides to continue hoarding it.

Given Priceline Group’s extremely attractive growth-based valuation, I highly recommend initiating a long position at its current price level. Along with me, the 23 analysts covering the company agree that PCLN is due to excel throughout the remainder of this year.

Furthermore, if you’re willing to hold onto this stock for the long-term, I’m confident that in due time you’ll be receiving an additional return through a quarterly dividend payment. If and when that happens to be the case: Due to Priceline’s 4-digit share price, I’d recommend taking full advantage of a Dividend Reinvestment Program (DRIP) as a cheap and effortless way to increase the size of your position.

Many are concerned about Priceline’s exposure to the Euro, and as a result, they’re bearish on the outlook of the business. While I’d argue that foreign exchange fluctuations are highly unlikely to have a significant effect on Priceline’s long-term success, I also understand the durable nature of investors’ convictions. If your views of Priceline Group align with that sentiment, I’d ask you to take into consideration that the market might very well be exaggerating the potential effect of forex fluctuations on the company’s long-term business. If you’re willing to acknowledge that possibility but are still unwilling to alter your stance on the stock, then purchasing call options is probably your best bet.

The current asking price is $40 for the 1240.0 Call expiring January 15, 2016, which will be “in the money” if and when Priceline’s stock price increases by at least 23% in the next 349 days. Purchasing this option is a bet that at some point within the next year, PCLN will surpass a price that’s 7% below the analysts’ 12-month price target, giving you the potential to profit by $190.52 for each option purchased if that assumption is in fact correct. Priceline was also quoted above $1,240/sh as recently as last September (less than 5 months ago). Any option that’s structured in a similar manner as this one is a great buy for those investors who hold a “lukewarm” view on Priceline Group’s 2015 performance, but who found my analysis on the stock to be convincing.

Word of the Day 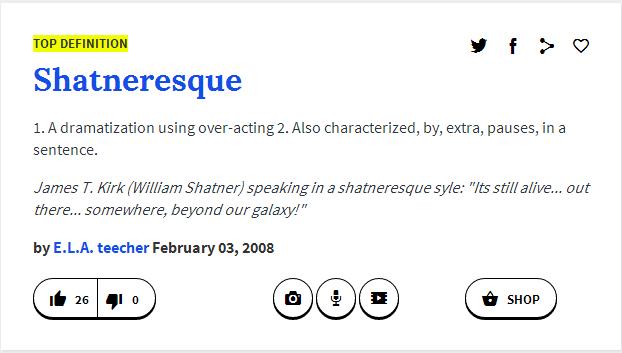