This morning, famed hedge fund manager, George Soros, who made $1 billion betting against the Bank of England some years ago, thought it was a 50/50 proposition that Greece would exit the euro. My feelings are it's closer to 100%, and it's just a matter of time before Greece implodes. The bottom line is, they don't want to pay back the money that they have borrowed in the past. 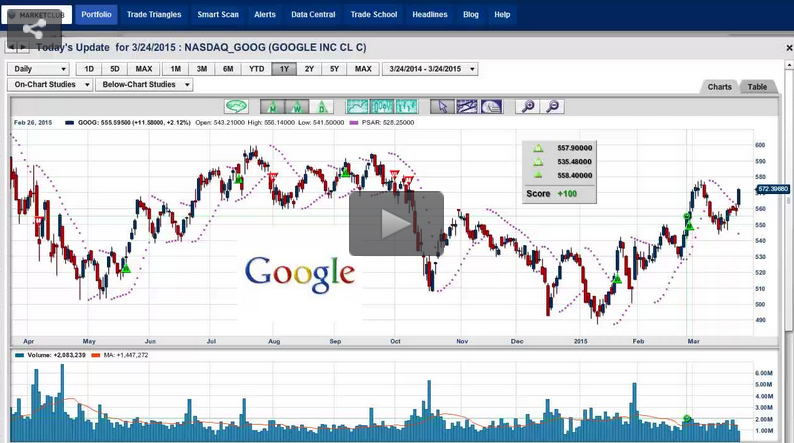 If and when this happens, the financial ramifications will have a profound effect on the world. Whether this means a run to hard assets like gold or the beginning of an inflation cycle, it is too early to tell.

Also this morning, the president of the Federal Reserve in St. Louis, James Bullard, stated that 0% interest rates were no longer appropriate in the United States and another rate hike in the summer would still leave the policy extremely accommodative. I still think the Fed is between a rock and a hard place and has been for some time. It is going to take inflation to get them out of the pickle that they are in.

Looking at the markets, it would appear as though the indexes are all set to move to higher ground as retirees and fixed income folks are looking to get a better return on their money. Eventually, this will create a crowding or bubble effect which will have negative implications on the market in the future. For now, the trend is your friend and that trend is still bullish for equities, in my humble opinion.

Today I will be looking at the major indices, gold (FOREX:XAUUSDO) and silver (FOREX:XAGUSDO), which are both putting in strong performances. I'll also be following up on my weekend trade and time permitting, I'll be looking at two or three other stocks that are presenting trading opportunities.