As seen on the above monthly chart, the metal price has shown quite simple zigzags with vertical soaring during the period between 1977 and 2001. Palladium had flown sky-high to $1090 level and then it had fallen in 2002 down to the $145 mark, giving back almost all of its gains. Indeed, it was a bubble burst.

But like a phoenix, the metal started with a quick recovery and reached the breathtaking height of $912 last year. This time the ascending move had more complex zigzags inside of the trend.

I labeled the first move up as the "AB" segment and the current growth cycle is within the "CD" segment, which is equal by distance to the "AB" segment. Target for the "D" point is the $1200 level or double of the level we have now. The "BC" area is a deep correction, but the "C" is still above the "A" level and therefore the market is bullish so far.

The market has reached 3/4 of the target and has entered into a consolidation/correction phase. The price has fallen below the first support at the 38.2% Fibonacci retracement level and would confirm the breach price should close of the month be below the $618 level.

Near Future: Bears Are In The Last Swing Down 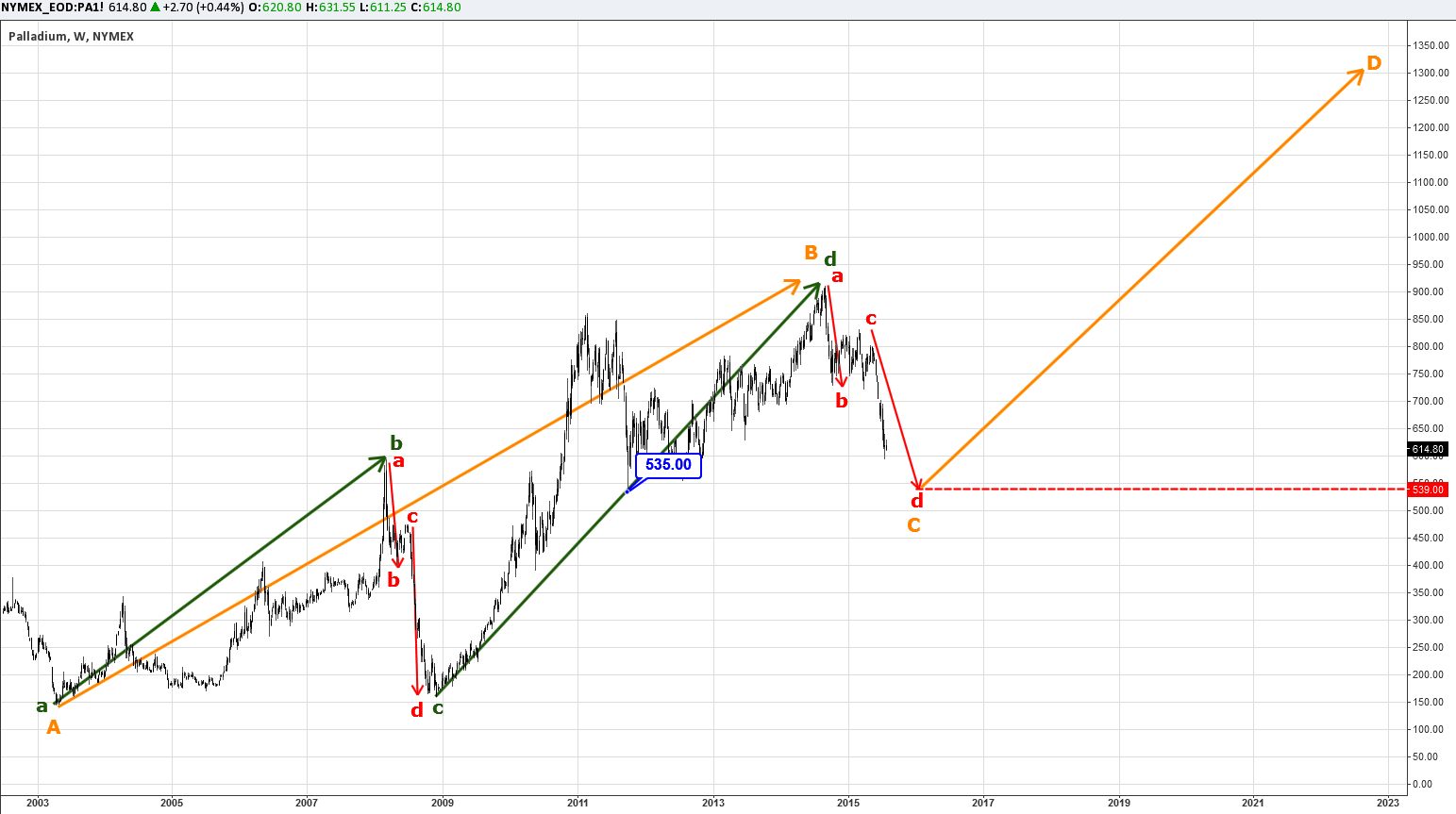 When I was building the chart above, I found common Fibonacci ratios between different segments which once again proves the power of these magic numbers.

The monthly blue "CD" segment consists of the 2 golden segments depicted on this weekly chart. The golden "AB" segment has been finished and now we are in the correction phase that is highlighted by the two right red segments labeled as "ab" and "cd". Taking into account the past price development of the correction, I have measured the right red "cd" segment as 1.618 of the right red "ab" segment by analogue of the left red segments where "cd" = 1.618 "ab".

The outcome of calculations is highlighted in the red dashed horizontal line at the $539 mark. That is the projected target for the current correction. This level should be quite powerful as the previous correction had been stopped just below the $535 level (highlighted in blue price label call out) and the 50% Fibonacci level is also slightly below at the $528 level.