I am sure by now you have heard that the citizens of Greece voted no to austerity and the latest deal that was presented to their country.

Here's a question for you, how is it that a small country like Greece with only 6.6 million people can suck in so much money from the international banking community?

It may be just a normal part of the Greek culture that they use deception to get what they want. Look back in history it started with the Trojan horse that the Greeks used to enter the city of Troy and win that war.

More recently in order to gain entry and acceptance into the European Union in 1981 and to later adopt the euro as its official currency in 2001. This was all done with deception, as the Greeks stated that their debt to GDP was 5% when in reality it was 15% and on an unsustainable track. I am sure that the Greeks looked upon it as another Trojan horse and they got what they wanted.

To put this perspective, the Greek economy only accounts for 2/10 of one percent of the world economy. In other words, it's not an economic powerhouse by anyone's imagination.

The question now is with the contentious Greek finance minister Yanis Varoufakis resigning shortly after the 61.3% NO vote, can Greece make a deal. His departure/removal was a clear gesture by Prime Minister Alexis Tsipras that he wants to begin fresh debt renegotiation.

The vote is indicating that Greek people did not want, nor would accept more austerity for their poor beleaguered country. Who in their right mind would vote to hurt and punish themselves? It was a brilliant political move by Prime Minister Alexis Tsipras to call the referendum when he did.

Okay, now for the big question, what's this No vote going to do to the markets?

As you can see on all three major index charts, I have drawn the line in the sand. Until that line is violated the markets continue to be in a broad trading range here in the US. The US markets are going to be largely driven by economic developments and sentiment here and not in Europe.

When the Greek vote was announced late Sunday evening (East Coast Time), the markets immediately came under pressure and dropped 1.5%. Since that time, the major indices have all managed to make back half their losses. 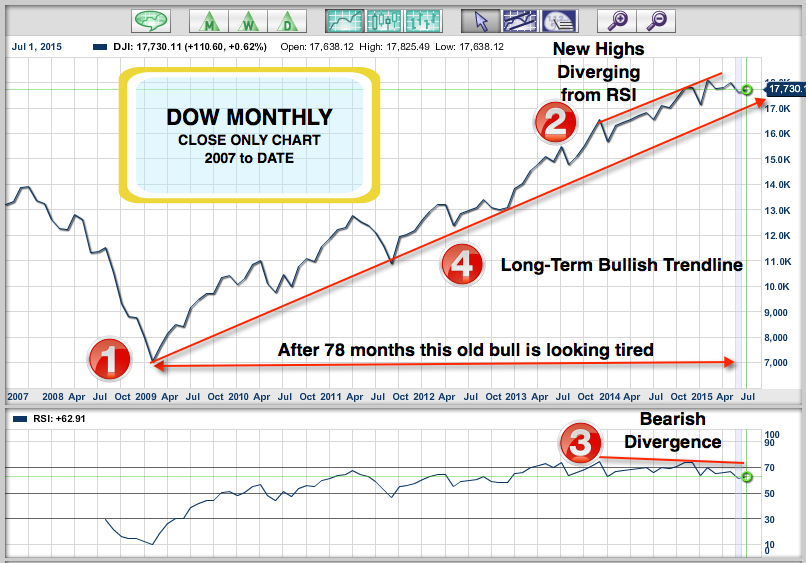 The DOW, which only represents 30 stocks, is not looking particularly healthy as it does have a negative divergence in price action and this bull market is now 78 months old. One of the key levels to look for in my opinion is going to be the 17,000 level. At the moment the Trade Triangle technology is negative on the DOW. The line in the sand for this index 17,000. 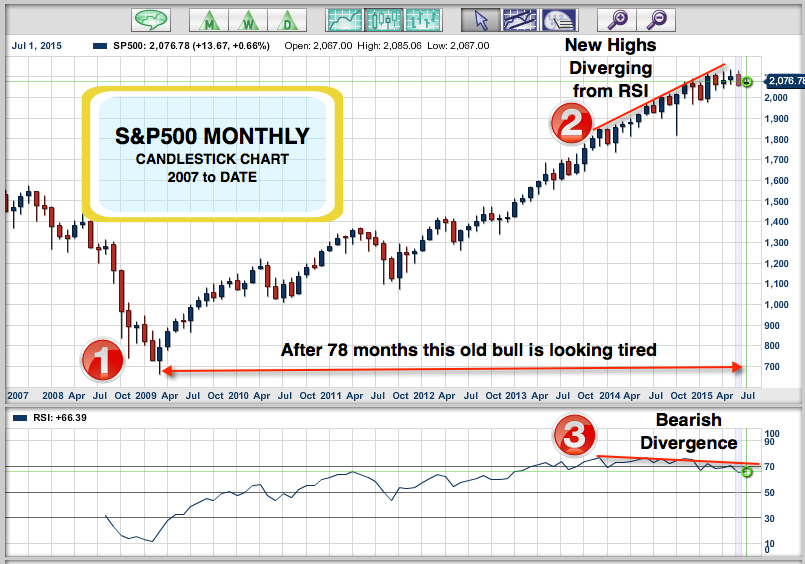 The S&P 500 represents a slightly different picture than the DOW. You can see a negative divergence similar to what is happening in the DOW. The Trade Triangles are indicating a sidelines position in this index with the longer-term trend still in a positive mode. The line in the sand for this index 2,030.

The NASDAQ index is perhaps the healthiest of the three indices however that does not mean to say it is out of the woods yet. I'm still seeing a negative price divergence indicating potential trouble in the future. This indicator is in contrast to the Trade Triangles that continue to show that the longer-term trend is still intact. Based on the Trade Triangles you should be on the sidelines in this index at the moment. The line in the sand for this index 4,840.

With all the yearlong turmoil in Greece the markets have barely moved. I think now that the vitriolic and crazy Greek finance minister out of the picture, Greece may still have an opportunity to repair its differences and make a deal with the ECB and it European partners.

Either way, it's going to be interesting summer.

Thank you for taking the time to read this post and every success in the markets. Always remember, at MarketClub we have your back.

15 thoughts on “The "NO" Vote Heard Around The World”