After the close, Amazon.com, Inc. (NASDAQ:AMZN) released its Q4 earnings which were a big market surprise. In a matter of minutes, Amazon dropped over 13%, closing at $550 in after-hours trading. That is a swing of $85.00 or over 20% in one day! 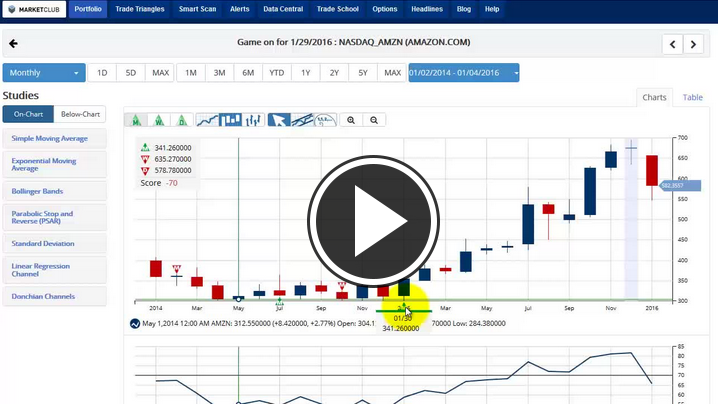 It's the end of the week, end of the month and it's time to talk about the January barometer.

Haven't heard of it? This remarkable indicator was discovered by Yale Hirsh in 1972. The premise of this indicator is pretty simple. When the month of January closes lower than the previous month, it indicates that a bear market is underway.

This year has the hallmarks of having a similar pattern. Many of the major stocks I track are in bear markets with their long-term Trade Triangles in a negative position.

In the past 62 years, there have only been seven times the January indicator was wrong. That gives it an 88% accuracy ratio. Every down January since 1950 has been followed by a continuing bear market with at least a 10% correction or flattened year. Down Januarys were followed by substantial declines averaging -13.9% which provided an excellent buying opportunity for the longer-term.

I will be watching to see how the S&P 500 closes out January today.