Into Thin Air is a best-selling non-fiction book of the 1996 Mt. Everest Disaster written by Jon Krakauer. His book was later made into a movie called Everest which gives a chilling visual account of events that took place on the world's tallest mountain. The phrase "into thin air" refers to the altitude and the lack of oxygen at the summit of Mount Everest. Humans can only stay at the summit of Mount Everest for a brief amount of time before the lack of oxygen will cause them to die. 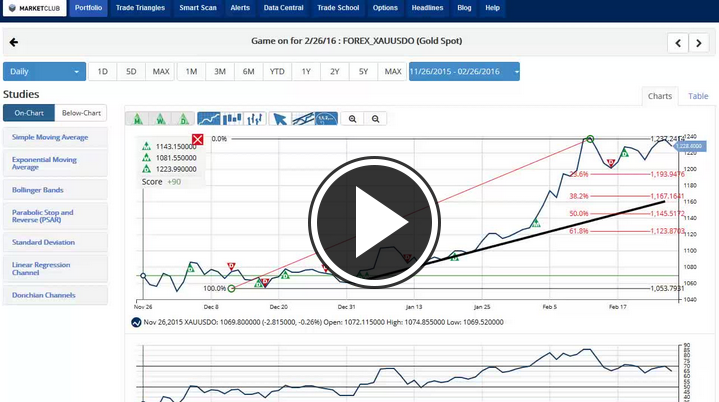 That is sort of how I feel about the markets right now and this particular rally. The major indices without oxygen (in this case, super bullish news) are going to fail. That is how I feel now, but overriding any emotional feeling I have will be the non-emotional Trade Triangles. At the moment, both the Dow and the S&P 500 are indicating a sidelines position. Only the NASDAQ has both the weekly and monthly Trade Triangles indicating a downtrend.

The reason I say that we are getting "into thin air" is the fact that we are now well into Fibonacci retracement levels which historically tend to offer resistance zones in a bear market.

In the near-term I expect the major indices to remain choppy, volatile and remain in a broad trading range.

Today I will be covering levels of resistance for the major indices and what you should be looking for.

Gold (FOREX:XAUUSDO) has pulled back from its best levels and is now lower for the week. This is a reaction to what is going on in the equity markets. You still want to be longer-term bullish on gold. However, I still expect a further pullback from current levels. If you did not see my in-depth report on the gold, you can see it here.

A word of caution - the first two months of this year have been very volatile, perhaps the most volatile beginning of any year in market history. The key in my mind is to remain patient, calm and wait for good trading opportunities to arise as they always do.