The terrorist attack this morning in Belgium once again brought home the fragility of the world we live in. This attack in Brussels, the capital of Belgium, is the headquarters of NATO and the symbolic heart of Europe. The attack on Brussels, in essence, is the equivalent of an attack on Washington D.C. 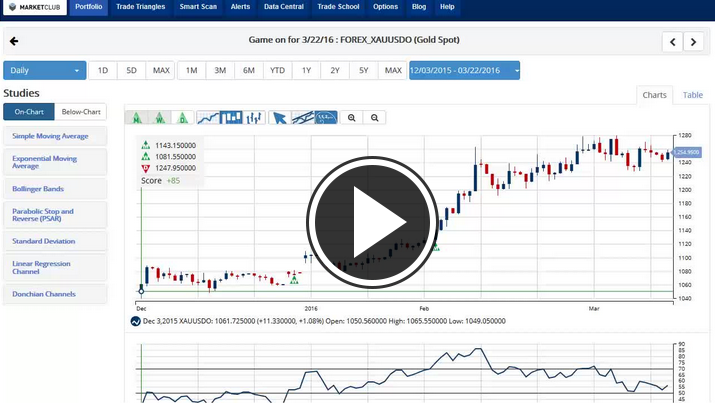 The reaction of the European markets today was surprisingly modest as the European indices lost only an average 0.50%.

In today’s video, I will be looking at how this vicious attack could impact the major indices, gold and crude oil here in the U.S.

Based on the Trade Triangle technology, gold (FOREX:XAUUSDO) is on the sidelines. Based on the long-term monthly Trade Triangle, the major trend for gold remains positive. I like the way that gold is consolidating at its current levels for a move higher in the weeks ahead. Watch the RSI line for the next few days and when you see the daily Trade Triangle turn green BUY.

Our weekly Trade Triangle determines the trend for crude oil (NYMEX:CL.K16.E) and it remains positive, indicating higher prices in the weeks ahead. The only dark cloud I see at the moment is a small divergence in the RSI, indicating that oil may have topped out.

2 thoughts on “Once Again Terror Rocks The Markets”