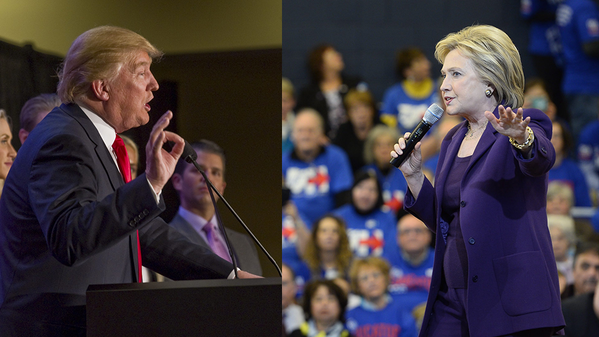 BA: Yes, it would. Also, silver has really lagged the gold price and is now finally starting to show a bit of catch-up. There might be a little bit more bias toward silver over the next year because it has trailed gold so badly.

TGR: Barry, you were selected to be on Zacks Investment Research's Top 10 5-Star Analyst rankings for 2015, and you were ranked No. 1 in North America and Canada for precious metals and No. 3 across every sector in North America. Kudos to you and the firm.

BA: Thanks. It is nice to get the recognition, but I think our success in making that list was in our timing. We turned fairly positive on the major gold stocks at about August of last year, so it allowed us to show some very good relative performance in a market that was not really embracing gold overall.

TGR: Would you give us four or five ideas that are currently on your Buy list?

BA: Starting with the smaller market-cap side of the table, we've been supportive of Balmoral Resources Ltd. (BAR:TSX; BALMF:NASDAQ). We had a real dearth of good quality exploration plays, and we wanted to have at least one exploration play in our portfolio. So we wanted to find a company where the people were of very good quality. Good quality people will generally get you good quality properties. Then, from our perspective, being in capital markets, we'll help the company out with the rest of it.

"Balmoral Resources Ltd. is definitely one of our favorites on the exploration side."

The gentleman behind Balmoral is Darin Wagner. He has a very good exploration track record and is a very good explorationistand certainly one of the better ones north of the border. It's a Speculative Buy for us, but it's only speculative in that the properties we're dealing with are reasonably early stage; we are backing the horses here. Balmoral is definitely one of them because not only has it made two legitimate, significant discoveries already, but it also has just good quality people. It is definitely one of our favorites on the exploration side.

TGR: What company would you like to talk about next?

BA: As we move up the market-cap table, we take a look at Kaminak Gold Corp. (KAM:TSX.V; KMKGF:NASDAQ), which is a development property in the Yukon. Its project economics have a very high rate of return. It also has very good quality people. Eira Thomas, who is reasonably well known in mining, is president and CEO. Kaminak has completed a very robust feasibility study, and now it's really a matter of actually building the mine. We always felt that this company was somewhat overlooked. It's become one of our better performing equities over the last short while, so it has started to gain attention in the marketplace. But we still think that there's probably more in it as it continues to derisk that project and actually get it built over the next three years. Kaminak is still one where we can argue that there is value in a market that surprisingly has bid up a lot of these stocks already.

We also have in our portfolio a number of junior mining companies. These would be companies where there are one or two operating mines and where they are generating cash flow already, but the next stage is to make their next leap of growth. One of them is Argonaut Gold Inc. (AR:TSX; ARNGF:NASDAQ). Ryan is a bit closer to the Argonaut name than I am. Ryan, would you walk through the Argonaut story?

Ryan Hanley: Argonaut is a name that we've covered for quite a while. Because we've had such a strong gold price performance over the last few months, on a relative basis it's outperformed quite a few of the other junior companies that we have under coverage.

Argonaut has about $46 million in cash, which should be enough to get it through the construction phase of a little project called San Agustin in Mexico. San Agustin is right next to its main asset, El Castillo, so we see that as working out well. There are synergies in there given the proximity of the two mines.

One other company I'd like to mention is Richmont Mines Inc. (RIC:AMEX; RIC:TSX); we have been following it for a while. We started looking more closely at Richmont following a management shake-up, when Renaud Adams come in as president and CEO. We knew him from Primero Mining Corp. (P:TSX; PPP:NYSE), where he was president and COO. He also brought along a few other peopleRen Marion, who sits as the chairman of the board, and Christian Bourcier, who used to be the VP and general manager at Casa Berardi. It's a little bit of a more complicated asset to mine. Given that Richmont has an experienced and credible mining team, it was one story that we started to dig into a little bit deeper. We feel it's been one of those kind of turnaround stories. It essentially found the mine by increasing exploration at depth, where results showed that both widths and grades increased substantially below the 450 meter level.

BA: One company that we might be just a little bit opportunistic in and I guess more controversialyou may have seen in the marketplace today [April 18] that Primero Mining is getting punished again. It's off something like 20% on the day and setting a new all-time low. We think the market is over-reacting here.

The primary factor that seems to be preoccupying the market is that the Mexican tax authority wants to vacate a tax agreement it negotiated in 2012. That agreement basically said that Primero would be charged tax based upon its realized silver price as sold to Silver Wheaton Corp. (SLW:TSX; SLW:NYSE) at a $4/oz sale price versus the spot price of silver. That has fairly serious implications for not only back taxes for the period that the Mexican government is now contesting, but it may also actually have the potential to affect the forward tax rate that Primero might pay in Mexico.

The market has stripped out of the value of the stock pretty well all the tax liabilities, which include back taxes and future taxes, that Primero may possibly under worst-case scenario be liable for. We think that's just unreasonable and overdone. We put out a little piece saying, yes, the quarter wasn't quite what we thought it was, but this asset is not broken by any stretch of the imagination, and we have difficulty believing the Mexican tax authorities, after reaching the tax agreement in 2012, will vacate that agreement in its entirety, forcing Primero to pay huge back taxes and a higher future tax rate.

TGR: Barry and Ryan, thank you for your insights.

Barry Allan is vice chair, mining group and senior mining analyst at Mackie Research Capital, and has been with the firm since 1997. He was named to Zack's Investment Research's Top 10 5-Star Analyst list in 2015, ranking No. 1 in North America for precious metals and No. 3 across every sector in North America. Allan has worked in the mining sector for over 30 years, serving as an exploration geologist before becoming a gold and precious metals mining analyst with CIBC, Gordon Capital, BZW and Prudential Bache. He holds Bachelor of Science degree in geology and a Master of Business Administration from Dalhousie University.

Ryan Hanley is a research analyst with Mackie Research Capital, covering the precious metals space, with a focus on junior and intermediate producers, and the mining services space, with a focus on mineral drillers. Hanley joined Mackie in 2010 and prior to becoming a research analyst in March 2012, he spent two years working as a research associate covering the precious metals sector. Hanley holds a Bachelor of Art from McMaster University in Hamilton, Ontario.

5 thoughts on “President Trump? President Clinton? Gold Up In Both Scenarios”