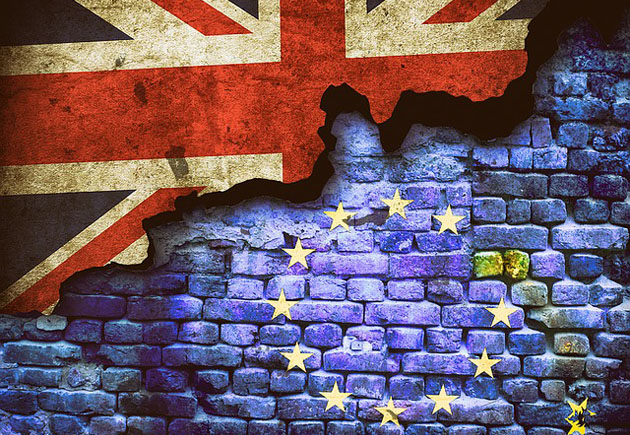 The decision of the British people to leave the European Union in the face of extreme fear-mongering shook the markets initially, but they turned up at quarter end. The vote does not end the uncertainty, of course: the negotiations on Britain's exit, increased agitation against membership in other countries, the change of political leadership in Britain, as well as the potential break-up of the United Kingdom, all add uncertainty to an already turbulent global environment, and markets do not like uncertainty. Brexit also provides yet another reason excuse for the Federal Reserve and other central banks to keep interest rates excessively low for longer.

No doubt, the decision by British voters to leave the European Union opens up some uncertainties about the future, some of which will be around for some time. But much of the fear-mongering ahead of the vote was nonsense on stilts. Judging by the frenetic reaction of the political elite and the markets, you would think Armageddon was upon us.

Their reaction no doubt was aggravated by their clear inability to get the outcome right, to imagine that anyone other than ill-educated, anti-immigrant hoi polloi could possibly even think of leaving their club. Based on the reactions, you would think the British had voted to return to their caves, not simply to leave a bureaucratic, statist, closed-shop (closed, that is, except when it comes to North African "refugees").

The economic consequences for Britain need not be so bad, even in the near term, though a punitive attitude in Europe, particularly among the French, the Dutch and the Brussels bureaucracy will make a sensible withdrawal more problematic. And why would Europe not be hostile? After all, Peter Tusk, the chairman of the uber-bureaucratic European Council, thinks Brexit means "the beginning of the destruction of Western political civilization in its entirety." Only somewhat more temperately, the Dutch Prime Minister said that Britain had "collapsed monetarily, constitutionally, economically." Britain has existed for hundreds of years, long before it joined the European Economic Community (emphasis mine) with a currency and constitution lasting rather longer than those of France, or Germany, or Italy. . .or Holland, for that matter. Others predicted Brexit would lead to the inevitability of World War III.

Of course, if you really believed any of this you would be in panic mode right now. Methinks the "remainers" and Europeans rather over-egged the pudding. The reaction of the British bond market typically, a cautious barometer of the economic outlook would suggest it will not be so dire. It's also worth noting that the British stock market was up over 10% in the week after the vote.

It's Worse For Europe

The truth is that the EU needs Britain the world's fifth largest economy, and one of the largest net-contributors to the EU's bloated budget more than Britain needs Europe. Britain is the third-largest importer of German products, for example, importing twice as much as it exports to that country. Britain is the EU's largest single export market, again importing far more than it exports. Does Europe need to keep their doors open to British trade? You bet your brie and gorgonzola they do. And if the EU plays tough? There are always the U.S., Switzerland and China, Britain's second, third and fourth largest trading partners.

Britain regaining its sovereignty is in fact a tremendous economic opportunity for Britain in the medium and longer term. The outlook for Europe is less certain, particularly if anti-federal parties in France, Italy, Holland and elsewhere demand their own referenda. If the European bureaucracy plays hard-ball with Britain, that would provoke more anti-EU sentiment in Europe. But if it makes it too easy for Britain, then some others might ask why they are staying. In the long-run, a break-up of the European Union would be a positive thing, freeing Spain, Italy and, most of all, Greece from the German straight jacket, while also allowing the northern countries to pursue the more rational monetary policies they would prefer. Britain, in voting to leave, has started the process of the disintegration of the EU, and, whatever the longer-term outlook, that will raise unpredictable issues in the near and medium term, keeping markets on edge.

One thing we can bet on, however: Brexit provides yet another excuse for the hesitant Federal Reserve not to raise interest rates. Ongoing low rates plus uncertainly over Europe are positive for gold, which has been, and will continue to be, the major market beneficiary of the Brexit vote, though clearly the rally was well advanced anyway.

Low rates and Europe are not the only reasons to be positive on gold. Production is now clearly seen to have peaked and is heading down. As the U.S. presidential election draws near, markets will begin to focus more on the impact of the new president; policies of either Trump or Clinton would likely result in a lower dollar, though at the risk of more protectionism. A lower dollar would be positive for gold prices.

Though many well-known hedge fund managers have plunged dramatically into gold and gold stocks, and inflows into the ETFs continue to be strong so far this year, about 60% higher inflows than the net outflows for all of 2014 and 2015 combined many investors large and small remain on the sidelines. They think they have missed the move or are waiting for a correction. This is a reason to think that any correction in the near term is likely to be shallow and short-lived.

The gold stocks remain undervalued on a historical basis, though not as cheap as earlier in the year. Price-to-book value of the Philadelphia Gold and Silver Index (XAU) of leading gold and silver miners, for example, at 1.8 times is double the multiple of the end-of-the-year lows, but that's below the levels from 2000 until 2012, where p/bv's were more often around 3 times. The higher gold prices of the past quarter will see the miners' valuation multiples drop meaningfully, I suspect, once quarterly results are reported.

So for the main part we will be holding the gold stocks that dominate our list of holdings. We are also holding U.S. and global equities in the broad market, though more selective and cautious in buying.

The Europac Gold Fund, managed by my advisory firm Adrian Day Asset Management, ended the first half as the top-performing precious metals fund this year.

Adrian Day, London-born and a graduate of the London School of Economics, heads the money management firm Adrian Day Asset Management, where he manages discretionary accounts in both global and resource areas. Day is also sub-adviser to the EuroPacific Gold Fund (EPGFX). His latest book is "Investing in Resources: How to Profit from the Outsized Potential and Avoid the Risks."

1) Adrian Day: Adrian Day Asset Management manages the EuroPac Gold Fund. I determined which companies would be included in this article based on my research and understanding of the sector. Statement and opinions expressed are the opinions of the author and not of Streetwise Reports or its officers. I am wholly responsible for the validity of the statements.

3) The following companies mentioned in the article are sponsors of Streetwise Reports: None. The companies mentioned in this article were not involved in any aspect of the article preparation or editing so the expert could comment independently about the sector. Streetwise Reports does not accept stock in exchange for its services. The information provided above is for informational purposes only and is not a recommendation to buy or sell any security.

One thought on “Brexit Leads To Uncertainty, But It's Good For Gold”