August crude futures prices edged $0.20 higher in the week ending July 12th (to correspond to the data below), closing at $46.80. However, prices are down about 7% since early June when a confluence of events caused supply disruptions in multiple locations. 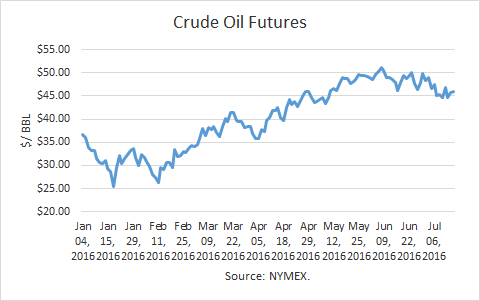 Though U.S. crude oil inventories have dropped more than 20 million barrels since the end of April, petroleum product stocks reached a new peak in the week ending July 8th. 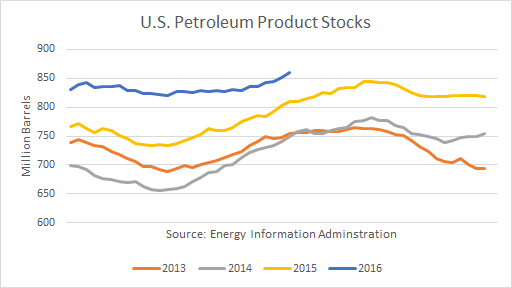 But inventory changes have not correlated to changes in prices. For example, crude stocks were building from mid-February through the end of April, reaching their highest level on record, when crude futures prices were rebounding.

The real reason for both the rise and fall in crude prices, I believe, was the change in risk premium short traders, in particular, assigned to prices. When OPEC and Russia began discussing the “freeze” concept in mid-February, crude futures shot up. The reason was short-covering. The random nature of announcements and interviews altered the risk-reward ratio of holding short positions.

As proof, the graph shows a remarkable 70% negative correlation in weekly price changes to weekly changes in short speculators positions. From mid-February through the end of May, 138 million barrels in speculative short positions were covered (bought), propelling prices higher. 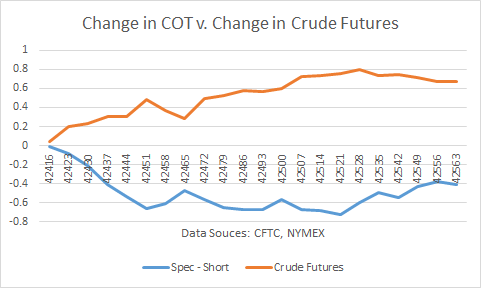 Once the “freeze” concept was put to rest by Saudi Prince Mohammed bin Salman, a different kind of “headline risk” emerged by coincidence. There were a series of outages worldwide, beginning with a strike in Kuwait, disruptions in Nigeria, and the wildfire in Canada.

Utilizing the Commodity Futures Trading Commission's (CFTC) Commitments of Traders (COT) reports for crude oil, I was able to dissect how traders were re-positioning last week.

Hedgers: A "producer/merchant/processor/user" is an entity that predominantly engages in the production, processing, packing or handling of a physical commodity and uses the futures markets to manage or hedge risks associated with those activities.

The latest data are for the week ending July 12th and include data for both options and futures combined for the New York Mercantile Exchange (NYMEX). All comments below pertain to each group as a whole, on balance, noting there are exceptions among individuals.

Short hedgers, primarily crude producers, increased the size of their positions (sold) by 8,566 lots to 533,727 lots, equivalent to 534 million barrels. This is the highest hedge position in two months. Though prices are lower than in early June, I think the increase in hedges reflects producers’ concerns that prices may drop further and that current hedging opportunities are better than taking the risk of lower prices.

Producer hedging is a very important market factor to consider since the larger these hedges become, the more production becomes “immune” to falling prices. When production is hedged, it does not matter how far prices fall because the operator in effect realizes the hedged price (plus or minus any basis difference). 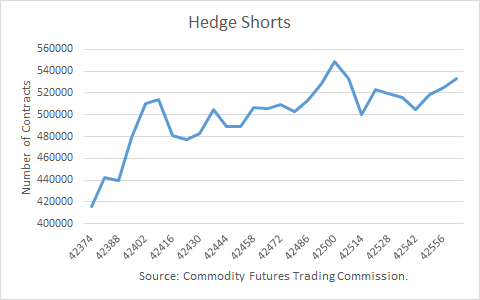 Long hedgers bought 6,633 more contracts last week, increasing their total to 270,917 lots. This group would include refiners who hedge crude purchases for processing, as well as large end-users, such as airlines. Although the airlines buy jet fuel, they sometimes hedge their market risk by purchasing crude futures, due to the relatively high correlation between crude and jet fuel prices over large price moves. 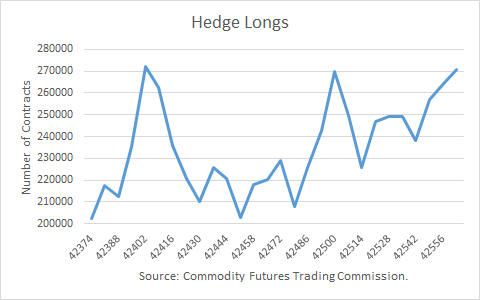 Long speculators bought 5,785 contracts, increasing their total to just over 294,000 contracts. This group has a larger net long position than in late February after prices had begun to rebound. However, spec long buying has contributed relatively little to the price rise. 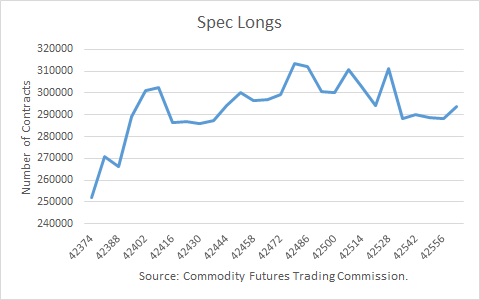 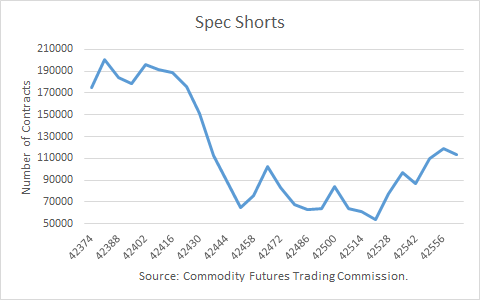 It is incontrovertible that the buying activity of short speculators had driven prices up from mid-February through the end of May, and its selling has caused prices to drop overall since early June. Crude price changes cannot be explained by changes in crude oil stocks. I conclude that the reason is the change in the risk-reward of being short.

A key factor for crude prices longer-term is how large hedge short positions become. The larger they become, the more protection they provide against lower prices, enabling production to be higher than it otherwise would be. At an extreme, that could cause prices to be forced lower with little impact on U.S. production.