Natural gas futures prices rose by 2.0% last week (ending August 2nd to correspond to the data below) then dropped back to close the week 10 cents lower at $2.77. 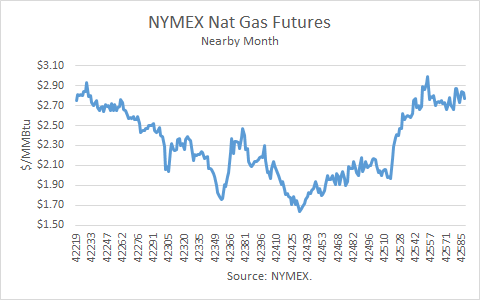 Prices rose in advance of the Energy Information Administration’s (EIA) Thursday storage report in anticipation of a draw in inventory, which was confirmed in the data release. As a result, the year-over-year storage glut was cut to 13.4%. 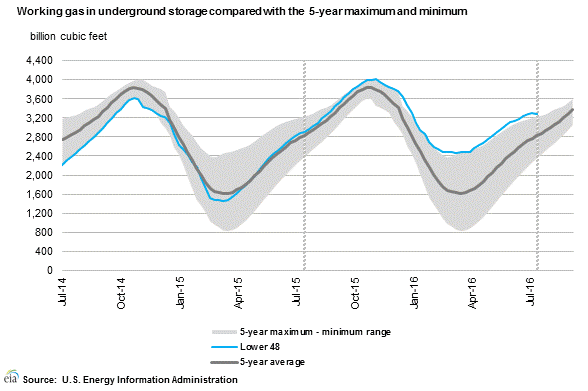 Utilizing the Commodity Futures Trading Commission (CFTC) Commitments of Traders ((COT)) reports for natural gas, I was able to dissect how traders were re-positioning last week.

Hedgers: A "producer/merchant/processor/user" is an entity that predominantly engages in the production, processing, packing or handling of a physical commodity and uses the futures markets to manage or hedge risks associated with those activities.

The latest data are for the week ending August 2nd and include data for both options and futures combined for the New York Mercantile Exchange (NYMEX). All comments below pertain to each group as a whole, on balance, noting there are exceptions among individuals.

Short hedgers, primary natural gas producers, increased their positions by 31,219 contracts last week to 159,339 lots. Hedging activity has been somewhat erratic but did rise significantly during the price rise in June, but those gains were reversed in July, presumably because they thought the price would move higher with the forecasts for hot weather. Overall, short hedges have increased by about 30% since prices had bottomed in early March. 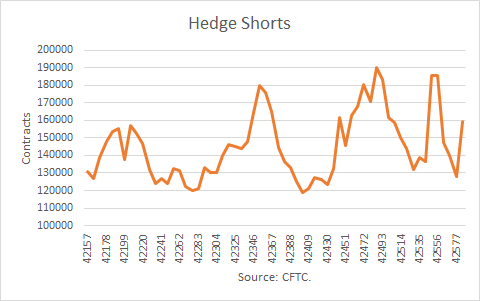 Long hedges were also increased last week but by only half as much, 15,257 contracts, to end at 149,255 lots. During July, long hedgers also reduced many of their hedge positions, booking large hedge gains made in June. Long hedges are still about 25,000 contracts higher than they were at the price bottom in early March. 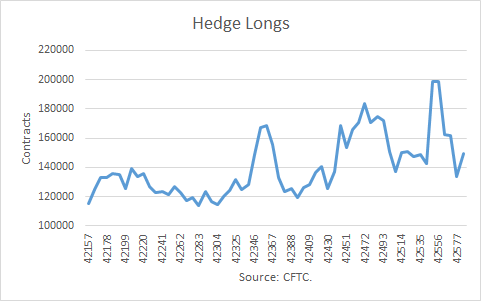 Short speculators closed 9,033 contracts last week, reducing their total to 252,713 lots. Since early March, when prices bottomed for this cycle, they have reduced short positions by about 105,000 contracts as losses mounted. They still hold the largest number of contracts of any of these four groups I monitor. 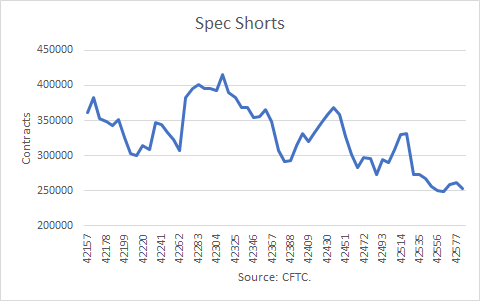 Finally, long speculators added 2,890 contracts last week to end with 221,592 lots. On balance, they have added about 30,000 contracts since early March. 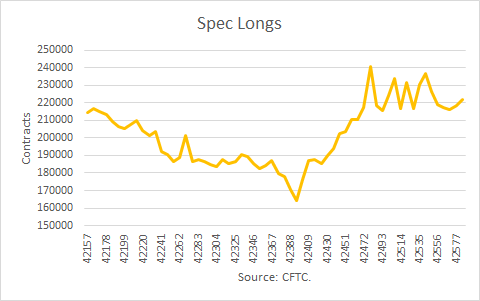 Both long and short hedgers have added their positions over the past week. However, the hedge selling by producers dominated trading for the week, thereby pressuring prices lower.
The major impetus for the price recovery since March though was short-covering by speculators. They have booked huge losses and their positions still remain high. I think they will be forced to cover again when the winter weather reveals itself, which I expect to be highly supportive.