A recent article noted that Saudi Arabia Is Buying Up America's Oil Assets. Saudi Aramco is buying U.S. refining and petrochemical assets as well as energy and technology companies through its Saudi Aramco Energy Ventures LLC fund.
Congress has recently received a Long-Term Strategic Review (LTSR) of the Strategic Petroleum Reserve. The SPR's mission is to protect the U.S. from severe petroleum interruptions. The LTSR was intended to identify the key challenges that could impact the ability of the SPR to accomplish its mission.

I submit that it ignores a key challenge, the foreign ownership of refineries and petrochemical plants, that could render the SPR crude supplies meaningless.

The existence of the SPR is a key factor determining oil prices because the market does not have to factor in large interruptions of crude supply into prices because it knows the government has the SPR and will use it.

In March, Shell and Saudi Aramco announced a "Letter of Intent" to break up Motiva Enterprises LLC after almost two decades, dividing its assets and leaving Aramco with one plant, the nation's largest crude oil refinery, in Port Arthur, Texas, with a production capacity of nearly 600,000 b/d. In April 2017, Aramco will take full ownership of the most valuable Motiva assets. Shell will take over two smaller refineries in Louisiana - Convent and Norco - that were jointly owned. 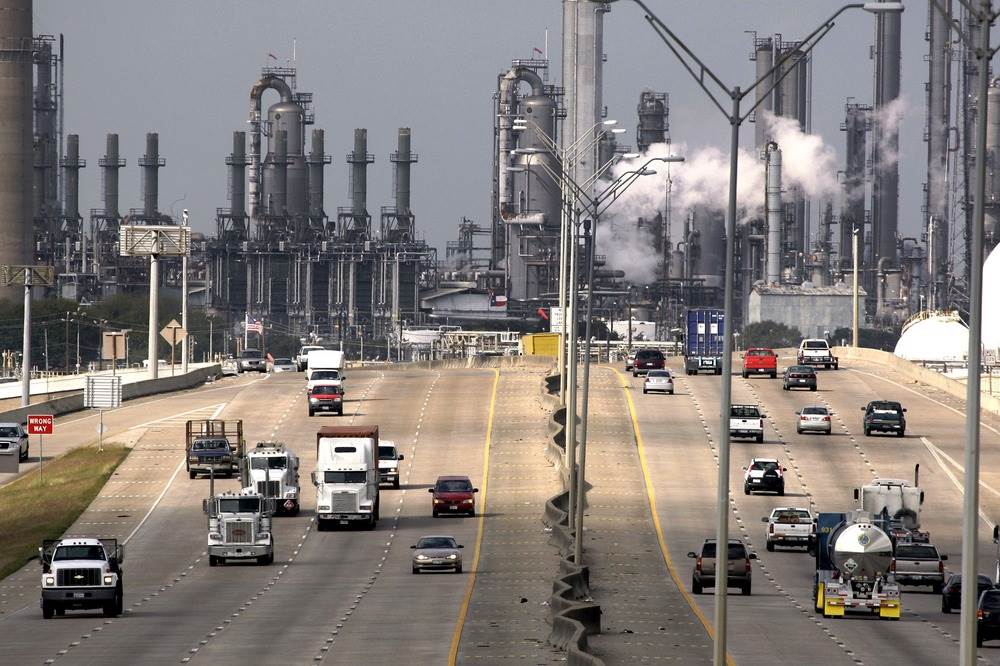 At the time, officials from Saudi Refining, the downstream arm of Aramco, told employees, “They want to acquire refineries. They want to get into chemicals. They want to expand and Shell doesn't."

In May, Khalid A. Al-Falih was appointed to be the head of the Saudi Ministry of Energy, Industry and Mineral Resources. This new title reflects the Vision 2030 repurposing of Aramco into a conglomerate beyond petroleum to grow and diversify its revenue stream.

More recently, Motiva, which will be owned solely by Saudi Aramco, has been negotiating to buy the LyondellBassel Industry's refinery in Houston, Texas, which has a production capacity of around 270,000 b/d. Lyondell uses the Houston refinery to produce feedstocks for its chemical plants. The refinery can run a variety of cheaper high-sulfur crude oils.

Saudi Aramco is also negotiating with CNPC, the Chinese state oil company, for the joint construction of a giant refinery. It has investments in other refineries in Japan, China, South Korea and Indonesia.

Specifically, the price risk of crude oil is a lower "flat" price. Whereas the risk of refinery margins is the reduction in the spread between crude and product prices.

While "going downstream" reduces risk to producers such as Saudi Aramco, it increases strategic risks to consuming nations. Specifically, the SPR holds almost 700 million barrels of crude oil but its heating oil and gasoline reserves hold only one million barrels each.

Approximately 30 percent of U.S. refining assets are owned by foreign companies. In my view, this creates a U.S. energy security risk.

If producers embargo crude supplies as they did in 1973-74, the U.S., other OECD countries and China can draw down their crude oil reserves. But if a producer, such as Saudi Arabia, acquires a large stake in U.S. and world refining assets, it could pose a new threat: to stop running their refineries and petrochemical plants. This could be a powerful weapon because drawing down crude oil reserves would not solve the problem of insufficient operating refining capacity.

In addition, unlike a speedy drawdown of crude from petroleum reserves, it takes a long time to build-out more refinery capacity. There would be no quick-fix.

While Congress re-assesses the Strategic Petroleum Reserve, it should consider the energy risk related to foreign ownership of U.S. and other refinery assets. Given that Saudi Aramco has announced a buying spree, and has previously used the oil weapon against the U.S., Congress should assess and manage the risk of having a large part of refinery capacity potentially disrupted for political purposes.

Investors should monitor and consider this potential threat to oil prices as Saudi Aramco its acquisitions. It means that the SPR would potentially be much less effective in protecting the U.S. from a disruption in oil petroleum products.