Gold fell below $1,300 yesterday for the first time since the Brexit vote in June, as the dollar index rose to a two-month high.

Also pushing down gold is the U.S. dollar's rise against the British pound, which fell to a 31-year low against the dollar after the release of a timeline for Britain's exit from the European Union. Aiding gold's woes is a rise in Deutsche Bank shares today, signaling at least a temporary easing of worries over the bank's liquidity, and lessening gold's role as a safe haven. 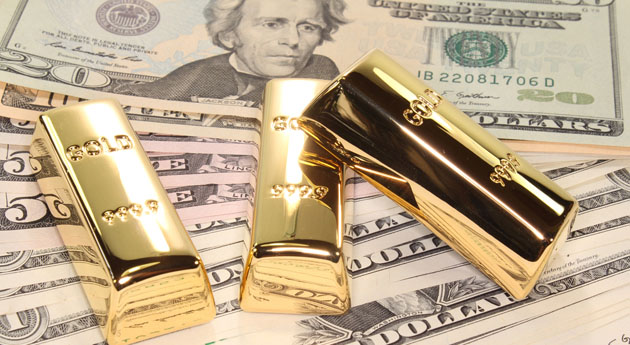 Jason Hamlin of Gold Stock Bull says, "The next key technical support level for gold is $1,255, a level that was both support and resistance in the past. Furthermore, this price support coincides with the 200-day moving average, so it is likely to offer very strong support for the gold price."

Hamlin sees several trends that should be supportive of precious metals, including an increase in the U.S. debt of $1.4 trillion at the end of the 2016 fiscal year, increasing geopolitical tensions with Russia, and Saudi Arabia's threat to dump its U.S. debt holdings.

"With a number of new bullish factors for gold emerging in the past week, it is hard to imagine prices dropping much lower. But in leveraged paper markets with plenty of weak-handed short-term traders, anything is possible," Hamlin added.