In August, the EIA reported that crude production increased by 51,000 b/d as the result of increased production in the Gulf of Mexico. But EIA’s forecast in its Short-Term Energy Outlook (STEO) published in July for August turned out to be 524,000 b/d lower than the actual monthly figure, a huge forecasting error.

This error became apparent at the end of October. And the EIA had been using the same model to provide weekly estimates of production, and so they were too low as well. The interpolated monthly value of the weekly estimates turned out to be 230,000 b/d lower than the actual value for August.

As it had done in early August, the EIA “rebenchmarked” its weekly numbers by increasing production in the Lower 48 by 163,000 b/d for the week ending November 4th. As a result, the weekly estimate was moved up to 8.7 million barrels per day. But that was not because EIA thought production increased in that one week, it is because they realized their data series was running too low.

The EIA reports these production numbers weekly and the market pays a lot of attention to them, so it’s important to understand why and how the forecasting model is flawed.

Prior to the shale oil revolution, it was relatively easy to predict future production based on rig activity. And that’s why the market keenly watches the Baker-Hughes rig numbers every Friday. However, the economics and mechanics of shale oil production are much different than that of conventional technologies. And so the same relationships between rigs and production do not hold.

But the EIA only uses drilling rigs in its model to predict production, and so the model has become prone to error. To give an idea, I compiled a comparison of the weekly interpolated figures (“WPSR”) to the actual monthly figures (“PSM”) since the start of 2015. 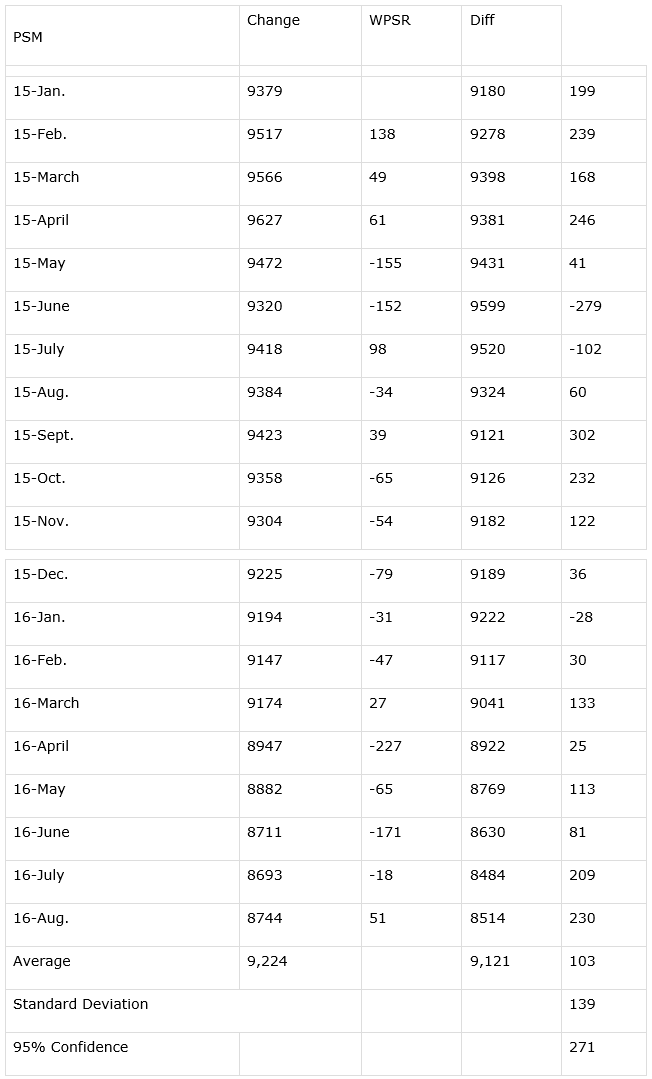 One of the differences between shale oil and conventional drilling was the build-up of an inventory of DUCs. When oil prices were rocketing higher, the drilling crews were working faster than completion crews. Therefore, a large inventory of DUCs were created.

But after prices fell, DUCs remained idle. However, since the recovery in prices in the spring, more wells have been completed than drilled, allowing more production.

But rigs used in completions do not appear in Baker-Hughes’ rig count. And so that has complicated the process of forecasting how much production would come online.

The EIA has recently addressed this issue by creating data on wells drilled and those completed in its monthly Drilling Productivity Report. As depicted in the graph below, completed wells exceed drilled wells. 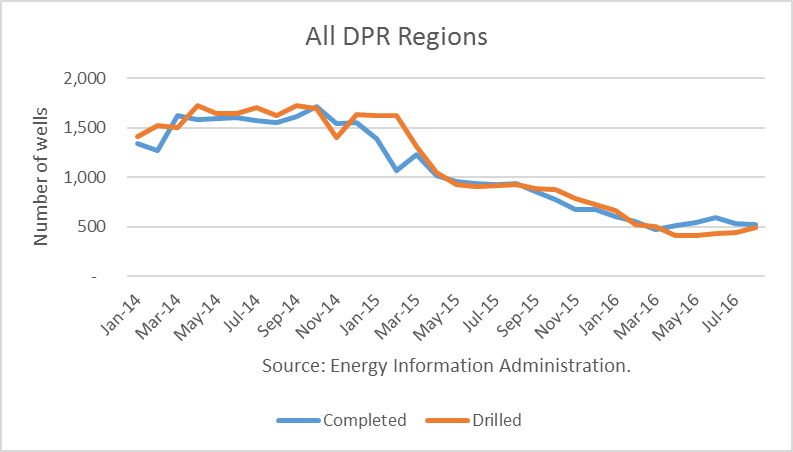 It is, therefore, risky to place much confidence in the EIA’s production estimates, as reported weekly. Hopefully, the EIA will revise its modeling with the development of the DUC database.