The much-anticipated OPEC deal to cut oil production has finally been reached. Brent and WTI Oil futures were not too late to react and jumped more than 7% with Brent Oil futures surpassing the $50 mark. And if momentum continues we could very well be looking at $60, perhaps rather soon. If that is the case, this can change the picture, not only for Oil futures and Oil companies but for currencies of Oil exporting countries, many of which were hit hard when Oil prices took a nose dive and could benefit now that oil prices are taking off.

The question is how exactly would an Oil rally play in petro-currencies in the current macro environment? Is it a good opportunity to buy into the battered Ruble? Or maybe a Norwegian Krona rally against the Euro? The options are numerous, but once we delve into the economic dynamics of each currency, the options narrow fast.

The Ruble has truly been one of the currencies hardest hit by the collapse in Oil prices. Sanctions on Russia also contributed to the Ruble’s meltdown. The USD/RUB traded at 33 rubles per dollar when the oil selloff started back in 2014, until today, when the rally in Oil began and the USDRUB trades at 64 rubles per dollar, a jaw-dropping 49% collapse. And that is after the USD/RUB recovered from 85 rubles per dollar. The natural inclination, then, would be to buy into this battered currency for a quick and robust recovery.

But although the Ruble might recover, beyond the immediate scope of the next few days it becomes clear the Russian currency will have great difficulty in sustaining strength. Because, while the Ruble could gain upside from Oil the headwinds from higher US rates is significant. Russian 10-year government bonds already yield above 8% and with Credit Default Swaps spreads at 222 Basis points, it means Russia is deemed as a high risk for default. And the worst thing for high-risk debt is higher rates, which is exactly what is about to unfold with the US Federal Reserve set to raise rates this December.

So, while the Ruble could get some respite, it’s doubtful the battered currency will have enough horsepower for a sustainable rally in an environment of a hawkish Fed.

Norwegian Krone: Too Exposed to Europe

The next choice would be the Norwegian Krone. Norway, of course, does not face the same political headwinds as Russia. With CDS spreads on Norwegian debt at merely 21 Basis Points, there is no cause for concern over the country’s creditworthiness. The problem is the Norwegian economy is performing very poorly. Because, while higher Oil can benefit the Norwegian economy, its exposure to the Eurozone, its largest trading partner, means that demand for Norwegian Oil will still be weak, as the Eurozone is still lagging in growth.

Considering the two petro-currencies discussed above, it becomes clear that an upside for economic growth is needed to counter a Fed rate hike. Moreover, relative stability is needed to avoid risk and exposure to Oil, of course. That, naturally, leaves us with the Canadian Dollar. The US is Canada’s largest trading partner with the US importing roughly 30% of its Oil from Canada. And, as the US economy accelerates, it pulls the Canadian economy with it. So, while higher rates in the US could weigh, that is outweighed by US growth, which recently hit 3.2% annualized for Q3. There is, however, one caveat, and that is that while the dual impact of higher Oil and improved US growth will benefit the Canadian economy and consequently the CAD, the USD/CAD correction (higher CAD) will be limited in scope. After all, a stronger US economy would mean a stronger Dollar and two strengthening currencies in one pair, such as the USD/CAD, would limit the potential. But trading the CAD/JPY? That’s a different ballpark altogether, with the CAD set to gain and the JPY set for pain. Which brings us to a conclusion, that is, indeed, as Oil recovers, the CAD/JPY would be the way to play it. 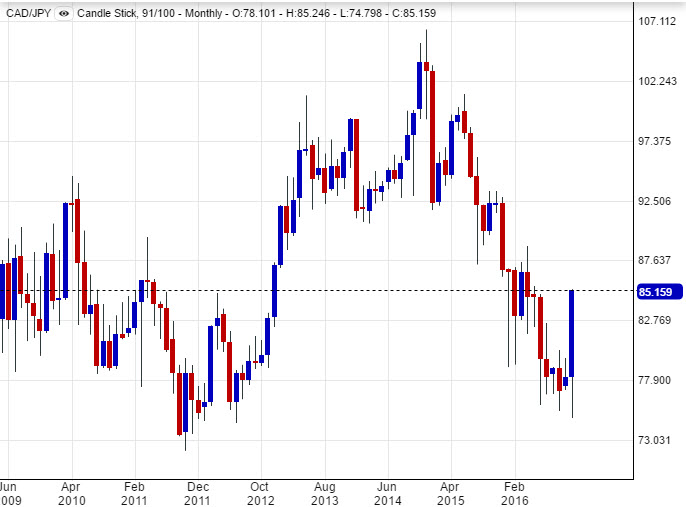 2 thoughts on “How The OPEC Deal Impacts The FX Arena”