OPEC has set as its goal to reduce global OECD oil inventories to their five-year average. In his opening address to the 172nd meeting of the OPEC conference, Saudi Arabia's Minister of Energy, Industry and Mineral Resources, Khalid A. Al-Falih, remarked, "The market is now well on its way toward rebalancing."

After the meeting, Mr. Al-Falih said in a press conference that the current production quotas will "do the trick" of rebalancing stocks to normal levels within six months. But they extended the cuts to nine months because of the seasonal decline in demand expected in the first quarter of 2018. 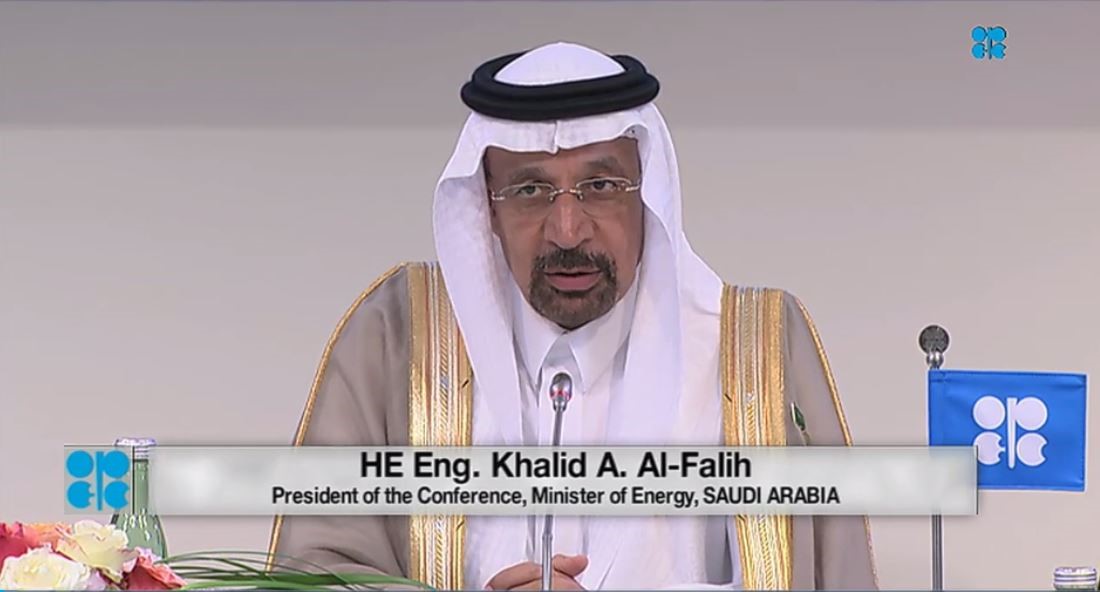 In May, OPEC reported that OECD global inventories are 276 million above the 5-year average. OPEC estimated its production in the first quarter to be 31.944 million barrels per day (mmbd). Assuming April's production of 31.7 holds for the remainder of 2017, there will be a total global stock draw of just 29 million in 2017: 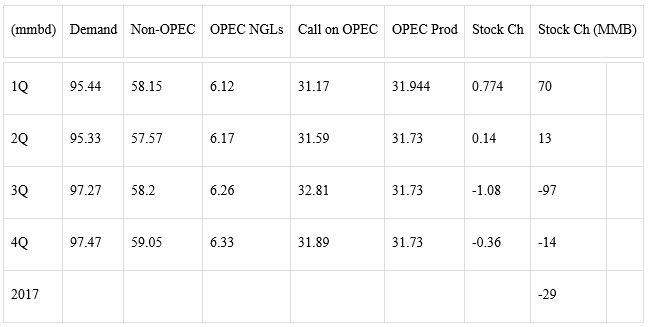 I updated the table with OPEC’s new projections, assuming the May OPEC production level of 32.1 mmbd, and the result is a build of 7 million for 2017:

But based on updated information for Libya and Nigeria, OPEC production is very likely to keep rising unless some other members deepen their cuts. Libya is expected to increase its production by 160,000 b/d to one million barrels per day by August. And the National Oil Company announced a three-phase development plan to lift production to 1.32 mmbd by the end of 2017, to 1.5 mmbd in 2018, and to 2.2 mmbd by 2023.

In Nigeria, militant attacks have declined substantially, enabling exports to rise. The loading program shows an increase to 2.0 mmbd by August.

If Libya averages 1.0 mmbd and Nigeria averages 2.0 mmbd in August through year-end, without an offset by Saudi Arabia or others, OPEC production would average 32.72 mmbd in the 3Q17 and 32.82 mmbd in 4Q17. 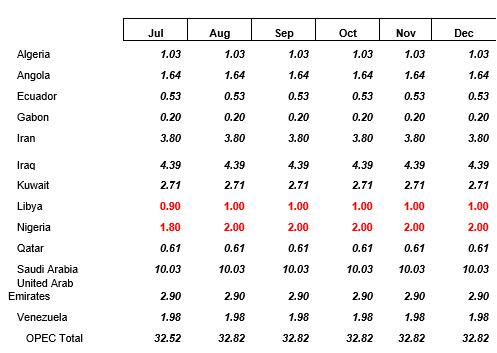 Under those assumptions, the total OECD stock build for 2017 would be 137 million barrels.

At the May press conference, Mr. Al-Falih had said that, “We will take the slack if they adjust,” meaning if production from Libya and Nigeria rises. But more recently, he said, "We have to give it a few months' time. We have a meeting in the 4th quarter, late November."

UAE Energy Minister Suhail al-Mazrouei also said on 17 June that was no need for an extraordinary OPEC meeting to discuss whether the production cuts are having the desired effect. "We are at the beginning of the agreement. I think we need to give it a little time," he told reporters in Dubai.

Macquarie’s research chief has predicted that the deals would collapse in 2018. In Al-Falih’s words at the May meeting, a “large slug of oil is coming when agreement lifted.”

But given the renewed tension between Saudi Arabia and Iran, illustrated by the Qatar proxy battle, I believe there is a risk that the deals will implode this year. Saudi Arabia, Iraq and Iran may each raise their production levels to meet the seasonal rise in demand, rather than let inventories draw, assuming demand is higher than production.

Production levels in Libya and Nigeria remain at risk due to the conflicts in those countries. But they are managing to restore lost output.

Given the supply/demand calculations above, I believe that oil market conditions are more likely to deteriorate further, undermining prices. Ongoing assessments will be needed to estimate how much further prices may drop as events unfold.

One thought on “Global Seasonal Oil Stock Draw In Jeopardy”