Facebook Inc. (NASDAQ:FB) recently announced Q3 FY2017 earnings and once again delivered phenomenal growth numbers across the business with beats on both top and bottom lines with revenue of $10.33 billion and EPS of $1.59 translating into beats of $490 million and $0.31, respectively. Total revenue and net income were up 47% and 79%, respectively. Previously, I authored an article and put forth my thesis that Facebook was the preferred FANG stock, collectively comprised of Facebook (FB), Amazon (AMZN), Netflix (NFLX) and Google (GOOG), considering its growth and valuation relative to its FANG cohort. The Q2 FY2017 earnings reinforced this thesis. Facebook had been on an uptrend heading into earnings and broke through the $182 level.

The stock declined after the earnings call due to talk that the company will increase expenses to beef up its security workforce to combat “abuse on our platforms, ” and as a result, the stock sold off a bit to settle at $179 the next day. The stock has had a tremendous run YTD and is up 55.5%. These numbers may seem staggering, and some may contend that buying at these levels would be cashing the stock. Even at these levels and YTD appreciation, factoring in Facebook’s projected growth with technology comparators such as Google, Netflix, and Amazon, collectively known as the FANG stocks, Facebook is far superior with a lower risk profile. Facebook’s projected growth is more significant than Google’s yet has a P/E ratio that’s in-line with Google’s and a fraction of Amazon’s and Netflix’s. I feel that Facebook represents value even after this massive run and I maintain my long thesis.

Currently, similar high growth technology companies such as Google, Amazon, and Netflix currently possess a less favorable profile when looking at the P/E ratios and growth rates (Figure 1 and Table 1). Facebook's projected growth is greater than Google's, yet Facebook has a P/E ratio that's in-line with Google's and a fraction of Amazon's and Netflix's. Facebook has the lowest PEG ratio of any FANG stock as well. On a relative basis, Facebook is inexpensive as compared to other large growth tech companies that make up the FANG cohort. 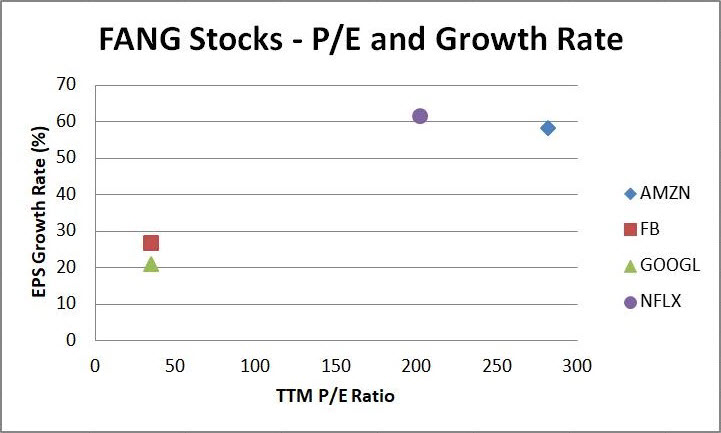 Table 1 - Comprehensive valuation and growth overview of the FANG stocks

Facebook’s ecosystem includes its flagship Facebook social media platform, Instagram, Messenger, and WhatsApp while the company is making inroads into virtual reality via Oculus and artificial intelligence. All these digital platforms are ubiquitous as society migrates to social, mobile and cloud as the primary means of conducting business and personal communication. Facebook and its properties have dominated the social media landscape for years and will likely continue its dominance.

Facebook Inc. (NASDAQ:FB) has posted robust growth in all metrics about user growth and engagement while monetizing has moved in lock-step, the latter more specifically in the last few years. Facebook's earnings growth has been tremendous and has posted accelerating revenue growth over the past four years. EPS has increased from $0.02 at the end of 2012 to $3.56 at the end of 2016. For such a large capitalization company such as Facebook, this growth is very impressive. Utilizing the previous four quarters as a barometer, this growth doesn't appear to be slowing down anytime soon while silencing rivals such as Snapchat (SNAP) in its path. Facebook makes acquisitions to drive the business now with Instagram and WhatsApp and into the future of virtual reality with Oculus. Facebook just recently acquired teen app called tbh in October. Based on my analysis, Facebook provides the most durable growth out of all the other FANG stocks with a lower P/E and PEG ratio and thus provides a margin of safety. Facebook has plenty of room to appreciate into the years ahead given its growth, and even if the stock appreciates to ~$200 range later this year, it will still be inexpensive on a relative basis. Facebook makes a compelling case that it is the superior choice for long-term growth with a low-risk profile within its cohort.

Facebook Inc. (NASDAQ:FB) and its properties have witnessed a virtual monopoly in the general social media space logging more than 2 billion users worldwide. Instagram has witnessed phenomenal growth over the past few years as well logging 700 million users. Recently, Snapchat was projected to be a major threat to Facebook and its social media dominance. Snapchat was met with strong resistance when Facebook launched a direct competitor with Instagram Stories. In August of 2016, the launch of Instagram's clone of Snapchat's Stories coincided with a substantial decrease in Snapchat's growth. By October of 2016, Instagram Stories had 100 million active users, just shy of Snapchat's total number of 153 million at that time. Now Instagram stories has over 250 million daily active users far exceeding Snapchat's user base of 166 million.

It's clear that Facebook has outcompeted Snap at its own game while potentially arresting any future growth. I think Snap was the most legitimate potential competitor in the social media space and now it's clear that Facebook retains the title of the go-to platform for users and advertisers. To further substantiate this thesis, recent data has demonstrated plummeting app downloads for Snapchat. SensorTower a firm that tracks app analytics showed Snapchat's year-over-year downloads had dropped 22% in the first two months of the second quarter in 2017. All this while Instagram downloads have grown and WhatsApp released its own version of Stories to further the arresting of Snapchat's growth.

Snap Isn’t In The Same Conversation

Now that Facebook has cloned nearly all of the Snap features, it's also targeting Snap's bottom line. It was reported that Facebook is offering free trials and credits for many of its advertising options in an effort to sequester advertisers and decrease the likelihood of deploying advertising dollars into the Snap platform. I think it's clear that Facebook is trying to obliterate Snapchat to further its dominance and send a message to others that may be attempting to encroach on Facebook's turf.

Morgan Stanely (MS), Snap's lead underwriter for its IPO recently downgraded the stock to $16, $1 below its IPO price. Morgan Stanely cut its rating to equal-weight from outperform and slashed its target price from $28 to $16. Morgan Stanley also cut its expectations for daily active users by 1.6% to 182 million for 2017. Additionally, Snap may see a fresh row of selling following the July 29th expiration of the stock's lock-up period. At this point, insider investors will be allowed to unload their shares on the open market creating additional supply. Snap currently sits at $15 up from ~$12 per share just a couple of months ago, a 50%-60% haircut from its ~$30 high post-IPO. Collectively, Facebook appears to have successfully de-risked the threat from Snap albeit Facebook offered $3 billion to purchase Snap years ago. 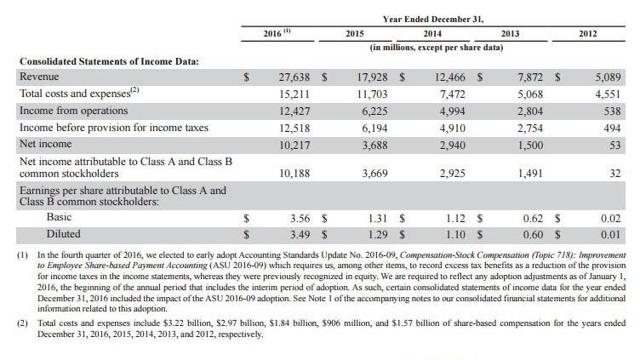 Its most recent Q3 earnings reported profits were up 79% while revenue rose 47%. Canaccord Genuity boosted its price target to $190 while Barclays raised its target price to $215. Goldman Sachs set a $205.00 target price on Facebook and gave the stock a “buy” rating. Oppenheimer boosted their price target on Facebook from $170.00 to $195.00 and gave the company an “outperform.” JMP Securities restated an “outperform” rating and issued a $195.00 price target on shares of Facebook.

Facebook Inc. (NASDAQ:FB) represents value even after this huge move YTD and following its Q3 earnings report. In my opinion, Facebook is the most compelling high-growth technology stock within its FANG cohort comprised of Amazon, Netflix, and Google. Facebook and its properties are clearly the go-to social media platform for both users and advertisers now that Snap appears to have been met with growth stagnation. Facebook has shown double-digit growth in revenue, EPS, and free cash flow and has continued this trend through Q3 2017, posting double-digit growth across all earnings metrics. Any competitive threats from Snap have been silenced in my opinion with Instagram Stories not only arresting Snap's growth but eclipsing Snap's daily active users by a wide margin. Assuming Facebook continues to trade at a P/E of ~35, this translates into a stock price of $229 per share by next year which is in-line with recent analyst upgrades and boosted price targets. Facebook's projected growth is greater than Google's, yet has a P/E ratio that's lower than Google's and a fraction of Amazon's and Netflix's. On a relative basis, Facebook remains inexpensive as compared to these other large growth technology companies and I feel Facebook is the superior stock with a lower risk profile than any FANG stock.