I’ve written a handful of articles highlighting HealthEquity Inc. (NASDAQ:HQY) in 2017 as a great growth play in the rapidly growing Health Savings Accounts (HSAs) space. HealthEquity just reported beats on both the top and bottom line, beating revenue and EPS estimates by $1.39 million and $0.04, respectively. It’s noteworthy to point out that revenue was up 30% year-over-year for its Q3 FY18 quarter. HealthEquity is a major player in the HSA secular growth market and has continued to gain market share over the years. HealthEquity has posted annual revenue growth of 42%, 44%, and 41% when comparing FY14 to FY15, FY15 to FY16 and FY16 to FY17, respectively. If consensus estimates are accurate for FY18, revenue growth will come in at 27% when comparing FY17 to FY18 (Figure 1). The sustainability of this growth will likely move in lock-step with the growth in the HSA market in addition to optimizing revenues extracted from the investments within these accounts via offering investment advising, collecting fees from the investment line-up and its newly announced 401k with paired HSA offerings. I feel that HealthEquity will continue to post strong growth as it services the double-digit HSA growth market and manages more assets and investments within these accounts. As HealthEquity rolls out additional products such as the launch of its 401k offerings paired with HSA accounts, HSA members elect to invest money within these accounts and accounts age; revenue will continue to accelerate with stock appreciation. 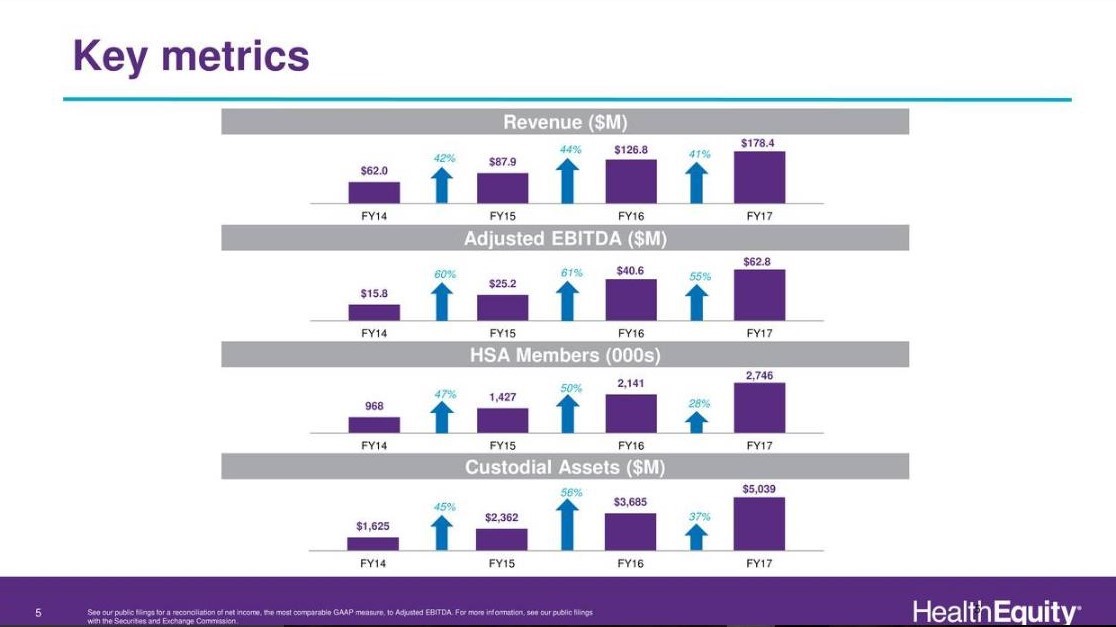 HealthEquity reported another excellent quarter however the stock responded by selling off by ~7%. HealthEquity reported EPS of $0.17 and revenue of $56.8 million. These EPS and revenue figures beat estimates by $0.04 per share and $1.39 million, respectively with the latter revenue figure posting 30% year-over-year growth. After announcing its most recent earnings, the stock sold off due to narrowing its FY18 guidance. Management provided guidance for revenue of $225-$228 million versus a consensus of $227 million relative to the previously released guidance of $223-$228 million. Updated EPS estimates were $0.64-$0.66 compared to a consensus of $0.71 relative to the already issued guidance of $0.64-$0.68. Effectively, management raised the lower end of revenue estimates while lowering the high end of its EPS estimates. Regardless, revenue will increase year-over-year by 27% with growth across all business segments. With continued double-digit growth rates in an expanding marketplace, HealthEquity is poised to rebound from this sell-off and continue appreciating higher. 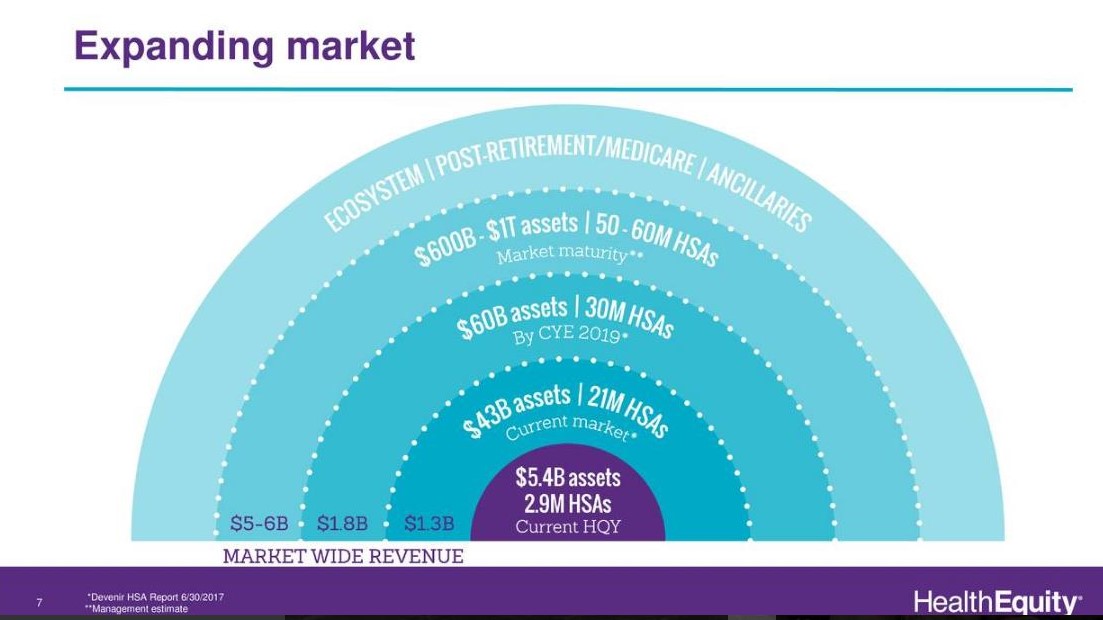 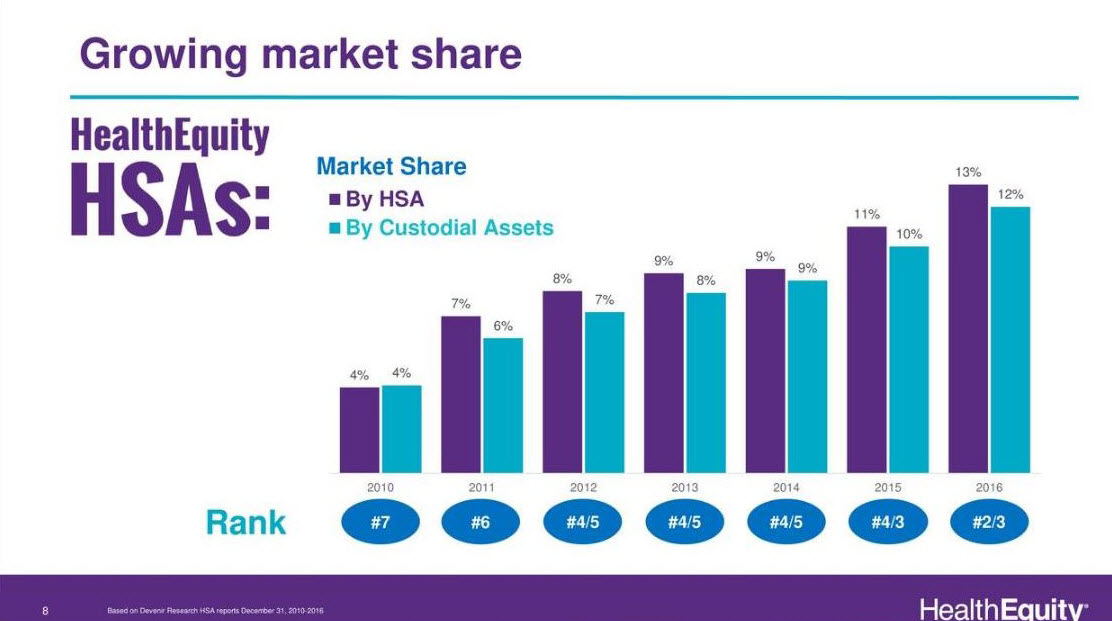 HealthEquity is posting accelerating revenue, cash flow, and income growth. These growth numbers have continued the uptrend with the first three-quarters of FY2018. The company is sitting on untapped revenue sources and margin expansion. Regarding untapped revenue sources, 98% of account holders have yet to invest any money in this side of the HSA option, effectively serving as a second 401k (after age 65). This is effectively an untapped pool of money that can invest in various mutual funds while HealthEquity collects a small fraction of the assets in these investment accounts (Figure 4). Considering that the average age of an account is only 3.1 years and over 50% have been open for two years or less, this provides ample opportunity for future penetration in this investment space. Given the fact that these account balances are correlated with age translates into more probability that any surplus will be invested to further drive account value (Figure 4). Regarding expanding margins for greater profitability, the older the account, the higher the gross margins. Overall, in FY17 gross margin on all accounts was 60%. However, this increased to 68% and then further to 72% for accounts opened for three years and six years, respectively. It’s noteworthy to highlight that HealthEquity has grown its business by double-digits across all segments; Services, Custodial and Interchange (Figure 5). 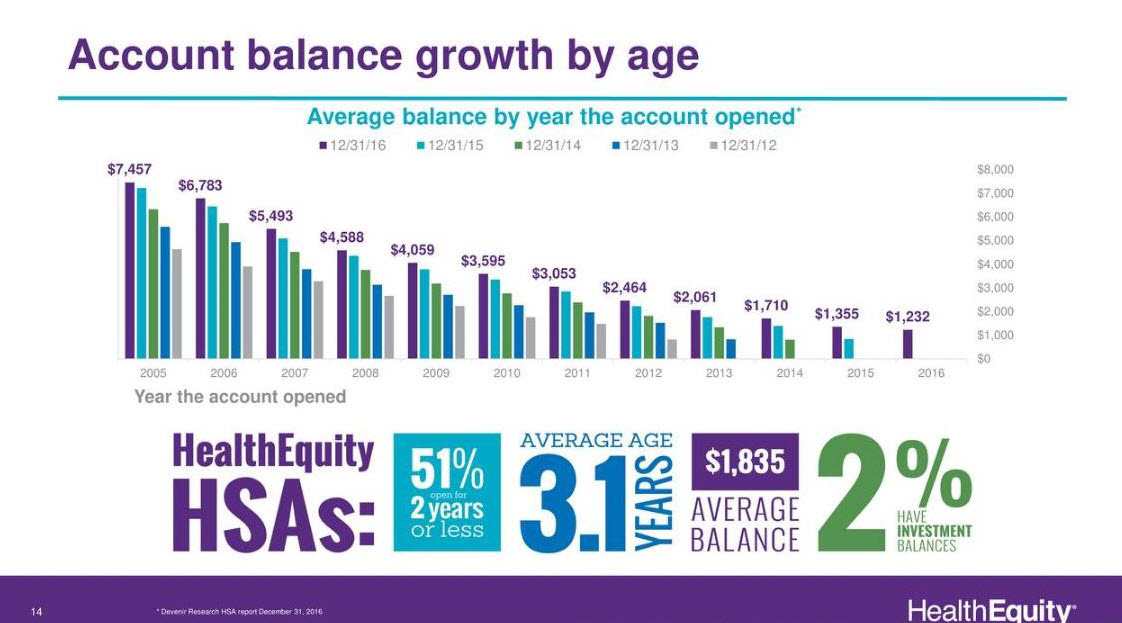 Figure 4 – Older accounts contain more assets, have higher gross margins and give rise to potential conversion into the investment option of HSA accounts 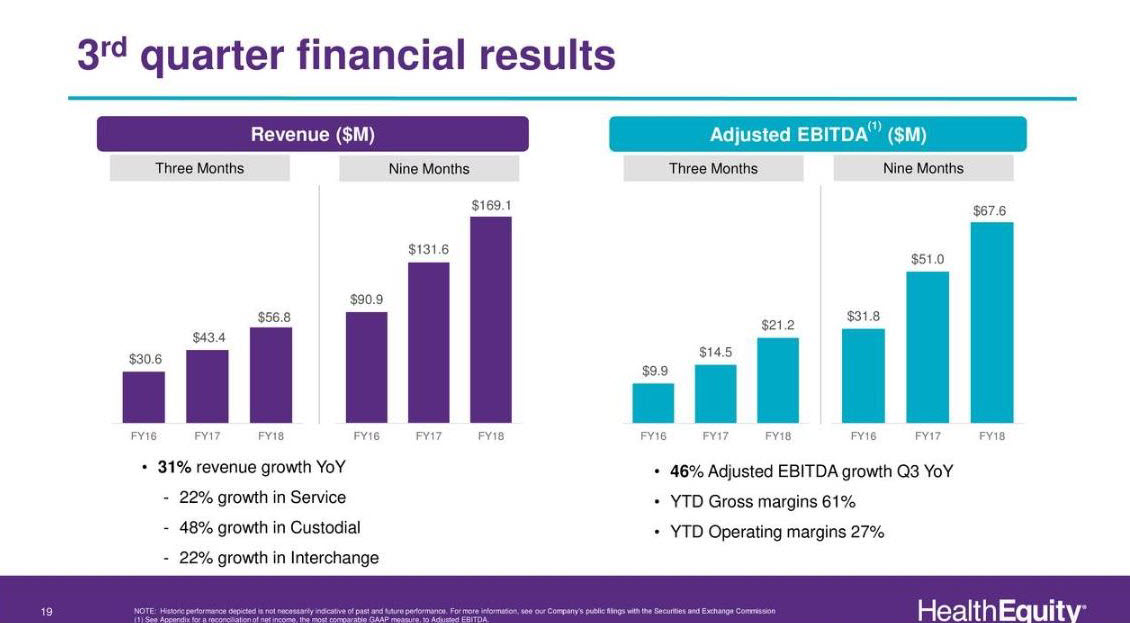 Figure 5 – Growth across all business segments; Service, Custodial and Interchange

HealthEquity is posting accelerating revenue, cash flow and income growth across all segments of its business. The company is debt-free and expanding its balance sheet in a secular growth market. These growth numbers have continued the uptrend in the first three-quarters of FY2018 reported. HealthEquity has been growing market share with plenty of market expansion ahead of itself. HealthEquity Inc. (NASDAQ:HQY) manages $5.4 billion in assets across 2.9 million accounts against a potential market maturity of $1 trillion in assets across 50-60 million accounts. The company is sitting on untapped revenue sources and gross margin expansion. 98% of account holders have yet to invest any money in the investment side of the HSA. Gross margin expansion for greater profitability is underway as well as accounts age. Overall, in FY17 gross margin on all accounts was 60%. However, this increased to 68% and then further to 72% for accounts opened for three years and six years, respectively. I feel that HealthEquity will continue to post healthy growth as it expands the number of accounts, manages more custodial assets, expands gross margins and more accounts transitioning into investment vehicles. The HSA market is a double-digit growth market, and HealthEquity will continue to grow in lock-step while delivering more offerings to its clients.

Disclosure: The author currently holds shares of HQY and is long HQY. The author has no business relationship with any companies mentioned in this article. He is not a professional financial advisor or tax professional. This article reflects his own opinions. This article is not intended to be a recommendation to buy or sell any stock or ETF mentioned. Kiedrowski is an individual investor who analyzes investment strategies and disseminates analyses. Kiedrowski encourages all investors to conduct their own research and due diligence prior to investing. Please feel free to comment and provide feedback, the author values all responses. The author is the founder of stockoptionsdad.com a venue created to share investing ideas and strategies with an emphasis on options trading.