Hello traders everywhere. After opening slightly higher for the day, the stock market has once again retreated into negative territory. The S&P 500 and DOW are both posting losses of over 4% on the week while triggering new red weekly Trade Triangles. The NASDAQ is heading for a 5% loss on the week.

The recent volatility over trade turmoil has turned gold's "good week" into a great week as traders flock to the haven. Gold is up 1.6% on the day and 2.7% on the week, making it the best weekly gain in over a month. 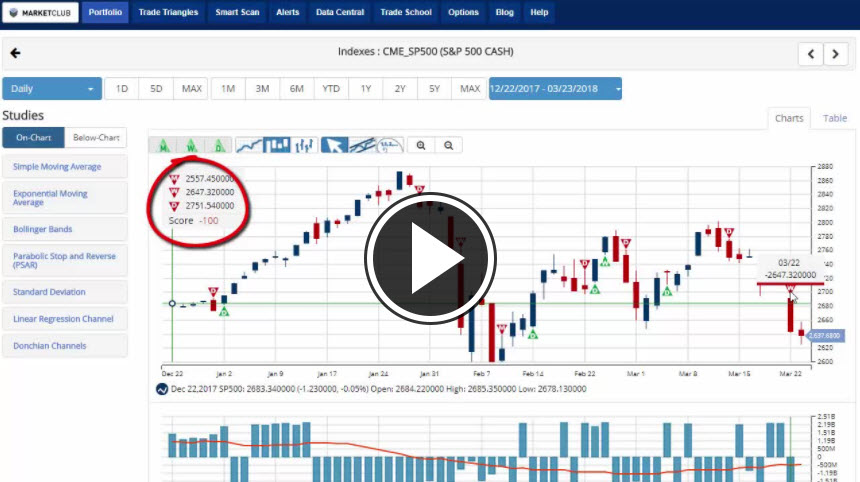 Crude oil is looking to close out a great week with a 4.8% gain, its best weekly gain in ten weeks. Oil has maintained the $60 a barrel level as OPEC and its partners have trimmed inventories, helping crude stockpiles in the U.S. tick below the five-year average mark.

Bitcoin is going to post a weekly gain of 7.8% for the week after two consecutive weeks of losses. However, the push to break its 200-day MA has come under pressure as Bitcoin retreated from that level. The RSI also remains below the 50 level indicating that a bearish move could still be in play. Keep a close eye on Bitcoin as it tries to fight off the potential death cross.