Hello traders everywhere. I'm doing something a little different today by doing this mid-day video after the close. The reason? As I was preparing, President Trump said he would announce his decision on the Iran nuclear deal at 2 PM EDT on Tuesday. The DOW had been up as much as 219 points on the day before reversing course on the announcement. So with that news affecting the markets, I decided to hold off and see where we landed. 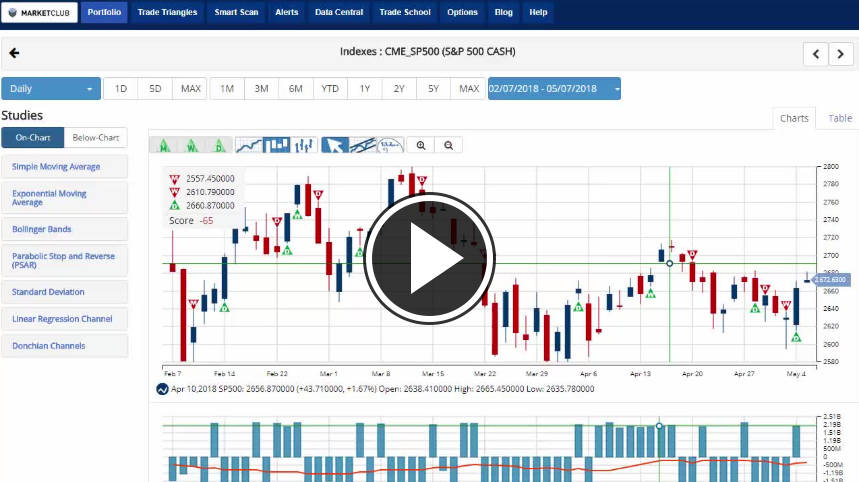