The Energy Information Administration reported that April crude oil production averaged 10.467 million barrels per day (mmbd), off 2,000 b/d from March’s all-time record high for the U.S. The small but unexpected decline was due to unplanned maintenance in the Gulf of Mexico (GOM), which reduced production there by 98,000 b/d. Otherwise, healthy increases were recorded in North Dakota (61,000 b/d) and Texas + New Mexico (55,000 b/d). 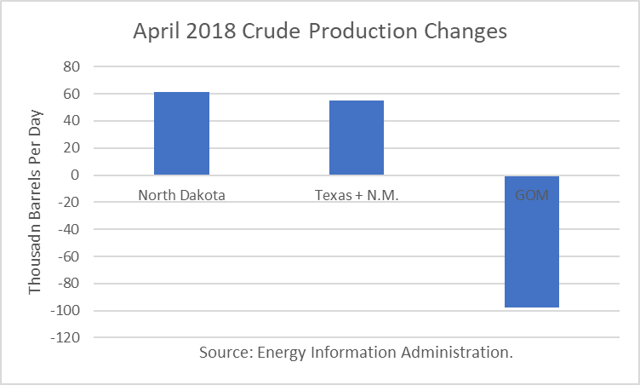 The EIA-914 Petroleum Supply Monthly (PSM) figure was 115,000 b/d lower than the weekly data reported by EIA in the Weekly Petroleum Supply Report (WPSR), averaged over the month, of 10.582 mmbd. EIA’s most recent weekly estimate for the week ending June 22nd was 10.900 mmbd.

The April figure was nonetheless a year-over-year gain of 1.318 mmbd. And the EIA Drilling Production Report estimates a 141,000 b/d gain for July. 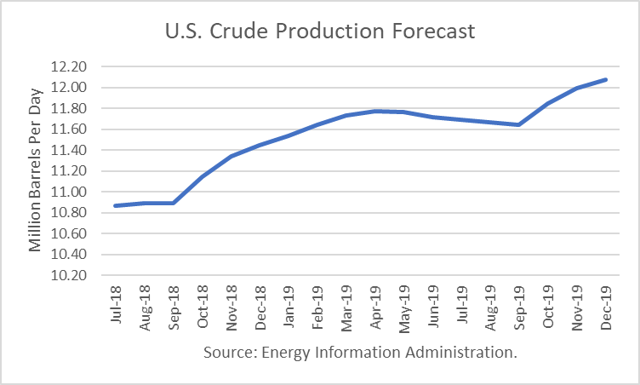 The biggest concern about realizing these forecasts is infrastructure constraints in the Permian Basin. The recent slowdown in oil rigs being added appears to justify that concern.

The annual rise in U.S. production of crude and liquids of about 2.0 mmbd is larger than the predicted growth in world demand. The real question is whether the OPEC+ production increases can make-up for further potential losses in Venezuela and Iran, as well as Libya and Angola.

One thought on “U.S. Crude Production Growth Stalled In April”