Oil-directed drilling rigs in the Permian Basin continue to rise and are at 485 for the week ending August 24th. This figure is 29 percent higher than a year ago. 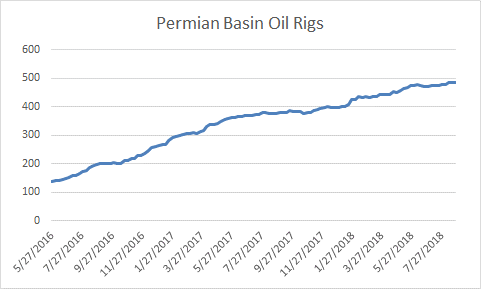 The growth of crude production in the Permian Basin has been very impressive over the past year. Estimated output in September 2018 is expected to be 3.421 million barrels per day (mmbd), an increase of 850,000 b/d, or 33 percent, year-over-year. 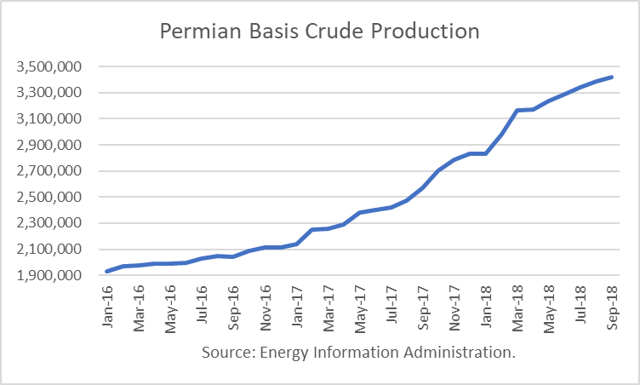 As a result, “takeaway capacity” limits are being reached. Many more wells have been drilled than completed in recent months. 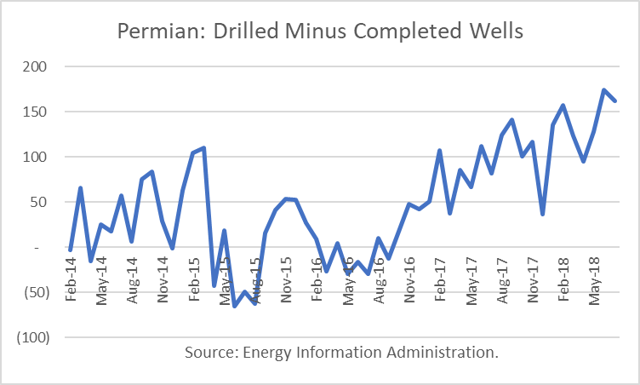 The result has been a rise in the “Drilled But Uncompleted” wells (“DUCs”) count. In July 2018, the EIA reported 3,470 DUCs in the Permian, a year-over-year increase of 80 percent. 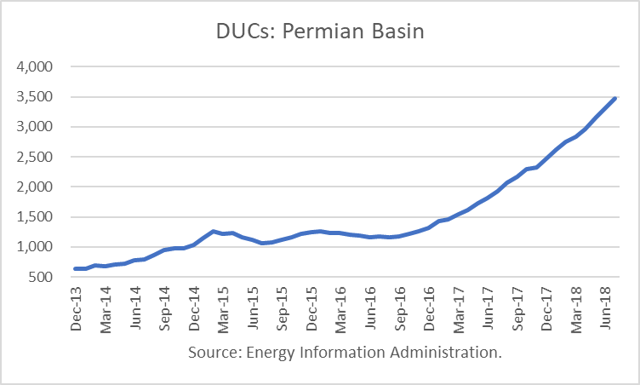 Drillers such as on Pioneer Natural Resources Co. (PXD) plan to focus on more high-intensity completions in the second half of 2018. However, they will not affect actual production until 2019.

Help Is On the Way

Energy Transfer Partners is planning to build 600,000 b/d of pipe in 2020, and more than one million barrels of capacity is scheduled to be completed with no scheduled completion date.

In total, just over two million barrels of pipeline capacity will be in place between now and the end of 2019.

“The main implication of the massive DUC buildup is the ability to ramp up production quickly when significant takeaway capacity expansion happens in second-half 2019,” Artem Abramov, vice president of shale analysis for Rystad Energy Abramov said. He added that “upside potential is yet to be seen amid significant multi-stack potential yet to be unlocked” in the Permian. 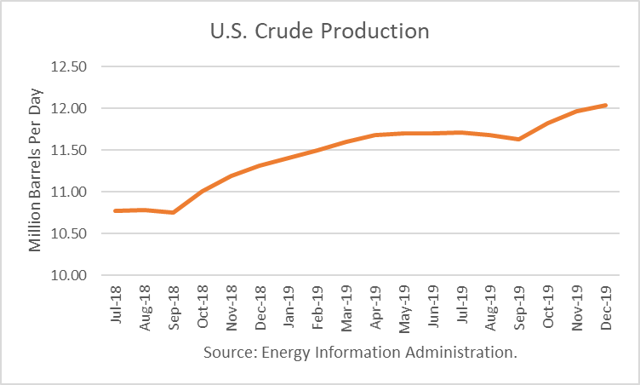 The EIA has forecast that U.S. crude production will rise by one million barrels per day in 2019 to 11.7 mmbd. However, that increase may be far too conservative once Permian’s pipeline constraints are alleviated.

One thought on “Permian Takeaway Capacity: From Constrained To Over-Supply by 2020”