Hello traders everywhere. The NASDAQ continues to be pummeled by tech stocks, falling over 1% after posting a positive week last week. The reason for the drop? Big tech, Apple is grabbing the headlines with its shares falling over 3% to $198.17, bringing their monthly losses to 8.1% and five straight weeks of declines. That's the first time Apple's traded below $200 since July of 2018.

Other tech stocks retreated as well, including Amazon.com Inc. down 3.8%, Alphabet Inc. losing 3.2% and Nvidia Corp. falling 3.9%. Not shockingly, all of the FAANG are lower to start the week. 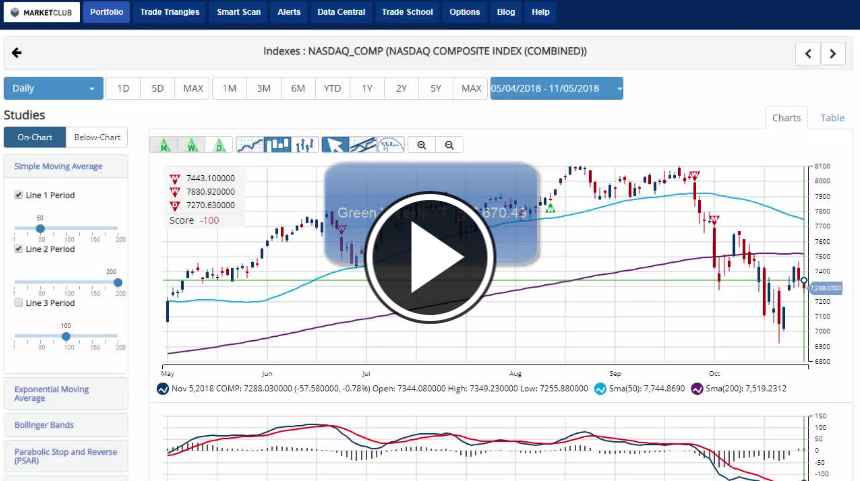 Crude oil is mounting a bit of a comeback on a daily level after suffering five straight days of steep declines gaining over 1% on the day. This move comes after the United States formally imposed punitive sanctions on Iran, but granted eight countries temporary waivers allowing them to keep buying oil from Iran.