The Energy Information Administration reported that August crude oil production averaged 11.346 million barrels per day (mmbd), up 416,000 b/d from July. The surge was led by a 126,000 b/d increase in Texas and a 74,000 b/d rise in the Gulf of Mexico. In addition, the increases were broadly based, implying a lagged-response to rising oil prices this year has created enough incentive to ignite production. The large rise in Texas was also unexpected due to reported pipeline constraints. 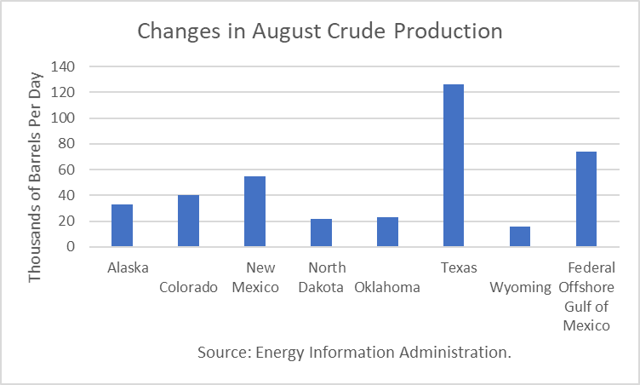 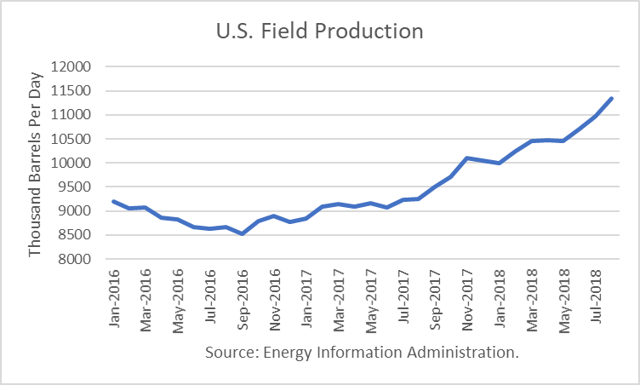 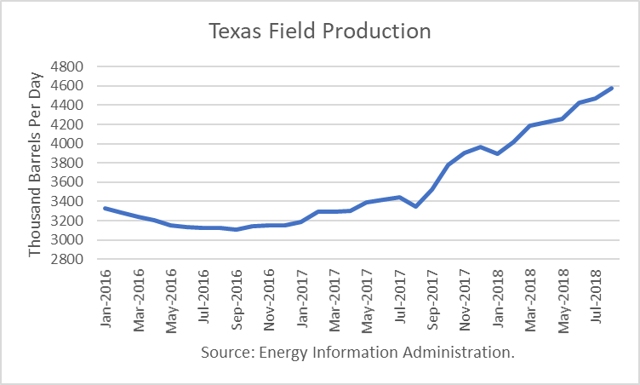 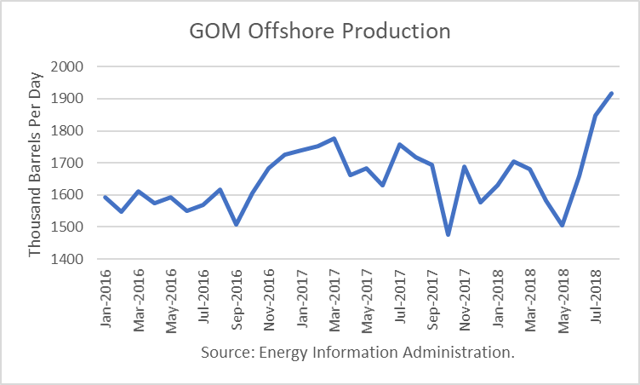 The EIA-914 Petroleum Supply Monthly (PSM) figure was 388,000 b/d higher than the weekly data reported by EIA in the Weekly Petroleum Supply Report (WPSR), averaged over the month, of 10.958 mmbd.

This implies a massive upward correction to EIA’s weekly estimates probably in next week’s report. 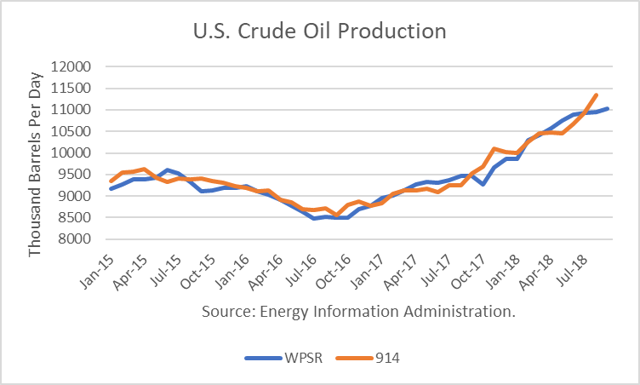 The August figure was a year-over-year gain of 2.102 mmbd. And the EIA Drilling Production Report estimates a 98,000 b/d gain for November. 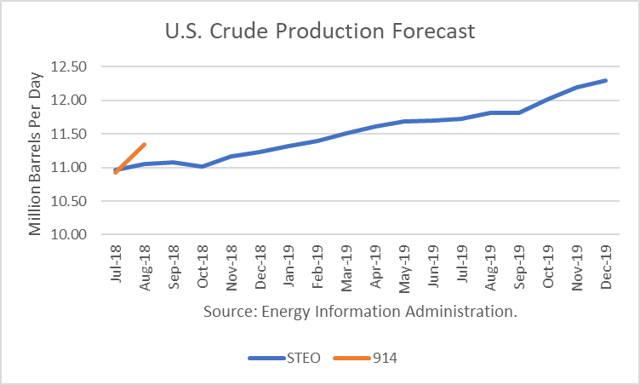 The biggest concern about realizing these forecasts had been infrastructure constraints in the Permian Basin. The increase in Texas seems to contradict that notion. I have also found that relief is on the way later this year and into 2019. There may be an oversupply of pipe capacity by 2020.

The August production number is going to have a major impact on estimates of the world supply-demand balance. As such, it is likely to accelerate the move downward in price.

One thought on “U.S. Crude Production Soars In August”