The cannabis industry announced a groundbreaking $1.7 billion megadeal with big tobacco that has the sector on the upswing last week.

Marlboro maker Altria Group (MO), one of the largest tobacco companies in the world, announced a $1.7 billion investment in Cronos Group (CRON), one of Canada’s largest cannabis companies.

Altria has agreed to take a 45 percent stake in Toronto-based marijuana producer Cronos Group Inc., marking a major tobacco company’s first foray into cannabis. It has the option to take majority control in the future.

With U.S. smoking rates falling fast, Richmond, Virginia-based Altria is under pressure to find new avenues to expand. Marijuana is now allowed in an increasing number of states but is still illegal on the federal level in the U.S. That makes Canada, which legalized recreational use in October, a large laboratory for the nascent industry.

“We believe cannabis is an excellent strategic fit for tobacco,” Jefferies analyst Owen Bennett said in a research note earlier this week. It’s a logical fit, because “big tobacco knows how to cultivate crop, knows how to deal with regulators, they are at the forefront of vaporization technology, and they also arguably have less reputational risk than other fast-moving consumer goods,” he said. 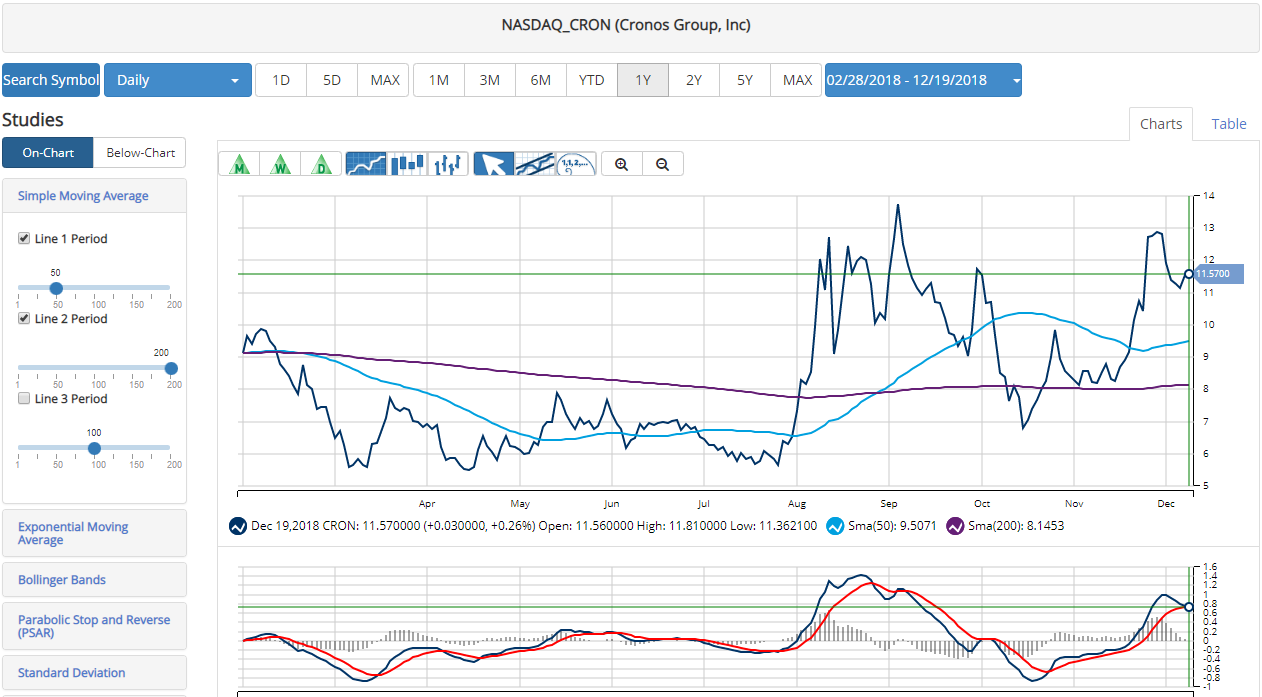 This $1.7 Billion Mega Deal is a Big Win for the Cannabis Industry

This deal clocks in as the second largest deal in the history of the cannabis industry, behind Constellation’s (STZ) $3.8 billion investment in Canopy.

It also marks the first time that big tobacco has invested directly in cannabis.

And finally, it shows a clear trend of big alcohol and big tobacco making billion-dollar investments in early cannabis leaders.

It is the third megadeal the cannabis industry has seen with big alcohol and big tobacco, and I think there’s a high probability there will be many more coming down the pike.

Now, the natural question is – which cannabis company will be the next to secure a billion dollar mega deal? Because that can be great for shares in the short run and fuel big sales growth in the long run.

I see another early leader in Canada that looks like a great target.

Aurora Cannabis (ACB) is one of the largest Canadian cannabis companies with a market value of $6.2 billion and an early leader in the global cannabis industry.

Aurora looks ripe for a big investment. It owns and operates some of the largest and most impressive cultivation facilitates in the world.

Aurora’s huge network of cannabis greenhouses makes it one of the lowest-cost producers in the world.

Aurora is also one of the most international cannabis companies. Aurora has an early and growing presence in some of the fastest growing cannabis markets in the world. Aurora currently has operations in 18 countries, including high-growth regions in Europe and South America.

Farmacias recently became Mexico’s first and only federally licensed importer to date of raw materials containing THC, gaining the necessary licenses, facilities, and permissions to import raw THC material, and manufacture, store, and distribute medical cannabis products containing over 1% THC. This transaction firmly establishes Aurora’s first-mover advantage in one of the world’s most populous countries, where more than 130 million people will have federally legal access to a range of Aurora’s non-flower medical cannabis products containing THC. 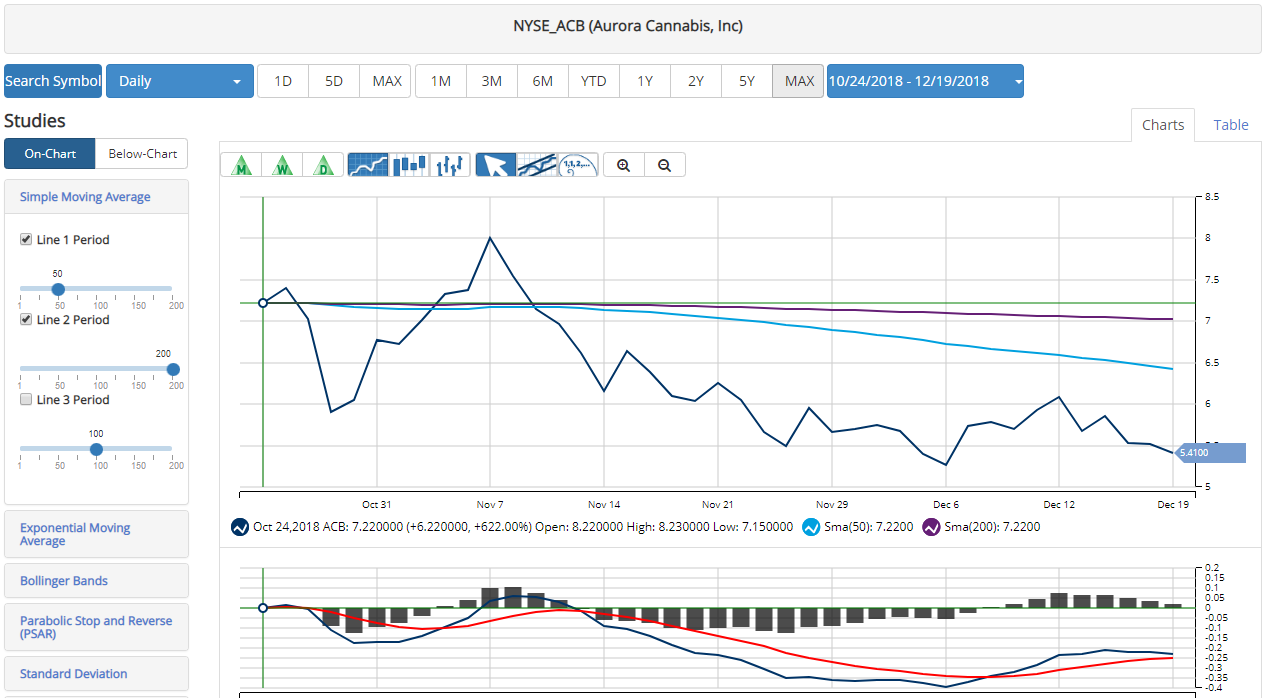 Looking forward, I see a lot of potential for Aurora. The company looks like a solid target for a billion-dollar investment from big alcohol or big tobacco.

Timing will be everything for this trade.