Hello traders everywhere. Stocks jumped higher at the open of trading after news broke that the U.S. and China started the latest round of trade talks with a phone call involving Treasury Secretary Steven Mnuchin, U.S. Trade Representative Robert Lighthizer, and Chinese Vice Premier Liu He. It's been reported by people familiar with the call that they discussed Chinese purchases of agricultural products and changes to fundamental Chinese economic policies.

But the markets soon fell from those highs and have settled in what I would call muted trading today, which is a far cry from the recent volatility. 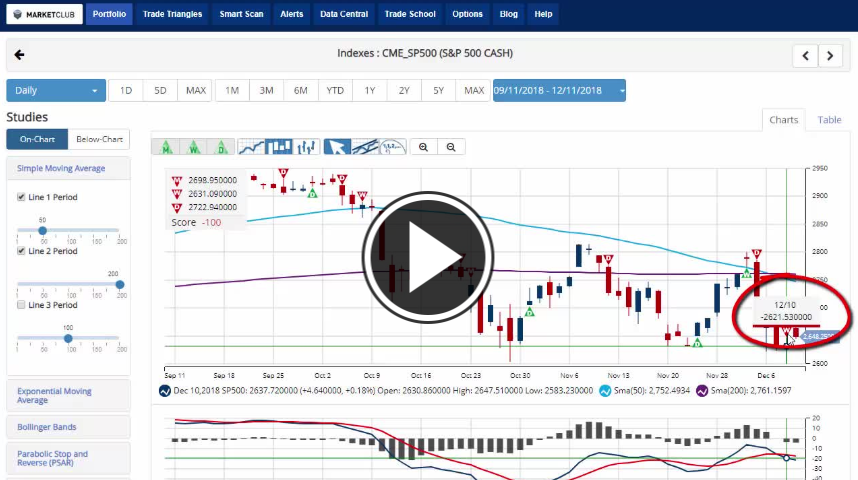 Crude oil has found support at the $50 level having traded close to that level for the last couple of weeks with very little movement. With the recent market volatility gold has been on a run issuing a green monthly Trade Triangle at $1252.00 last week pushing the Chart Analysis Score to +100. That move has also moved it back above it's 50-day MA for the second time this quarter. Look for the 200-day MA to provide a level resistance.

Bitcoin continues to get pummeled and is now trading below the $3,400 level. That's a far cry from its all-time high levels of almost $20,000. Where will the price finally settle?

One thought on “Stocks Jumped On China Trade Talks”