Hello traders everywhere. Stocks are on the rise for the fourth straight day which is mostly due to signs of progress in U.S.-China trade talks which has given the market optimism. Officials from the United States and China ended their talks in Beijing that lasted longer than expected and officials said details will be released soon, raising hopes that an all-out trade could be averted. 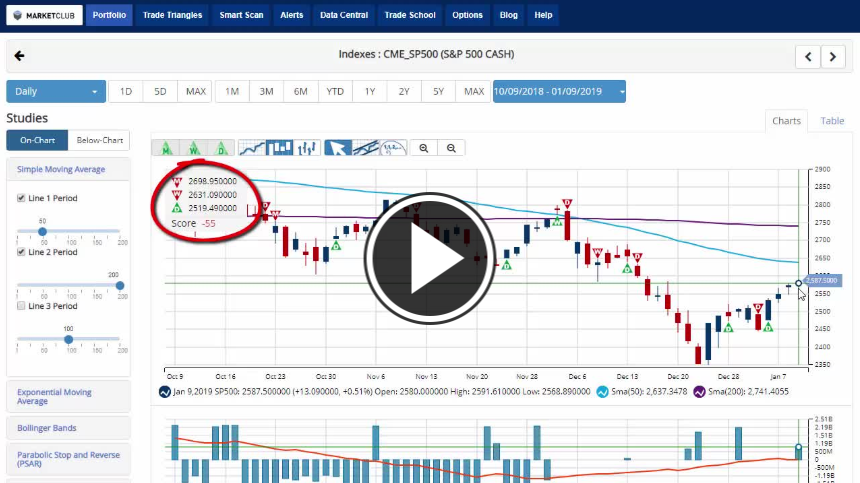 Crude oil is up for the eighth session issuing a new green weekly Trade Triangle today at $51.78 indicating that a short-term long position is in order. Traders shrugged off bearish data on U.S. stockpiles focusing on OPEC production cuts and U.S.-China trade talks. Saudi Energy Minister Khalid al-Falih on Wednesday reaffirmed that production will fall to 10.2 million barrels per day this month, down from an all-time high 11.1 million bpd in November. Saudi Arabia will export 7.2 million bpd in January and 7.1 million bpd in February, according to Falih.

Gold has erased an early deficit to issue a new green daily Trade Triangle pushing the Chart Analysis Score +100 and looking to trade above $1,300. The move higher came as the U.S. Dollar plunged to a two and half month low to a low of $95.20.