The Energy Information Administration reported that October crude production averaged 11.560 million barrels per day (mmbd), up 79,000 b/d from September. This was a slowdown in growth from the spectacular numbers recorded in July and August. 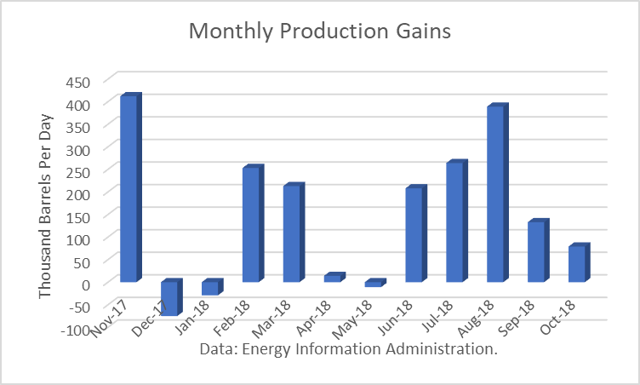 However, the year-over-year gain was still a very impressive 1.850 mmbd. And this number only includes crude oil. Other supplies (liquids) that are part of the petroleum supply add to that. For October, that additional gains is about 600,000 b/d. 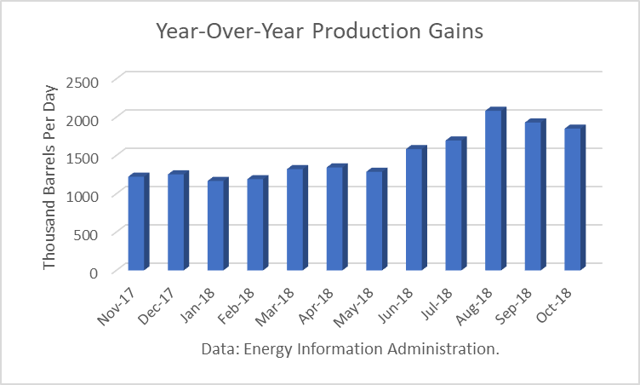 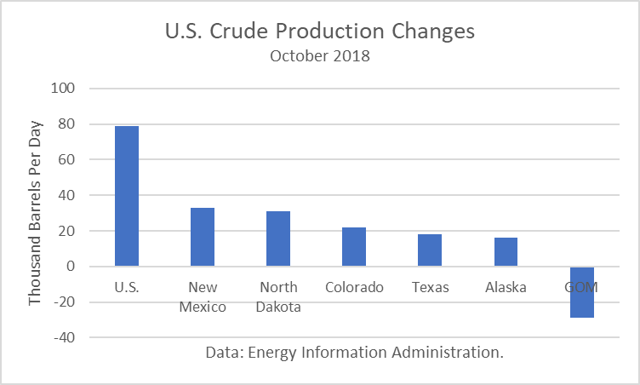 The EIA-914 Petroleum Supply Monthly (PSM) figure was 408,000 b/d higher than the weekly data reported by EIA in the Weekly Petroleum Supply Report (WPSR), averaged over the month, of 11.129 mmbd. 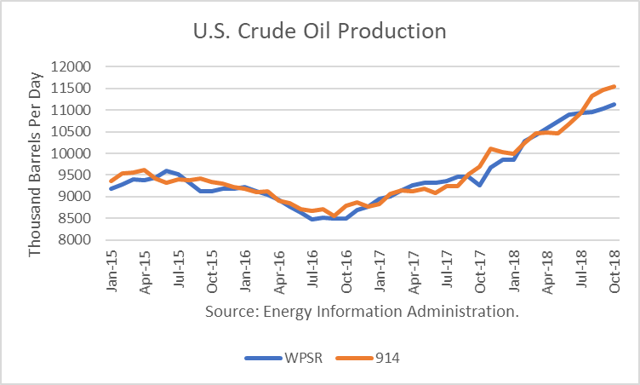 The October figure was also 200,000 b/d higher than the 11.360 mmbd estimate for that month in the December Short-Term Outlook. That implies a potential upward revision to EIA’s model in future production levels. 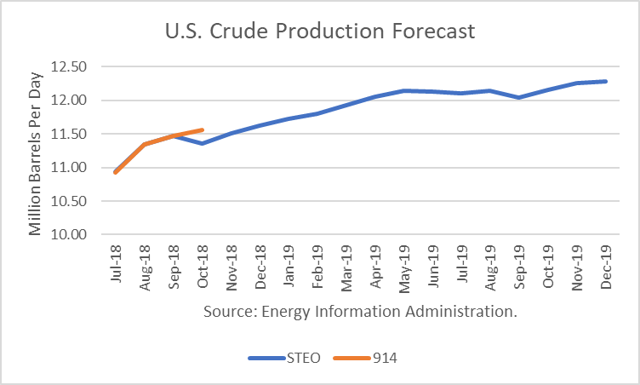 The EIA is projecting that 2019 production will average 12.06 mmbd. As shown below, the growth rate is very slow through September.

Shale oil production continues to exceed expectations that have been revised upward substantially. The drop in crude price should be expected to slow down the rate of growth. However, shale production growth lags prices by about six months. And the additional pipeline capacity in the Permian will effectively lower breakeven costs. And so EIA’s 2019 forecast still looks conservative.