Hello traders everywhere. Stocks were already performing well on the day with the DOW getting a large boost from the like of Apple and Boeing, but they received another boost after the Federal Reserve kept interest rates unchanged and stated it will be patient with raising rates moving forward.

In a statement, the Federal Reserve said: "The Committee will be patient as it determines what future adjustments to the target range for the federal funds rate may be appropriate." The Fed added it expects to operate with "an ample supply" of bank reserves. The statement also dropped the word "gradual." 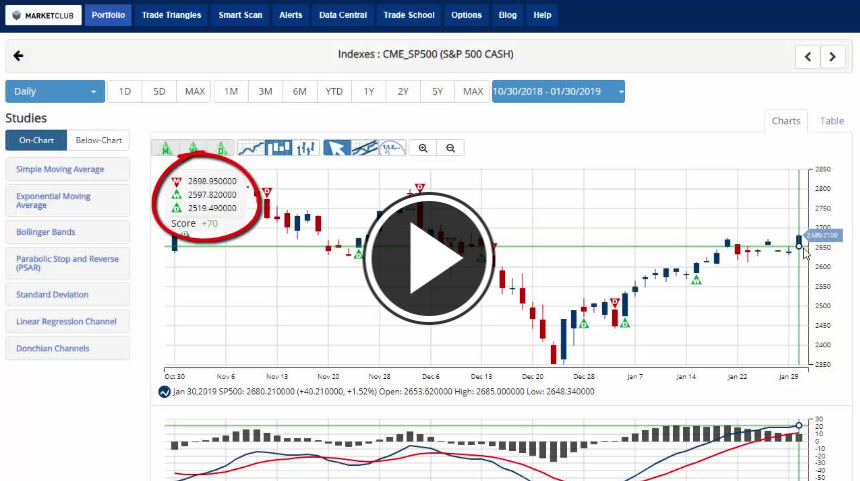 Boeing shares jumped over 6% after its quarterly earnings easily beat expectations. The company also posted annual revenue of more than $100 billion for the first time and gave strong earnings guidance for 2019.

Apple climbed over 5% after reporting a quarterly profit that barely beat estimates. The company's overall quarterly revenue topped expectations, but iPhone sales for the quarter came in below estimates. The report comes after the company had slashed its revenue guidance earlier this month, citing a slowdown in China.