Hello traders everywhere. The U.S. economy added 304,000 jobs in January, according to data released by the Bureau of Labor Statistics. The market was anticipating the U.S. economy to have added 170,000 jobs in January. The report follows a 35-day U.S. government shutdown, the longest in history. It also marks the 100th straight month of jobs growth. But the reaction by Wall Street was muted with the S&P 500 and NASDAQ trading in negative territory on the day. However, the DOW was hanging on to positive gains heading into late afternoon trading.

We closed out January on a high note with all three major indexes posting monthly gains over 7%. The S&P 500 checked in with an increase of +7.8%, DOW +7.1%, and the big winner was the NASDAQ with a gain of +9.7%. All three indexed posted weekly gains after posting losses last week. 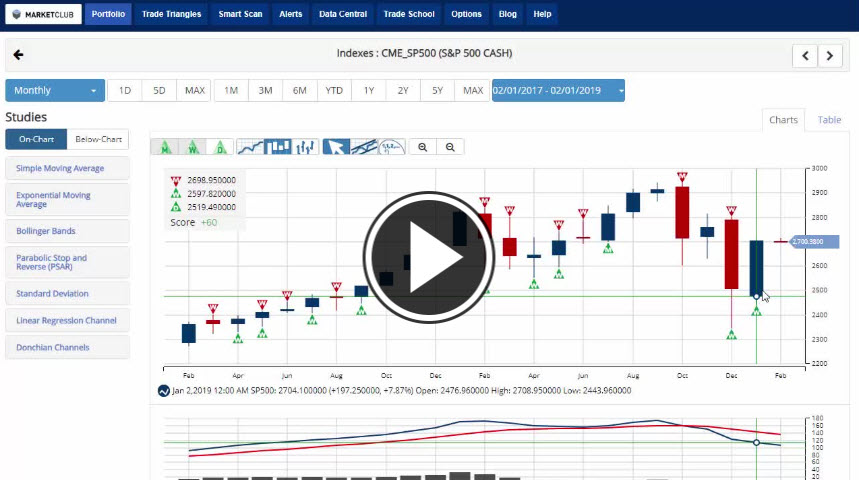 The U.S. Dollar lost -.45% for January and also lost -.27% for the week closing out a tough January for the greenback.

After a tough end of the year, crude oil bounced back with a weekly gain of +3.36% to finish out the month strong and to push it's monthly gain to +16.40%, a truly impressive comeback after losing over -9% in December.

Gold's performance wasn't quite as good the overall market on a monthly level posting a gain of +2.58%, but it was in line with the major indexes on a weekly level posting an increase of +1.12% at the end of the week.

Bitcoin suffered its sixth straight month of losses losing -7.9% in January. That happens to be a new record for Bitcoin. It also lost another -3.1% on the week. I don't see much light at the end of the tunnel for Bitcoin. Is it dying a slow death or will it make a comeback?

One thought on “Booming Jobs Report Kicks Off February”