Hello traders everywhere. The three major indexes are set up to post losses for the third straight day to end the week. In fact, if the trend holds true through the close the S&P 500, DOW and NASDAQ will all post weekly losses. That would be the first weekly loss in seven weeks for the DOW and NASDAQ and it will be the second time in three weeks that the S&P 500 ended in negative territory.

Recent weakness has been brought about by skepticism over the United States and China reaching a trade deal before a looming deadline which has added to investor's nerves over slowing global growth. 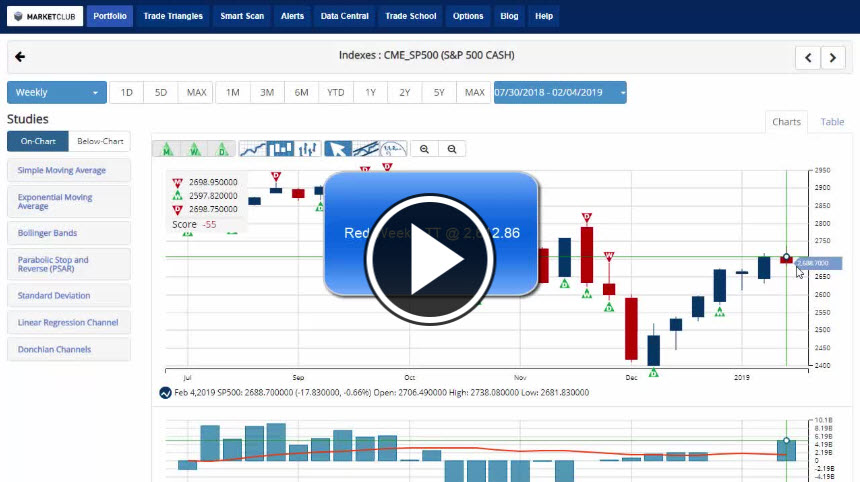 The U.S. Dollar is on track for its best week in over six months posting a +1% gain on the week. This will be the biggest weekly increase since a 1.28% jump in the week of Aug. 10, 2018. This spike higher was brought on as investors flocked to the safe haven amid worries about a weakening global economy.

The gold market has had a disappointing week losing -.33% ending two-week run higher. However, gold has seen buying action today with a daily gain of +.40%.

Crude oil trading has been choppy this week ending with a loss of almost 5% standing at -4.8%. Global economic concerns, China trade talk concerns were putting pressure on oil, but OPEC-led supply cuts and U.S. sanctions against Venezuela have provided crude with some support.

Bitcoin continues to find support at its200-week MA and will post a weekly gain north of +6% on the back of a +8% move today. The move higher today was brought on by the news that a commissioner at the U.S. Securities and Exchange Commission (SEC) believes a bitcoin exchange-traded fund (ETF) will ultimately be approved.

"Eventually, do I think someone will satisfy the standards that we've laid out there? I hope so, yes, and I think so."

A number of bitcoin ETF proposals have filed for SEC approval, but none has yet got the green light.