Hello traders everywhere. The DOW closed lower for the first time in five days Tuesday, led by declines in Apple, all because investors were puzzled over conflicting reports over the progress of U.S.-China trade negotiations.

The index lost 26 points. The S&P 500 ended the day just below breakeven, while the Nasdaq Composite closed 0.1% higher. Both the S&P 500 and Nasdaq rose as much as 0.7%, while the Dow traded nearly 200 points up at its session high before heading lower for the day. 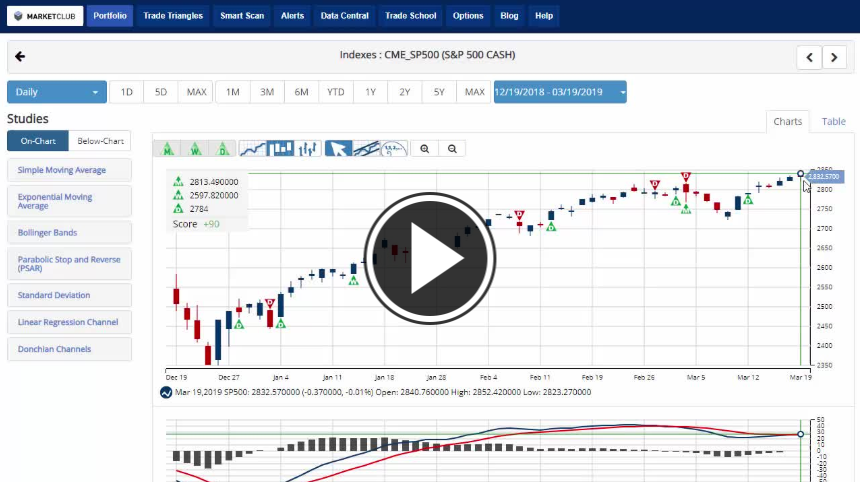 Stocks headed lower after Bloomberg reported that U.S. officials are worried China may be pushing back against U.S. demands in the countries' ongoing trade talks. The report also said Chinese negotiators are worried they have not received assurances that tariffs imposed on Chinese goods would be lifted once a deal is struck.

The major indexes briefly regained its footing after a Trump administration official said U.S. Trade Representative Robert Lighthizer and Treasury Secretary Steven Mnuchin plan to travel to China next week for another round of trade talks with Chinese Vice Premier Liu He.

The Federal Reserve kicked off its two-day policy meeting on Tuesday. Market expectations for a rate hike are at zero, with most investors pricing in no change in policy. However, investors will look for clues on the Fed's economic outlook.

The Fed is also expected to lower its interest rate forecasts - or "dot plots" - to show little or no further tightening in 2019. With global economic growth appearing to slow, most market participants anticipate the U.S. central bank to adopt a cautious tone.

One thought on “Stock Market Takes A Breather”