Hello traders everywhere. Stocks swung between small gains and losses Friday after figures showed the U.S. economy grew at a strong rate in the first quarter but the pace of consumer and business spending slowed. First-quarter gross domestic product was 3.2%, the Commerce Department said on Friday, topping the consensus economist estimate of 2.5%, according to Dow Jones. An increase in exports drove the increase. The better-than-expected print was driven by a rise in exports.

On a weekly level, the S&P 500 gained +.82% and was on track for another weekly advance. The S&P 500 sits just below Tuesday's record and is up 17% for the year. The Dow Jones Industrial Average also climbed 0.1% after entering the day 1.4% below last year's record but will finish the week in negative territory losing -.32%. The Nasdaq Composite dropped 0.1% and, as the S&P 500, was just below its record from earlier in the week and will post a weekly gain of +1.38%. 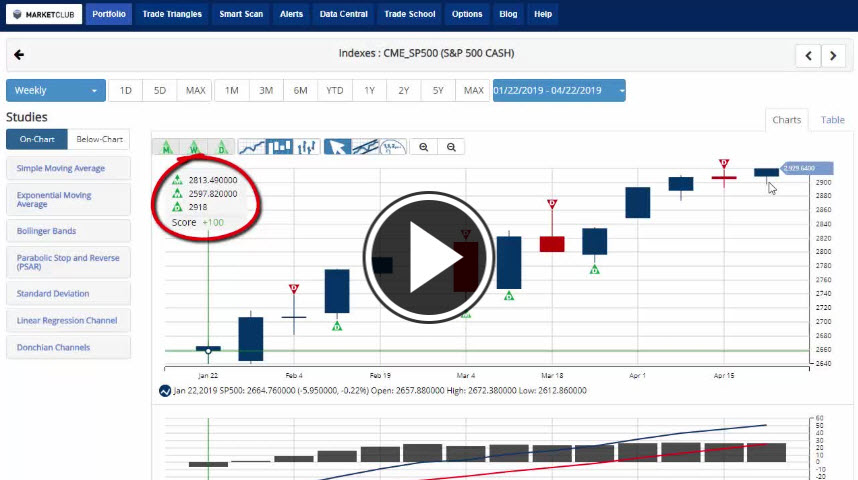 The U.S. dollar will back to back weekly gains with a gain of +.58% this week.

Gold, on the other hand, will post a weekly gain of .98%. This may be a short-term bounce that won't last with a long-term downtrend still in place.