Hello traders everywhere. The NASDAQ hit a record high of $8,052.40 in early trading as market sentiment was lifted by stronger-than-expected corporate earnings and solid economic data out of China. China's economy grew at a steady 6.4% pace in the first quarter, defying expectations for a further slowdown, adding to optimism that the economy may be starting to stabilize even as Beijing and Washington appear moving closer to a trade deal. 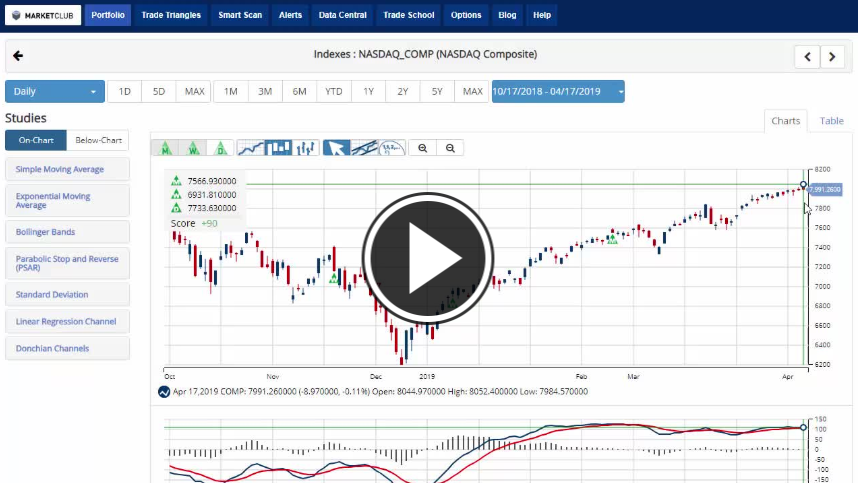 On this side of the trade conversation, The U.S. trade deficit fell to an eight-month low in February as imports from China plunged, suggesting President Donald Trump's "America First" agenda was starting to bear fruit.

The surprise narrowing in the trade gap reported by the Commerce Department on Wednesday also implied a much stronger pace of U.S. economic growth in the first quarter than initially anticipated at the start of the year.