Hello traders everywhere. Stocks struggled Monday as Wall Street braced for the busiest week of the earnings season. The DOW fell 40 points, while the S&P 500 and NASDAQ were little changed.

So far, the majority of corporate earnings reports have topped expectations. FactSet data shows 76.5% of the S&P 500 companies that have posted earnings have surpassed analyst estimates. Analysts came into the season with low expectations for the season, forecasting a 4.2% drop in profits. 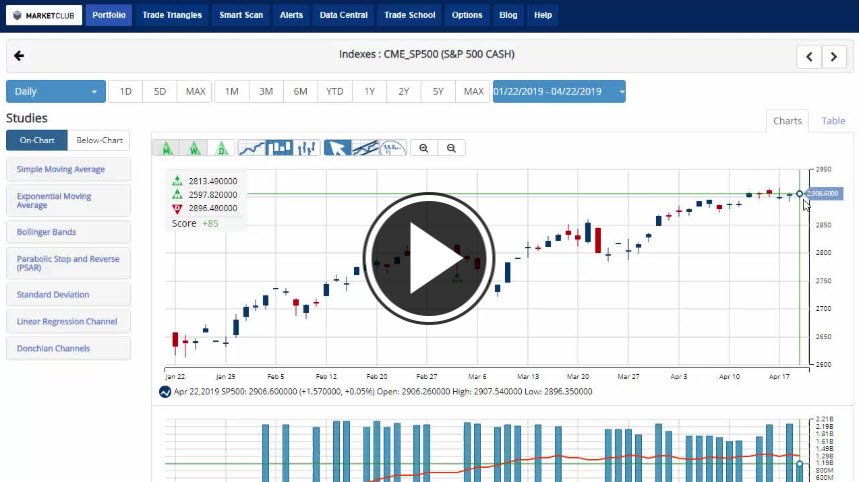 Crude oil is trading at it's highest levels since October of 2018 and is currently trading above $65 a barrel. The reason for the spike higher is that the United States demanded a cut off of Iranian oil exports to major importers like China and India who had been granted exemptions from sanctions, that statement rekindled fears that this by the U.S. could lead to a supply crunch.

Secretary of State Mike Pompeo, in a briefing on Monday, said the aim was to halt Iran's exports entirely, as it continues to pressure Tehran to curtail its nuclear program, ballistic missile tests and support for conflicts in Syria and Yemen.

The Trump administration said it was working with top oil exporters Saudi Arabia and the United Arab Emirates to ensure the oil market was "adequately supplied" but the market, already fretting about tight supplies, raised skepticism about whether Riyadh could take a slower approach in boosting exports.