Hello traders everywhere. Stocks are struggling to gain footing in the positive territory a day after the S&P 500 and NASDAQ both posted record closes. The NASDAQ itself set a new intra-day day high of $8,139.55 before retreating into and out of negative territory on the day. The S&P 500 is just 0.3% away from an intra-day record high of 2,940.91 which it hit on Sept. 21, 2018, after surging about 17% this year.

The move higher came less than six months after a massive drop in December, which led to Wall Street's worst year since the financial crisis. But a pivot by the Federal Reserve in monetary policy away from higher rates and the cooling of trade tensions between China and the U.S. helped stocks rally from those lows. 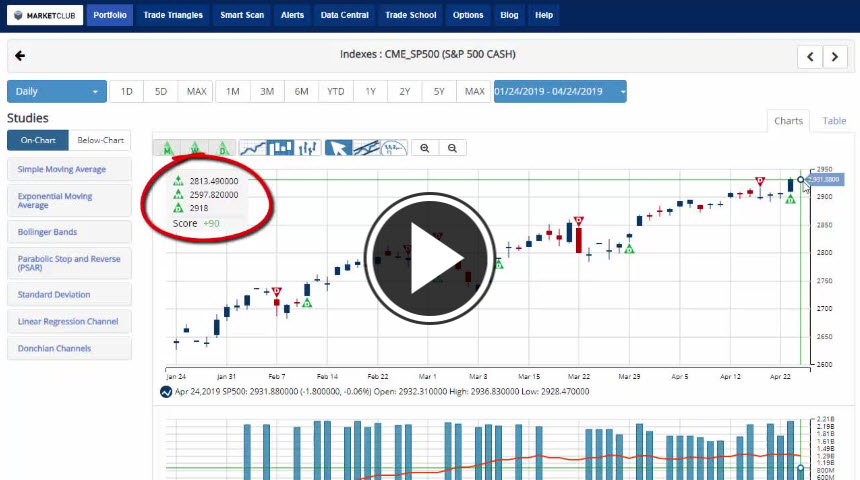 The DOW entered the day 0.6% below last October's all-time high but has failed to get out of negative territory today. There is still a slew of corporate earnings coming this week so look for the DOW to make a run at its own record high later this week.