Hello traders everywhere. For the first time since early March, all three indexes have traded below their 200-Day MA. In fact, they are also trading below their 50-Day MA as well, is this a signal that the stock market is set up to head lower? As we head into afternoon trading the DOW, S&P 500 and NASDAQ are down over -1% on the day with the DOW recovering slightly after being down 400 pts in early trading. 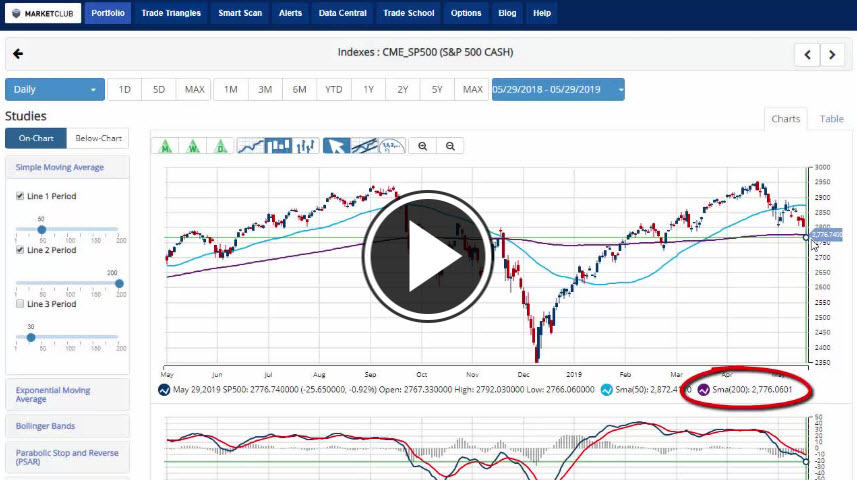 The 10-year Treasury note yield fell to its lowest level since September 2017 and traded around 2.22%. A portion of the so-called yield curve further inverted as 3-month Treasury bills last yielded 2.353%, well above the 10-year rate. A yield curve inversion is seen by traders as a potential sign that a recession is on the horizon.