Hello traders everywhere. Shortly after Bitcoin broke thru the $8,000 level it suffered it's biggest loss of the year trading as low as $6,178 on the day. Bitcoin has recovered more than 50% since the low hit earlier today. However, it is still down around -5% on the day at $7,071. Much like the recent massive move higher there doesn't seem to be a reason for the sell-off other than profit taking, so I'll just chalk it up to that. Look for the 30-day MA to provide support sitting right above the $6,000 level at $6,009.52. 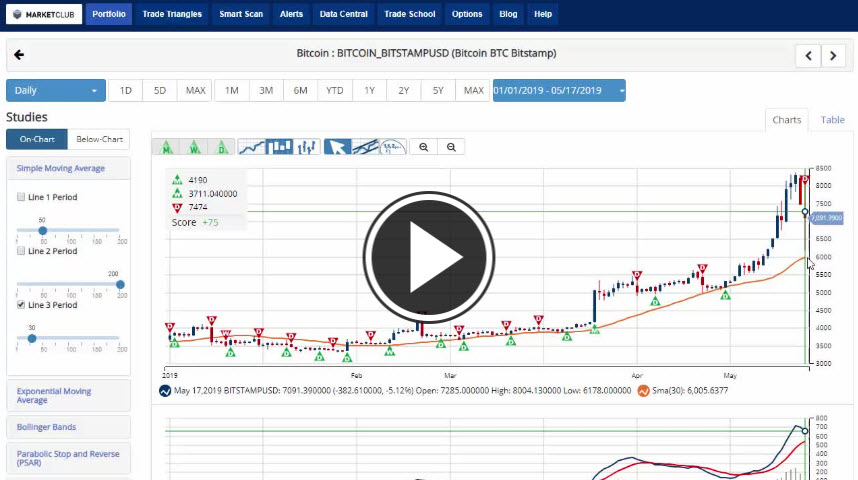 As for stocks, the market is ending the volatile week with a thud siting relatively unchanged as we enter afternoon trading. The DOW traded 10 points higher, erasing a 200-point drop, while the S&P 500 and NASDAQ traded below the flatline but also were off earlier lows.

One thought on “Bitcoin Suffers Its Biggest Loss Of The Year”