Hello traders everywhere. The stock market is making gains Friday, rebounding from two days of losses, as data showed U.S. job creation was stronger than expected in April. The U.S. added a robust 263,000 new hires in April, while the unemployment rate fell to 3.6%, the lowest since December 1969, according to a Labor Department report Friday. The nonfarm payroll growth far outpaced Wall Street expectations of 190,000 and a 3.8% jobless rate, according to Dow Jones estimates. 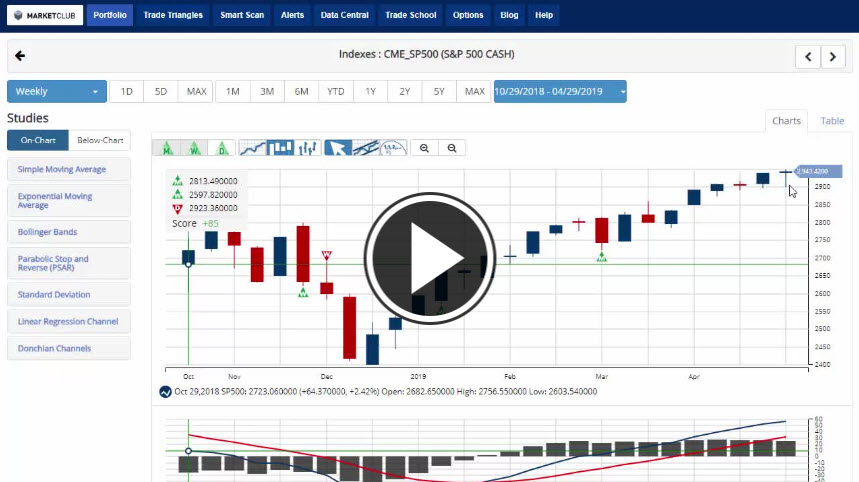 The U.S. Dollar will lose -.47% on the week after two straight weeks of gains. Even with the loss, the dollar is still above our key level to watch at $96.83.

Crude oil prices plunged on Thursday to the lowest in a month losing -2.67% after falling over -4% in early trading. This plunge came after U.S. government data showed on Wednesday that inventories hit their highest since September 2017 and production soared to another record level last week.

Gold is on the move higher today gaining +.75% trying to erase a weekly loss that now stands at -.50%. Gold is near its lows of the year and should see a short-term bounce higher in the next few days.

Bitcoin has finally made a move higher to trade above the $5,700 level, trading at $5,716.09 at the time this piece was published. That's the first time it's traded above this level since Nov. of 2018. The rally to 5.5-month highs has strengthened the bullish case put forward by the cryptocurrency's recent bounce from the crucial 30-day moving average (MA). Could we see prices rise to $6,000 over the next few days?