Hello traders everywhere. While the S&P 500 and NASDAQ have hit record highs in recent days the DOW is biding its time. Last week the DOW was within 255 points of hitting a new all-time high above 26,951.81 but failed to have any sort of follow through this week, now sitting roughly 300 points away. Will we get there this week? I'm not sure, but overall earnings season is turning out better than analysts had expected. Of the companies that have reported so far, 75% have beaten earnings estimates, according to FactSet. You would think that would be enough to push all three indexes to record levels. 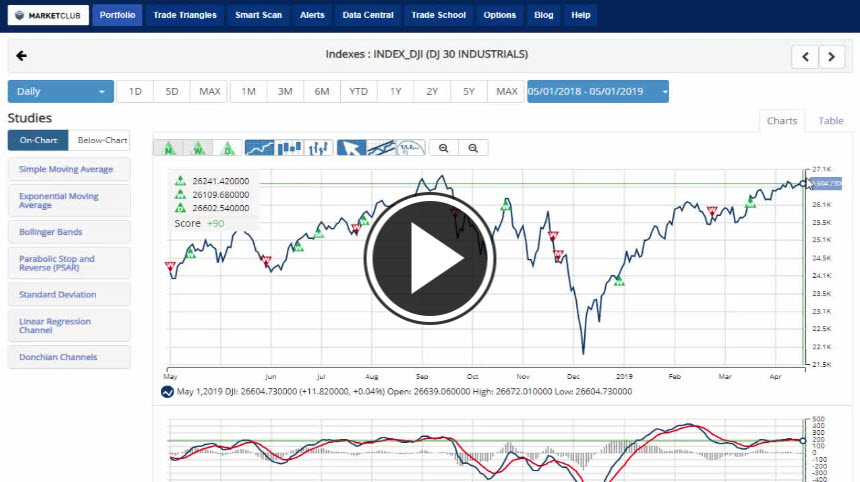 The stock market got a boost after ADP and Moody's Analytics said private payrolls increased by 275,000 in April, easily blowing by a Dow Jones estimate of 177,000. The strong gain was led by an increase of 223,000 in payrolls within the services sector.

The report is the latest piece of economic data to top expectations. Last week, the Commerce Department said the U.S. economy grew at an annualized rate of 3.2% in the first quarter, easily surpassing expectations.

Wall Street is also looking ahead to an announcement from the Federal Reserve on monetary policy. The central bank is largely expected to keep rates steady but investors will look for clues about what the Fed thinks about inflation and where the economy is headed.