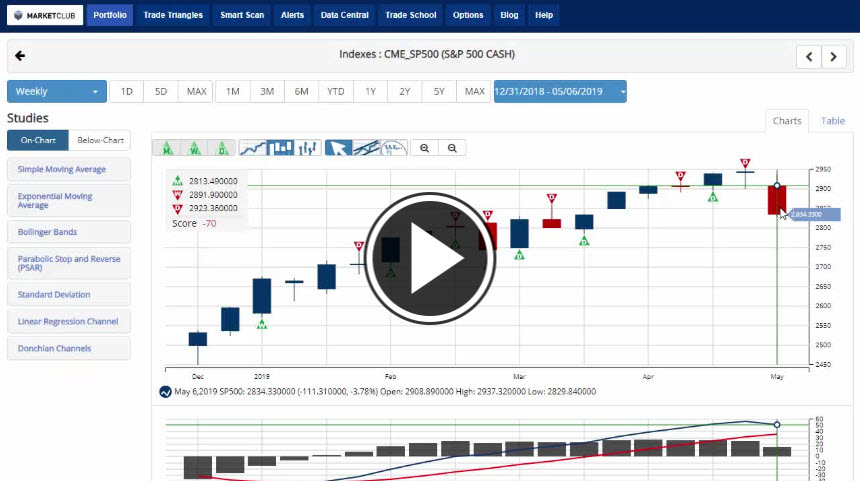 Stocks declined Friday as President Donald Trump said "there's no need to rush on a trade agreement with China" and "tariffs will make the United States stronger".

Trump signaled in a tweet Friday morning that he could stick with China tariffs for a long time. The comments came after he slapped higher tariffs — from 10% to 25% — on $200 billion worth of Chinese goods. The president added that tariffs will make the United States "much stronger," and "China shouldn't renegotiate deals with the U.S. at the last minute."