The Energy Information Administration reported that March crude oil production averaged 11.905 million barrels per day (mmbd), up 241,000 b/d from February. The rise was largely the result of the resumption of output from the Gulf of Mexico (GOM) which had been affected by unscheduled maintenance. Production rose by 191,000 b/d. 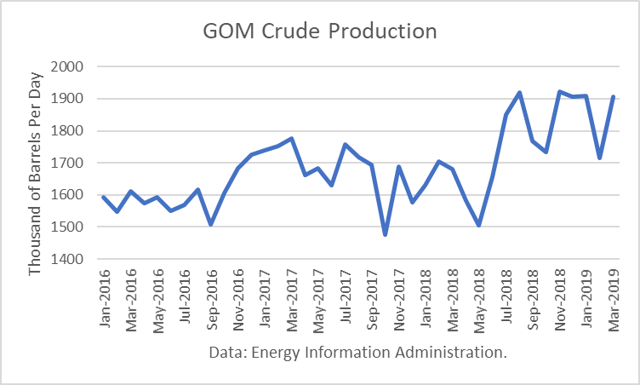 Elsewhere, there were gains of 42,000 b/d in North Dakota, 23,000 b/d in New Mexico and 16,000 b/d in Oklahoma. There was a decline of 17,000 b/d in Colorado and 5,000 b/d in Texas. A pause in the growth rate in Texas had been expected due to pipeline constraints which are expected to be alleviated in the second half of 2019. Nonetheless, crude production rose by a spectacular 1.441 mmbd from June through March. 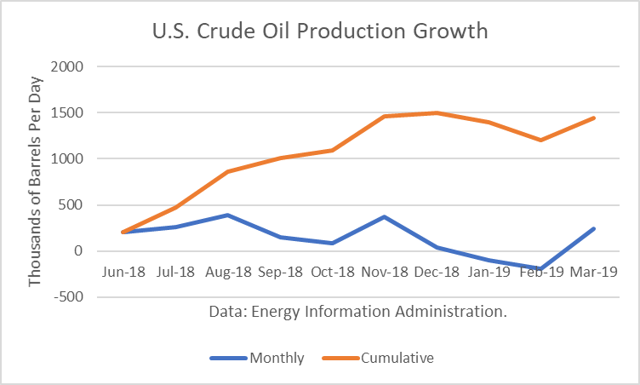 The year-over-year gains have been especially impressive with the March figure being 1.444 mmbd. And this number only includes crude oil. Other supplies (liquids) that are part of the petroleum supply add to that. For March, that additional gain is about 550,000 b/d. 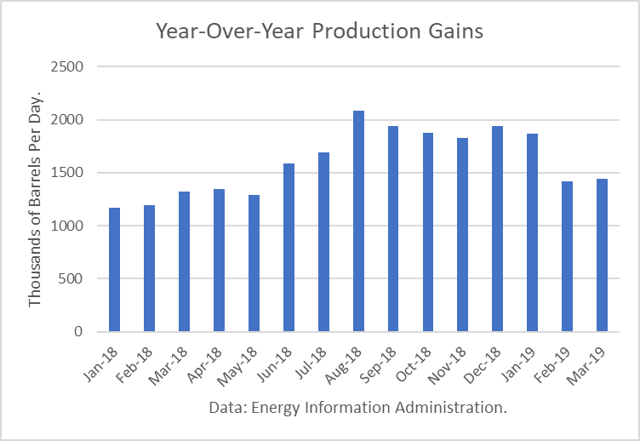 The EIA-914 Petroleum Supply Monthly (PSM) figure was 201,000 b/d lower than the weekly data reported by EIA in the Weekly Petroleum Supply Report (WPSR), averaged over the month, of 12.106 mmbd. 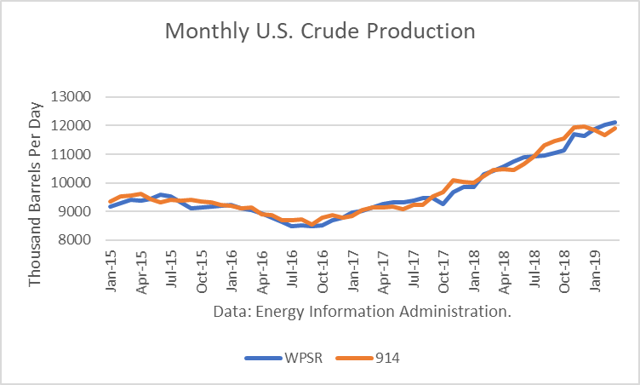 The March figure was 100,000 b/d lower than the 12.010 mmbd estimate for that month in the May Short-Term Outlook. That implies no need for another upward “rebenchmarking” to EIA’s model in future production levels at this time since the difference was not that large.

The EIA is projecting that 2019 production will average 12.440 mmbd. As shown below, the growth rate is likely to increase in the second half of 2019 due to debottlenecking in the Permian Basin. 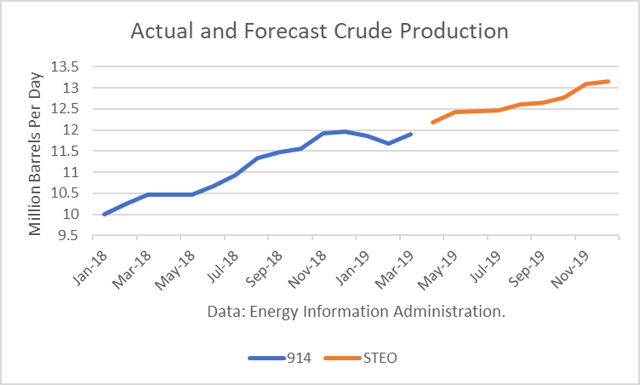 The recent lull in crude production was largely due to seasonal factors. However, some of the slowdown likely reflects the drop in oil prices during 4Q18. However, with oil prices dropping quickly, production may be impacted toward the end of the year, depending how far prices drop and how long they remain lower.