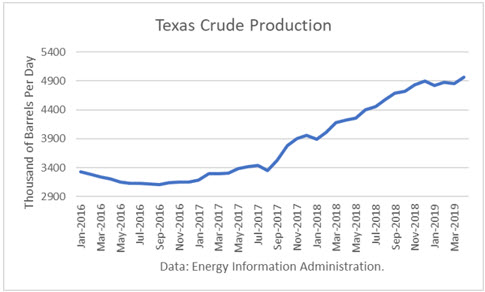 A pause in the growth rate in Texas had been expected due to pipeline constraints, which are expected to be alleviated in the second half of 2019 and the first half of 2020. Nonetheless, crude production set yet another record high in April. 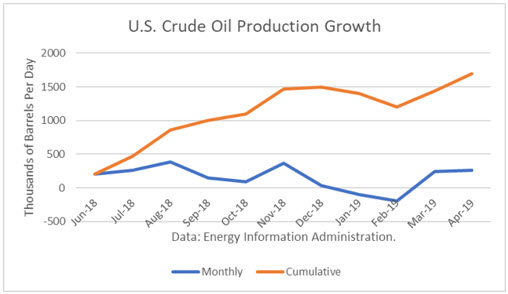 The year-over-year gains have been especially impressive with the April figure being 1.687 mmbd. And this number only includes crude oil. Other supplies (liquids) that are part of the petroleum supply add to that. For April, that additional gain is about 630,000 b/d. 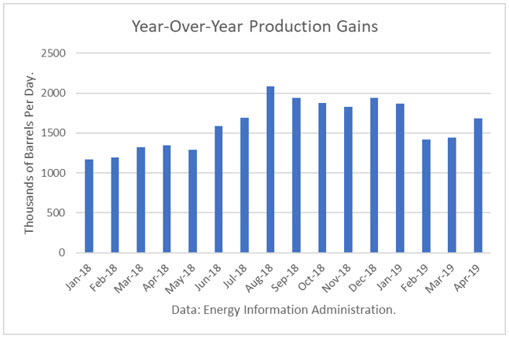 The EIA-914 Petroleum Supply Monthly (PSM) figure was 38,000 b/d lower than the weekly data reported by EIA in the Weekly Petroleum Supply Report (WPSR), averaged over the month, of 12.200 mmbd. 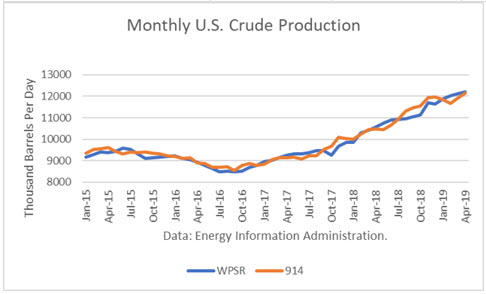 The April figure almost exactly at the 12.165 mmbd estimate for that month in the June Short-Term Outlook. That implies no need for another upward “rebenchmarking” to EIA’s model in future production levels at this time since the difference was so small. 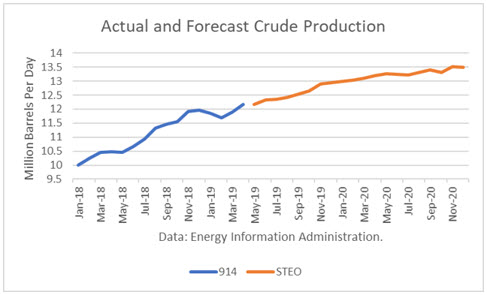 The recent lull in crude production in the first months of 2019 have been offset by two strong back-to-back gains in March and April. It appears that the precipitous price drop in the 4th quarter was not enough to dampen production growth. And the WTI in the upper $50s, the surge should continue as pipelines are completed in Texas.