The Energy Information Administration released its Short-Term Energy Outlook for August, and it shows that OECD oil inventories likely bottomed last June 2018 at 2.805 billion barrels. It estimated stocks dropped 16 million barrels in July to 2.887 billion, 61 million barrels higher than a year ago.

However, for the balance of 2019, OECD inventories are projected to rise, on balance. The third quarter seasonal stock draw is over. At year-end, EIA projects 2019 to be at 2.901 million barrels, 40 million more than at the end of 2018. For 2020, EIA projects that stocks will build 58 million barrels to end the year at 2.959 billion. 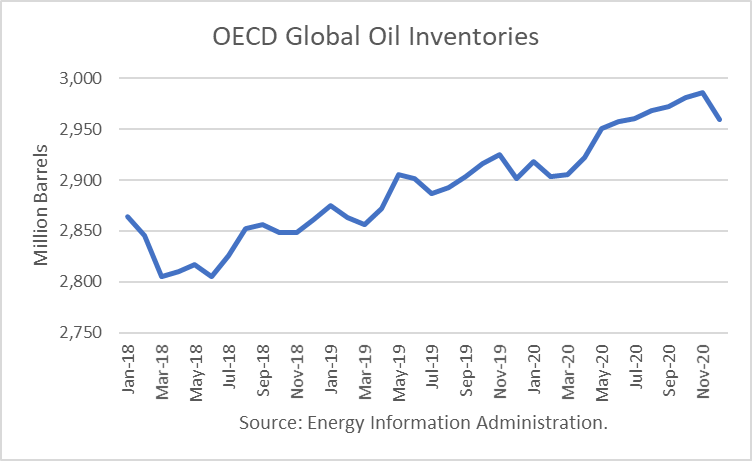 The EIA has revised its estimates for future OPEC production down significantly, given the sanctions on both Iran and Venezuela. For much of the balance of 2019 and 2020, it expects OPEC production to remain under 30 million barrels per day. July was reported at 29.61 mmbd. 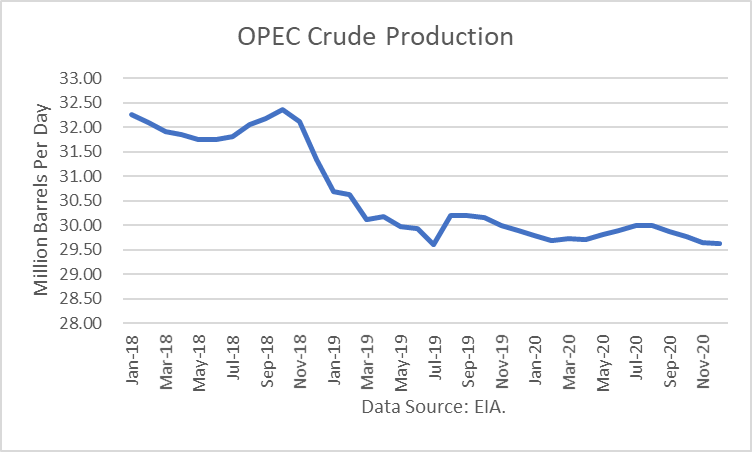 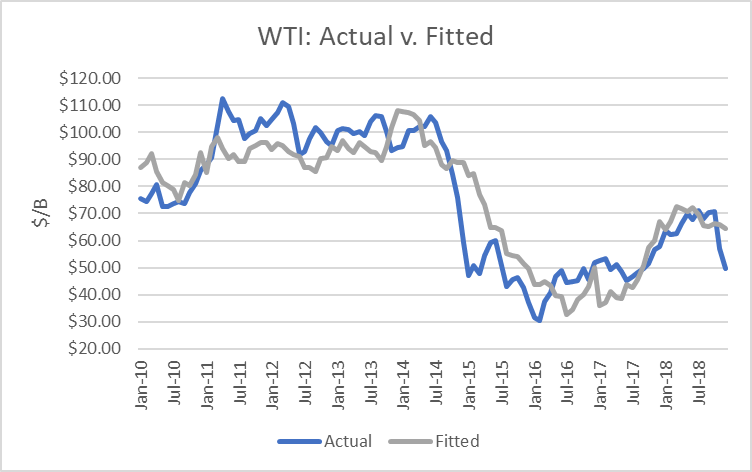 I used the model to assess WTI oil prices for the EIA forecast period through 2019 and 2020 and compared the regression equation forecast to actual NYMEX futures prices as of August 12th. The result is that oil futures prices are presently undervalued until April of next year.

After April 2020, it shows the valuations dropping down to where NYMEX futures prices are in the low $50s and then falling below $50/b. 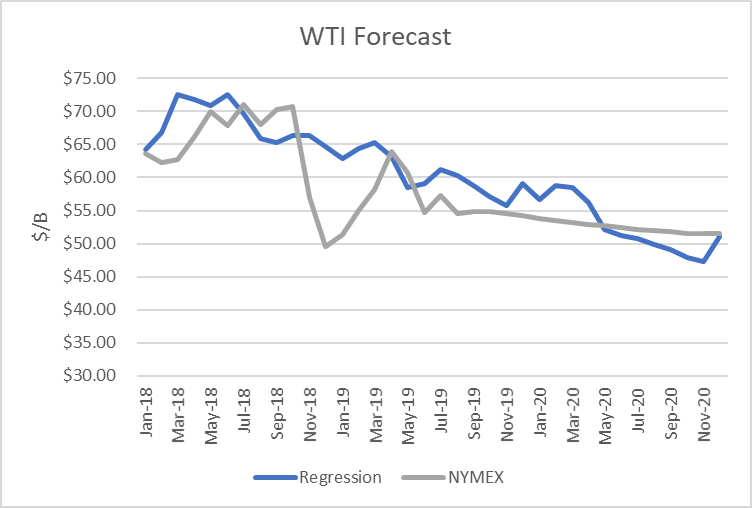 A key uncertainty playing out is the trade war with China. News that another 10% tariff would go into effect September 1st caused prices to drop heavily amid warnings of slowing economic growth and even possibly a recession as a result.

And then on August 13th, the U.S. trade representative announced that tariffs on certain items, such as cell phones and other Apple products, would be delayed until December 15th. That caused an immediate spike in oil prices.

With the presidential election coming in November 2020, it seems likely that China will just wait-to-see if Trump is re-elected before making any meaningful concessions.

Another key uncertainty is whether China allows higher crude oil imports from Iran as a countermeasure in the trade war. Such a move would frustrate U.S. attempts to bring Iran to the negotiating table but could ironically, cause oil prices to drop, which makes China’s crude imports cheaper. The cause of the drop would be higher oil exports from Iran.

Finally, Venezuela remains a key uncertainty. EIA estimated its production at 720,000 b/d for July. However, it was reported that a Chinese firm has agreed to help the country restore its refinery operations in a trade for oil. The restoration is expected to take six to twelve months and again would frustrate U.S. attempts to bring that country to its knees.

Based purely on the model, oil prices are currently undervalued as of August 12th. But oil price expectations seem likely to get whipped around by developments surrounding the uncertainties mentioned above.

One thought on “World Oil Supply And Price Outlook, August 2019”