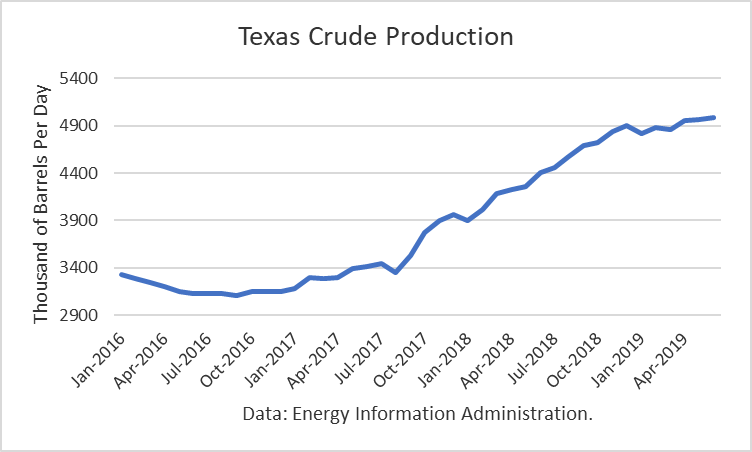 A pause in the growth rate in Texas had been expected due to pipeline constraints, which are expected to be alleviated in the second half of 2019 and first half of 2020. Nevertheless, Texas production reached a new all-time high of 4.982 mmbd. 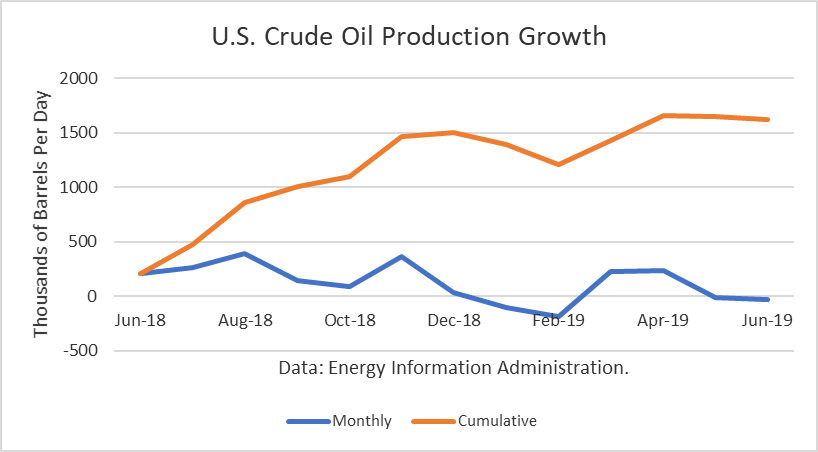 The year-over-year gains have been especially impressive with the June figure being 1.410 mmbd. And this number only includes crude oil. Other supplies (liquids) that are part of the petroleum supply add to that. For June, that additional gain is about 540,000 b/d.

The EIA-914 Petroleum Supply Monthly (PSM) figure was 125,000 b/d lower than the weekly data reported by EIA in the Weekly Petroleum Supply Report (WPSR), averaged over the month, of 12.207 mmbd. 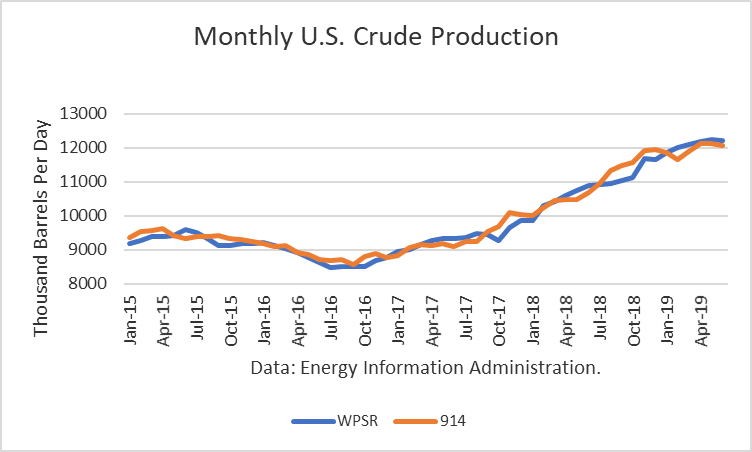 The June figure was about 60,000 b/d higher than 12.020 mmbd estimate for that month in the August Short-Term Outlook. That implies no need for another upward “rebenchmarking” to EIA’s model in future production levels at this time since the difference was not large enough to warrant it. 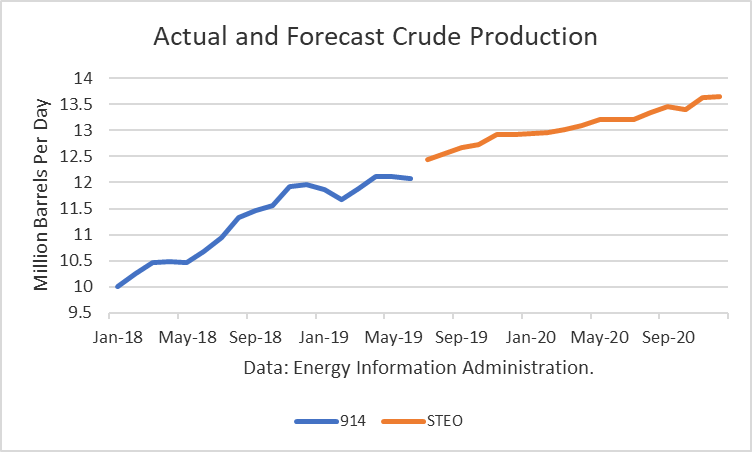 Two Permian crude oil pipelines have begun shipping oil to the Gulf Coast in the past two weeks, and a third is scheduled to begin shipments by year-end. Plains All American Pipeline LP’s (PAA) Cactus ll pipeline is expected to ship 300,000 b/d in August and to be at full capacity, 670,000 b/d, in September. EPIC Midstream’s crude oil pipeline began shipping 400,000 b/d. It is designed to ship 440,000 b/d from the Permian and another 150,000 b/d from the Eagle Ford. 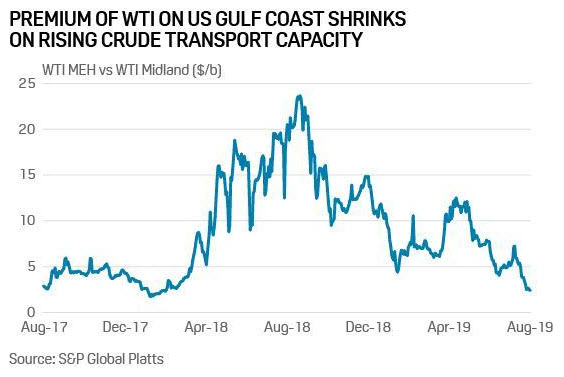 The gain in crude production growth was stymied in the first half of 2019 due to constraints in takeaway capacity from the Permian Basin. However, the EIA just estimated U.S. production of 12.5 million barrels per day, and the outlook for the balance of 2019 and for 2020 is for renewed growth.

One thought on “U.S. Crude Production Growth Paused In 1H19”