The large gain in U.S. crude production in September was masked by a temporary GOM decline. 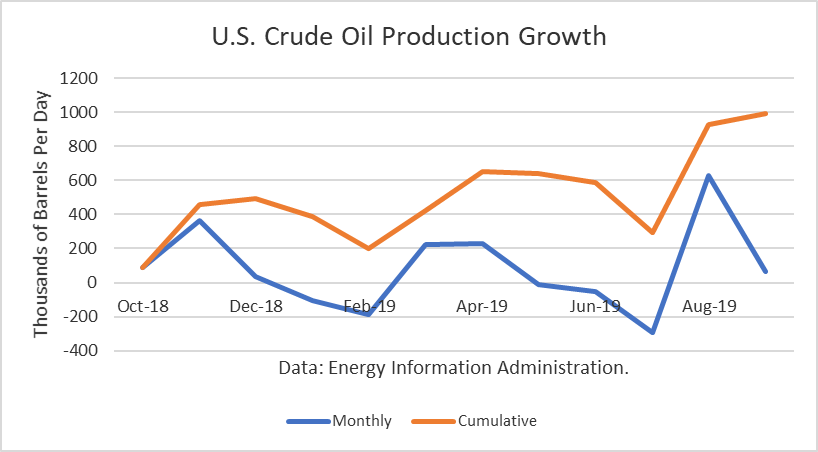 The gains from last September have amounted to 993,000 b/d. And this number only includes crude oil. Other supplies (liquids) that are part of the petroleum supply add to that. For September, that additional gain is about 250,000 b/d. 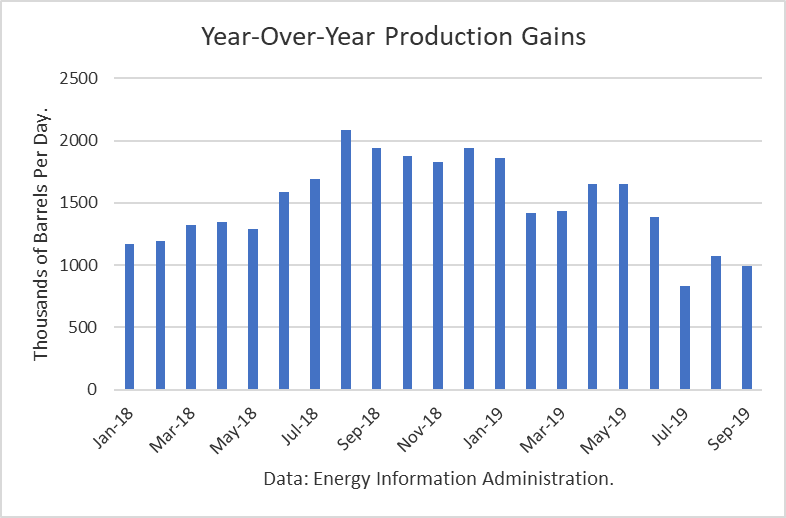 The EIA-914 Petroleum Supply Monthly (PSM) figure was 20,000 b/d higher than the weekly data reported by EIA in the Weekly Petroleum Supply Report (WPSR), averaged over the month of 12.443 mmbd. 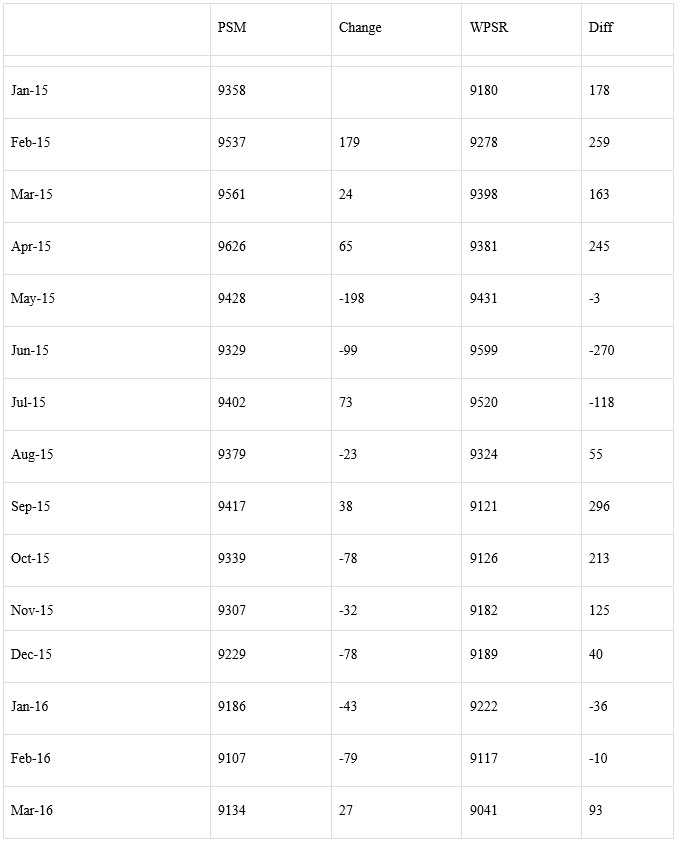 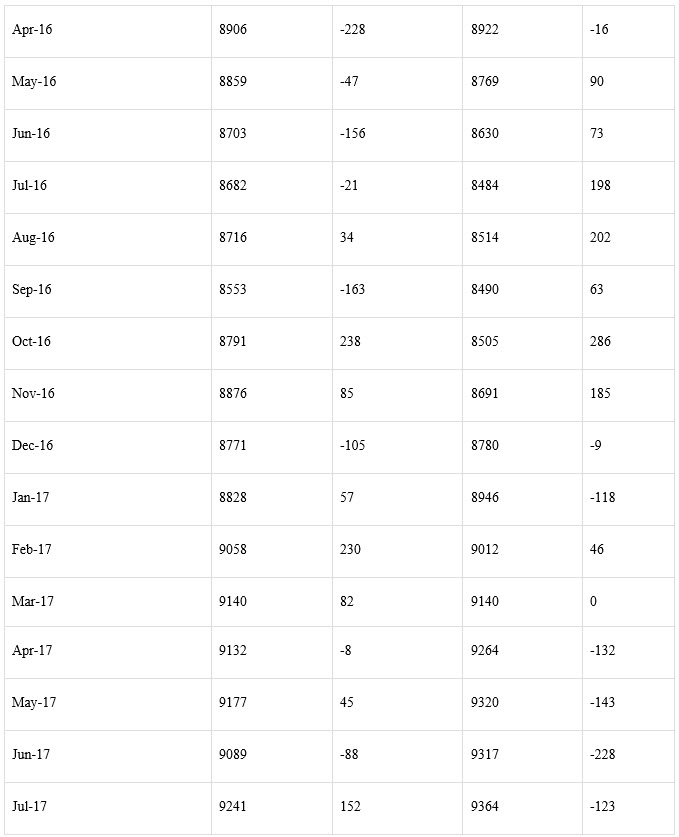 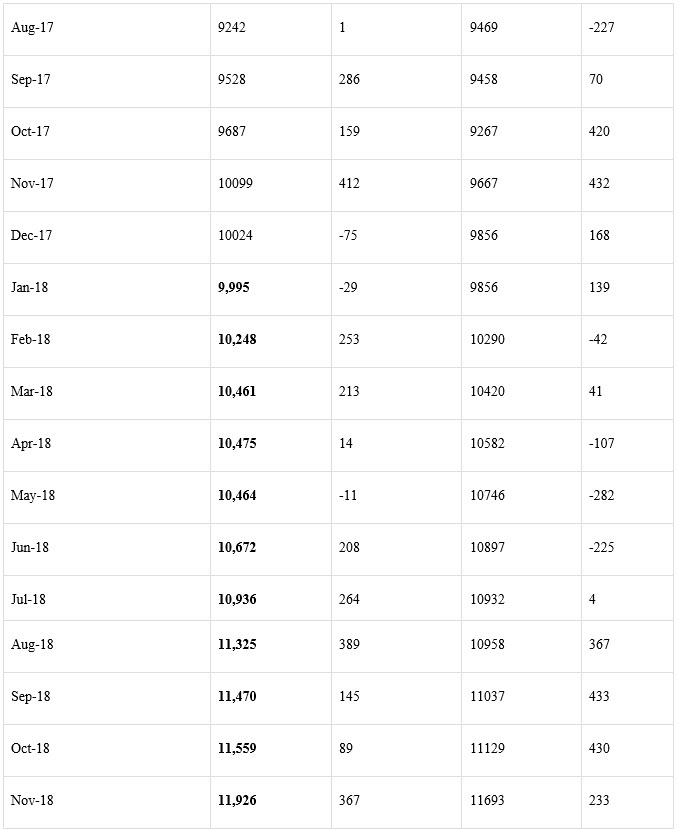 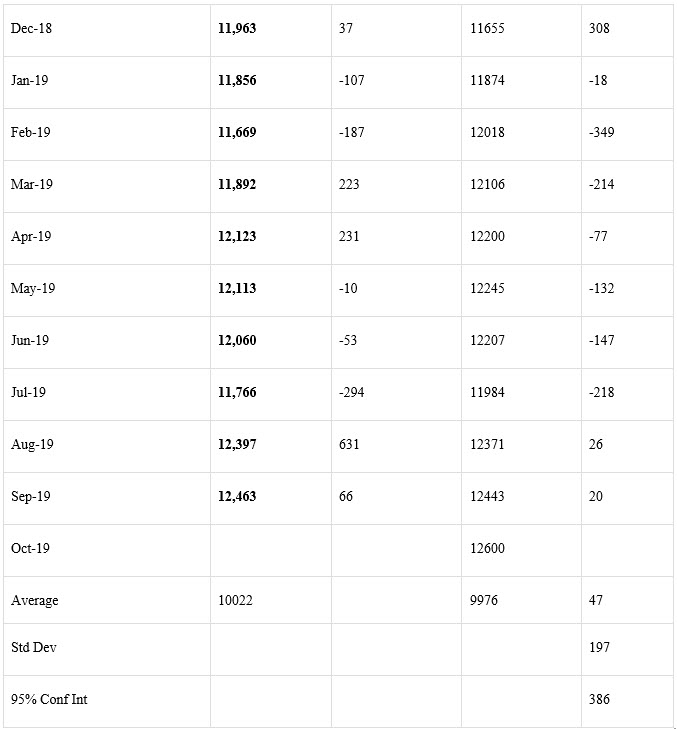 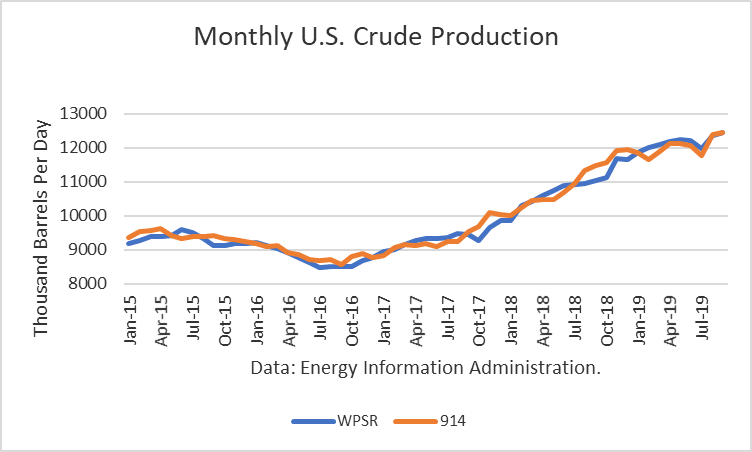 The September figure was about 120,000 b/d lower than 12.590 mmbd estimate for that month in the November Short-Term Outlook. The 114,000 b/d drop in the Gulf of Mexico accounts for almost all of that difference. And so that implies no need for another upward “rebenchmarking” to EIA’s model in future production levels at this time since the difference was not large enough to warrant it.

The temporary decline in GOM crude production masked what would have been a large gain in September. I am expecting the new pipeline takeaway capacity to push Permian production much higher in the final months of 2019. However, the gain in 2020 is now looking much more muted than in the past few years.