The Energy Information Administration released its Short-Term Energy Outlook for December, and it shows that OECD oil inventories likely bottomed last June 2018 at 2.800 billion barrels. It estimated stocks were unchanged in November at 2.950 billion, 103 million barrels higher than a year ago. 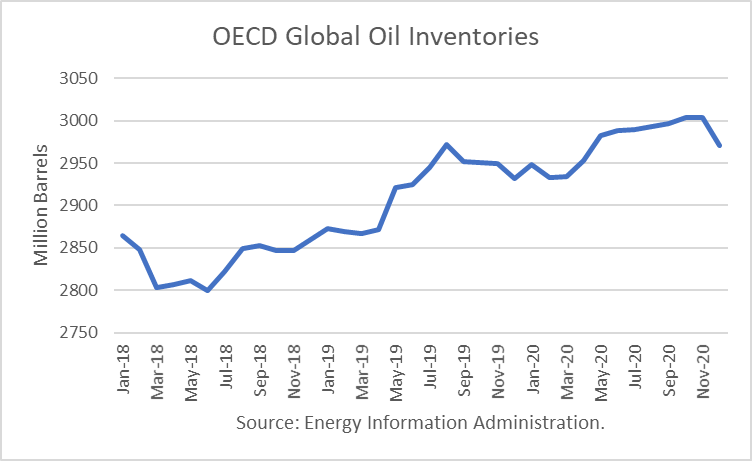 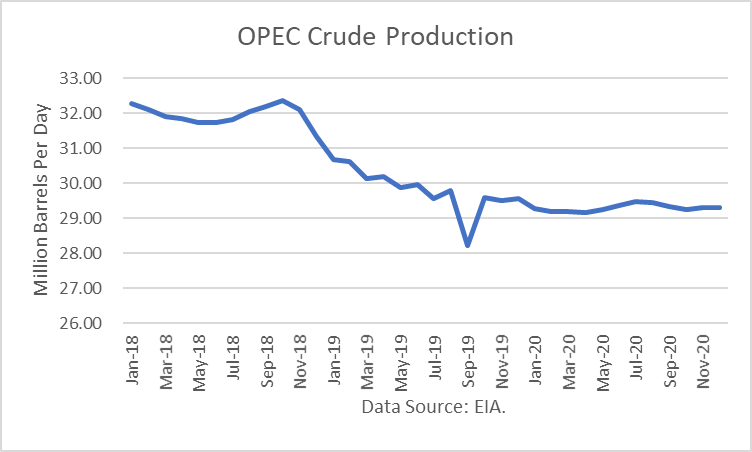 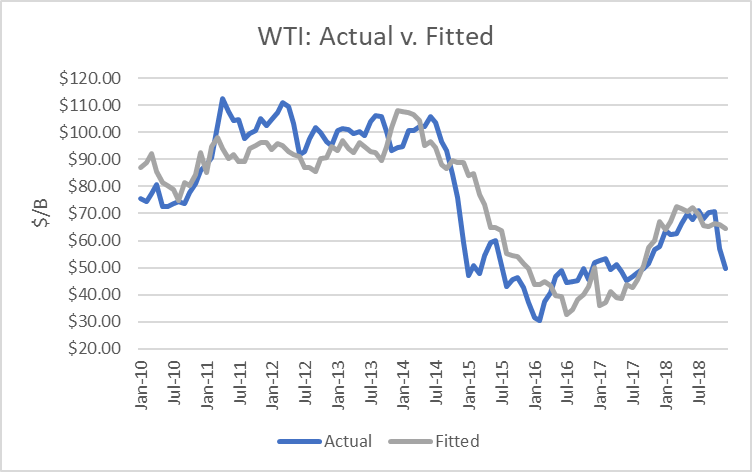 I used the model to assess WTI oil prices for the EIA forecast period through 2019 and 2020 and compared the regression equation forecast to actual NYMEX futures prices as of December 10th. The result is that oil futures prices are presently overvalued for the forecast horizon. Around May or June, it shows the valuations dropping down to where NYMEX WTI futures prices are below $50/b. 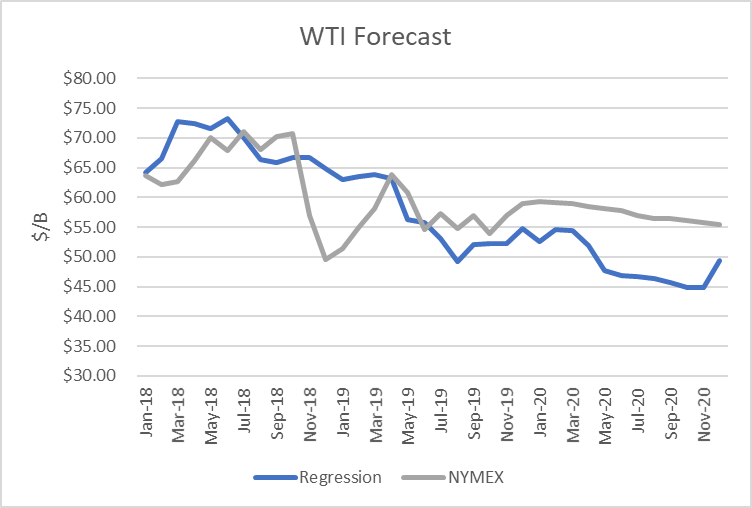 The 4Q18 proved that oil prices can move dramatically based on expectations and that they can drop far below the model’s valuations. The attack on Aramco’s oil facilities also proved they can rise above the model-derived price.

Non-OPEC production is projected to increase by more than 2.4 million barrels per day in 2020. In addition to U.S. production gains, higher production is expected in Norway, Brazil, Canada, and Guyana. These gains will pressure OPEC+ to cut back further, and OPEC’s willingness to do so is a major uncertainty. OPEC announced further “adjustments” to production at the last meeting and have scheduled an extraordinary meeting in early March to reassess.

In addition, the ending of Iran sanctions and return of their 1.7 million barrels per day of exports is another major unknown. As the U.S. presidential election nears, there will be pressure on President Trump to make a new deal to justify his actions. It could also be a strategy to reduce U.S. gasoline prices to help consumers and farmers.

Another key uncertainty playing out is the trade war with China. A phase one deal is reportedly likely in December. It is important for Trump to get a deal that will help agricultural exports to China during the election cycle. This factor could also boost oil demand marginally.

Finally, Venezuela remains a key uncertainty. PDVSA reportedly budgeted for a 650,000 b/d increase in 2020. It had been reported that Rosneft will assist PDVSA to increase production.

Based purely on the model, oil prices are overvalued compared to futures prices. Global oil inventories have been revised up, and oil futures prices increased over the past month, both of which have contributed to the overvaluation.

Key to the near-term will be exactly how much OPEC+ producers reduce output and how strong or weak global demand is. The OPEC+ promises had a very limited effect on market sentiment.