The Energy Information Administration released its Short-Term Energy Outlook for April, and it shows that OECD oil inventories likely bottomed last June 2018 at 2.802 billion barrels. It estimated stocks built by 109 million barrels in March to end at 3.059 billion, 201 million barrels higher than a year ago. 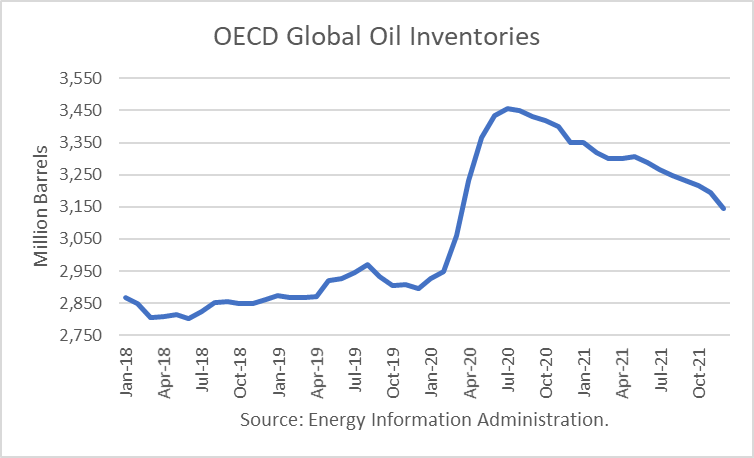 The EIA forecast was made prior to the OPEC+ decision to cut production and exports. According to OPEC’s press release:

“Adjust downwards their overall crude oil production by 9.7 mb/d, starting on May 1st, 2020, for an initial period of two months that concludes on June 30th, 2020. For the subsequent period of 6 months, from July 1st, 2020 to December 31st, 2020, the total adjustment agreed will be 7.7 mb/d. It will be followed by a 5.8 mb/d adjustment for a period of 16 months, from January 1st, 2021, to April 30th, 2022. The baseline for the calculation of the adjustments is the oil production of October 2018, except for the Kingdom of Saudi Arabia and The Russian Federation, both with the same baseline level of 11.0 mb/d. The agreement will be valid until April 30th, 2022, however, the extension of this agreement will be reviewed during December 2021.” 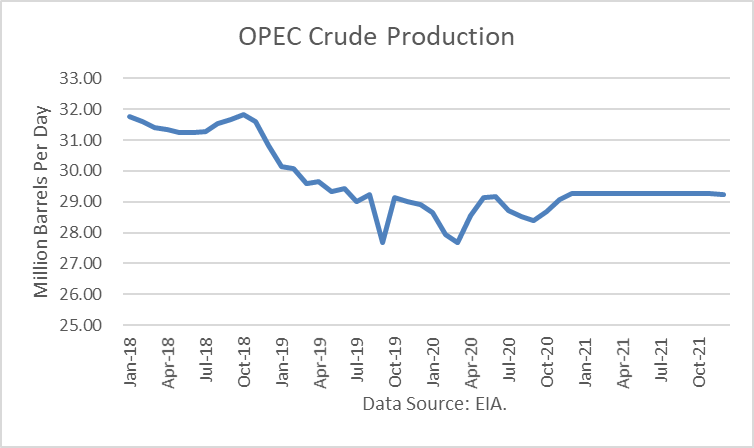 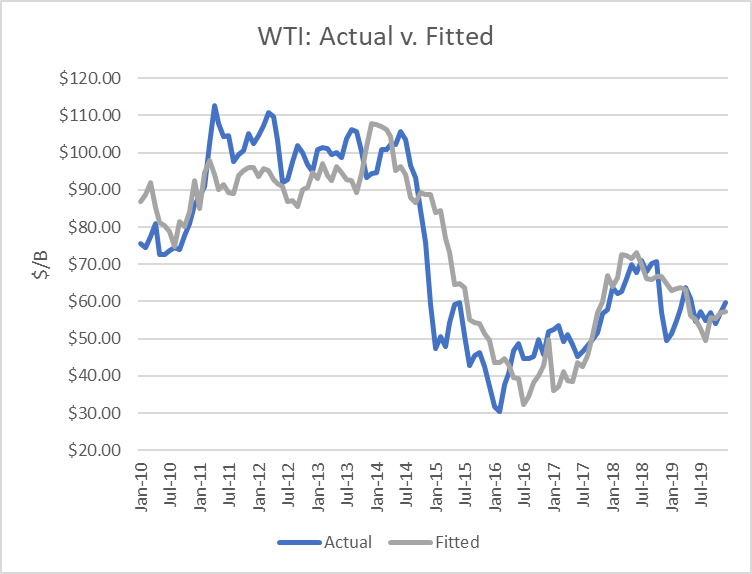 I used the model to assess WTI oil prices for the EIA forecast period through 2020 and 2021 and compared the regression equation forecast to actual NYMEX futures prices as of April 14th. The result is that oil futures prices are presently overvalued for the forecast horizon. The model predicts oil prices would drop below zero, were it not for the production cuts to be made by OPEC+. 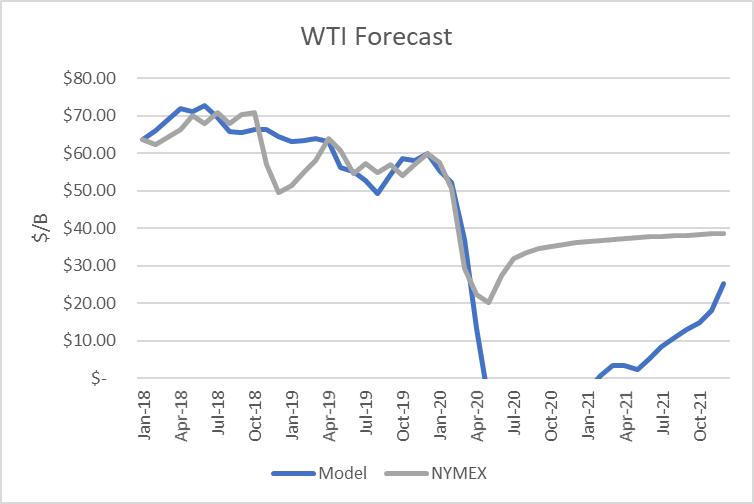 Global oil demand and supply estimates have never been as uncertain as they are right now. Estimates of demand destruction range from 15 million barrels per day to 35 million. Furthermore, it is highly uncertain how deep and long the demand destruction will be. As Bill Gates said recently, we are in “unchartered territory.”

At the same time, OPEC’s production agreement lacked any specificity as to how they will be attained. And we know that many oil fields would be permanently damaged, for example in Russia, if they are shut-in. And so it is highly suspect that they will be.

Finally, in market economies like the United States, where bankruptcy law can be used, shale companies can keep pumping after filing. The assets do not disappear.

The effects of the global oversupply due to demand destruction are just beginning to be seen in U.S. weekly statistics. The magnitude of the worldwide pandemic on demand are only rough estimates.

Never before have projections of both demand and supply been so uncertain. And no one knows how human behavior will be altered with regard to future travel by car or plane, which accounts for the bulk of petroleum use.

The impact on demand is more observable in both air and car traffic indicators. The impact on supply has not yet even begun to any great extent, and so inventories are all but certain to fill-up. Even when the current crisis comes to an end, no one knows whether it will erupt due to an “opening” of the economies around the world, or how long it will be for an effective vaccine to be developed and deployed.